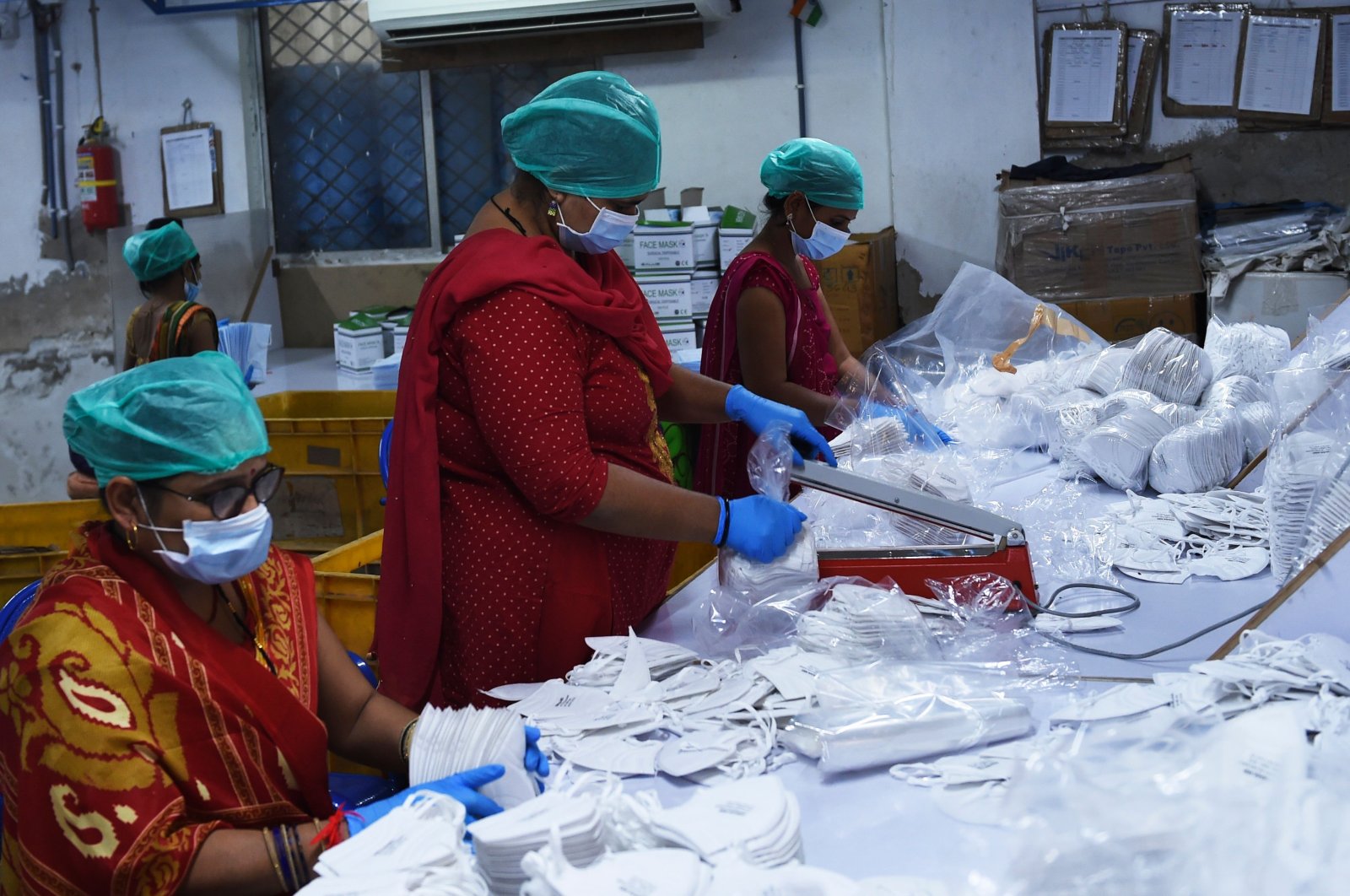 Employees wearing facemasks amid concerns of the spread of the COVID-19 coronavirus work at the production line of facemasks at Salus Products, a manufacturer of surgical disposable products, on the outskirts of Ahmedabad on March 12, 2020. (AFP Photo)
by French Press Agency - AFP Mar 12, 2020 8:47 pm
Edited By Nurbanu Tanrıkulu Kızıl

The man "has been Confirmed for #COVID19. The necessary contact tracing, isolation & other measures as per protocol are being carried out," B Sriramulu, health minister for Karnataka state, wrote on Twitter.

The man, who recently returned from Saudi Arabia and had a history of hypertension, diabetes and asthma, died on Tuesday night, according to the Press Trust of India (PTI).

Sriramulu said the man was from the city of Kalburgi, in the country's south.

India's growing number of cases now totals 73, according to a tally by Johns Hopkins University.

The announcement comes one day after the country of 1.3 billion suspended all tourist visas until April 15 and said it would quarantine travelers arriving from seven virus-hit countries.

The virus has so far infected more than 127,000 people globally and killed over 4,600, according to an AFP tally.