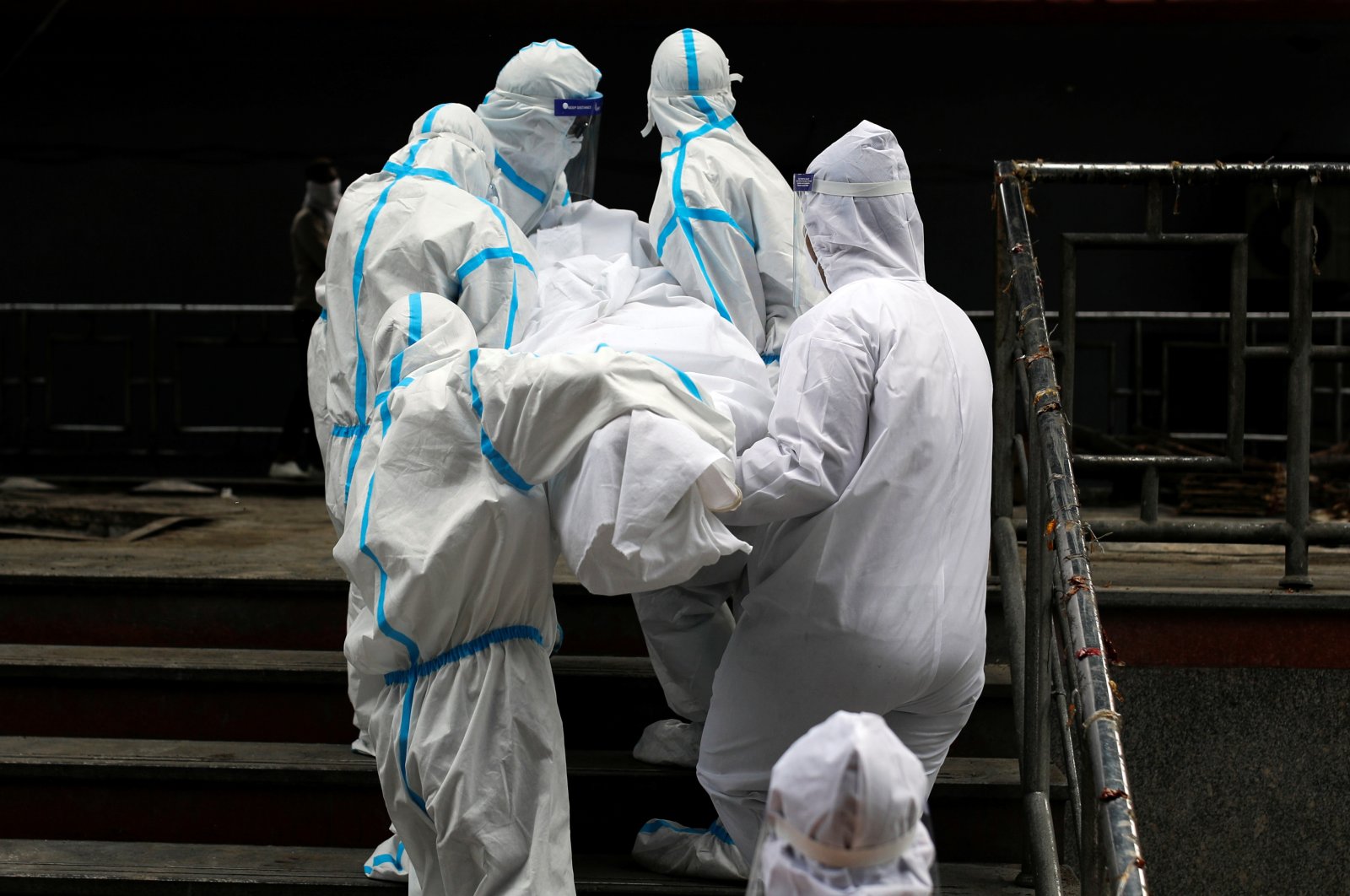 Health workers wearing personal protective equipment (PPE) carry the body of a man who died due to COVID-19, at a crematorium in New Delhi, India, Sept. 7, 2020. (Reuters Photo)
by Compiled from Wire Services Sep 08, 2020 12:16 pm

India recorded its highest daily death toll from the coronavirus in more than a month on Tuesday, even as new infections slowed, data from the health ministry showed.

India surpassed Brazil on Monday to become the country with the most coronavirus cases outside of the U.S. and has a cumulative caseload of 4.28 million.

The 90,802 cases added Monday pushed India's total past Brazil with more than 4.2 million cases. India is now behind only the U.S., where more than 6.2 million people have been infected, according to Johns Hopkins University.

The globe's second-most populous country with 1.4 billion people, India has been recording the world's largest daily increases in coronavirus cases for almost a month. Despite over 2 million new cases in the past month and the virus spreading through the country's smaller towns and villages, the Indian government has continued relaxing restrictions to try and resuscitate the economy.