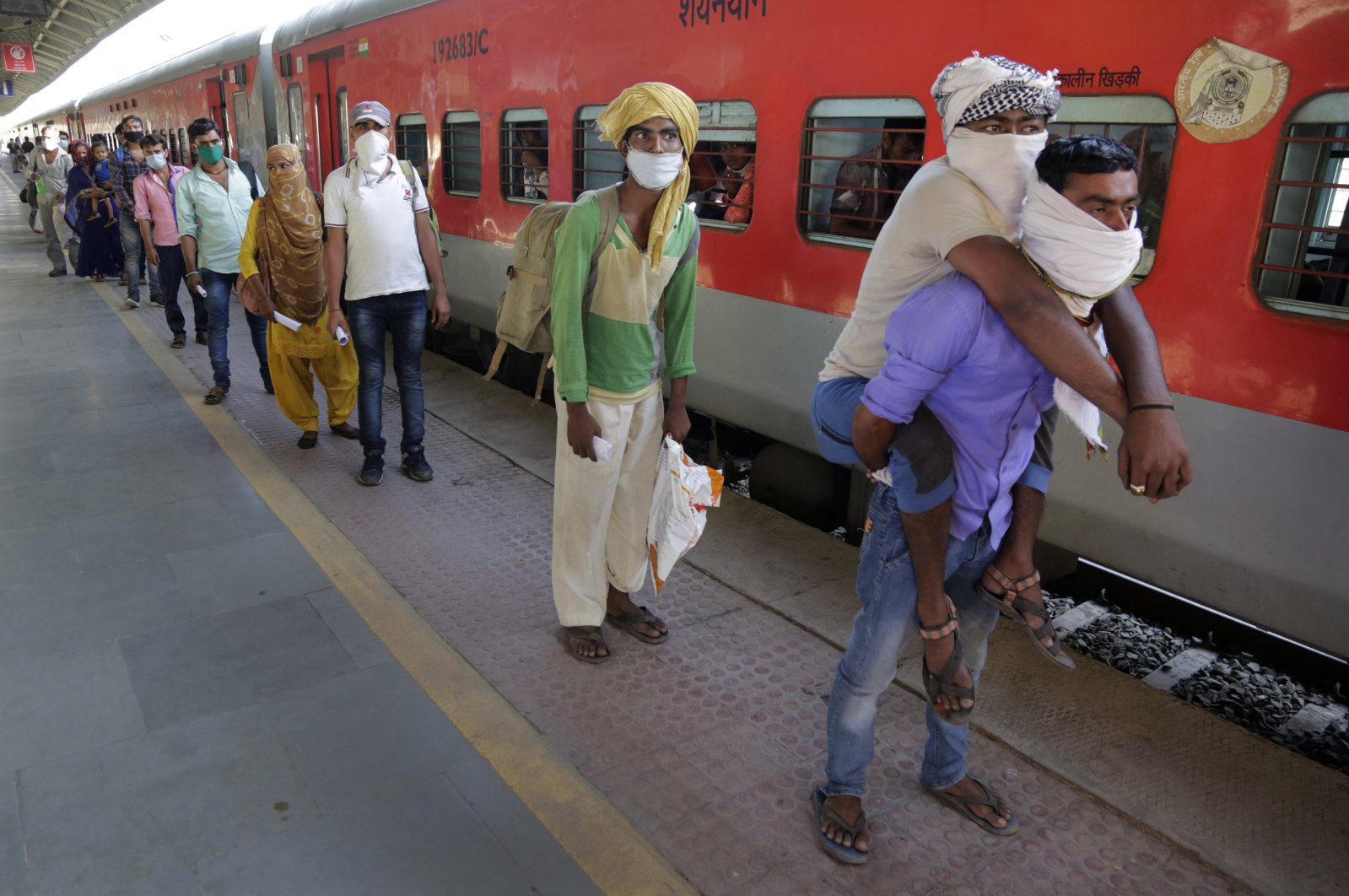 In this Saturday, May 2, 2020, photo, a man carries his physically disabled brother on his back as they wait to board a special train to return to Agra in Uttar Pradesh state, during a nationwide lockdown to curb the spread of new coronavirus, at a railway station in Ahmedabad, in the western Indian state of Gujarat. (AP Photo)
by Agencies May 16, 2020 9:49 am
RECOMMENDED

India’s coronavirus infection cases have surpassed China’s with the country's health ministry Saturday reporting the spike to 85,940 cases with 2,752 deaths.

In total, China has reported 4,633 deaths among 82,933 cases since the virus was first detected late last year in the central city of Wuhan.

So far, the death rate in India appears far better compared with China's 4,600. The toll in the United States, the United Kingdom and Italy is much higher.

Health Minister Harsh Vardhan was also encouraged by the slowing rate of infection, as it now takes 11 days for the number of cases to double, whereas before the lockdown cases were doubling every 3 1/2 days.

"Clearly the situation has improved due to lockdown. We have utilized this period of lockdown to accelerate public health measures such as case detection, contact tracing, isolation and management of cases," Vardhan said.

Indian officials say the low death rate could be because a majority of people infected with the virus were either asymptomatic or had mild symptoms and that the vast shutdown imposed early on had helped avoid a major catastrophe.

"India is still in the growth phase since total cases are still rising. Active cases are growing at 3.8% (daily) – and this needs to fall to 0% and decline subsequently for the country to recover overall," Shamika Ravi, a Brookings expert and former member of the Indian Prime Minister's Economic Advisory Council, said.

One area of concern has been India's low testing in relation to its large population, public health officials say. The country has ramped up testing since the beginning of April to 100,000 this week, but with 1.3 billion people on a per capita basis, it is trailing far behind other major countries such as the U.S., the U.K. and Italy.

Prime Minister Narendra Modi’s government is due to announce this weekend a decision over whether to extend the 54-day-old lockdown. Early this month, it started gradually easing the restrictions to resume economic activity by allowing neighborhood shops to reopen and manufacturing and farming to resume. It also has resumed a limited train service across the country to help stranded migrant workers, students and tourists.