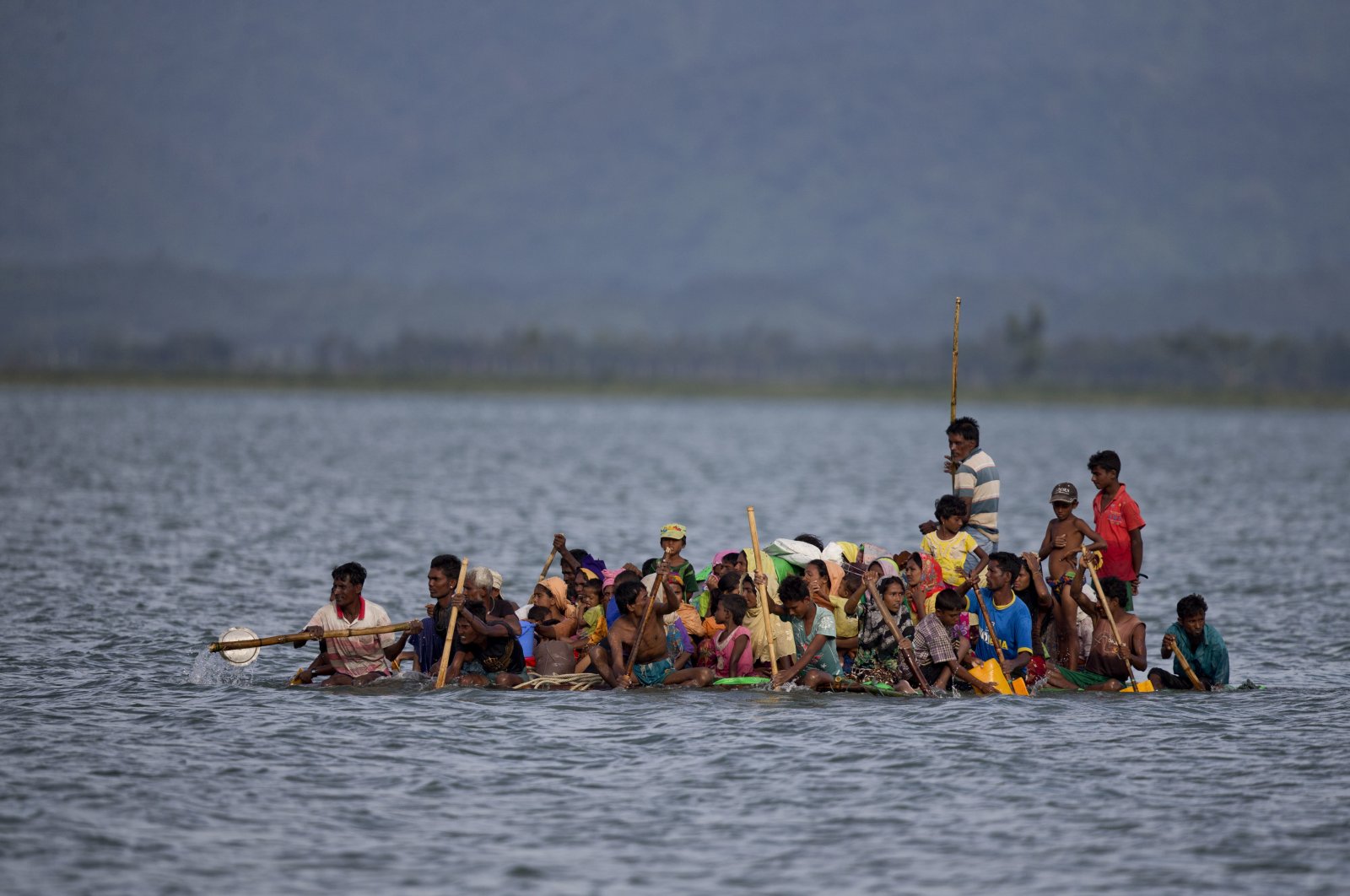 Rohingya Muslims use a makeshift raft made with plastic containers to cross the Naf river from Myanmar into Bangladesh, near Shah Porir Dwip, Bangladesh, Nov. 12, 2017. (AP Photo)
by REUTERS Feb 26, 2021 10:35 am
RECOMMENDED

India's coast guard found 81 survivors and eight dead on a boat crammed with Rohingya refugees adrift in the Andaman Sea, an Indian foreign ministry official said Friday, adding the survivors would not be allowed to enter Indian territory.

The United Nations refugee agency had raised the alarm earlier this week over the missing boat, which had set off on Feb. 11 from Cox's Bazar in Bangladesh, where refugee camps have been established for hundreds of thousands of Rohingya who fled neighboring Myanmar.

After four days at sea, the boat's engine failed, and those on board had run out of food and water, Srivastava said. Many were ill and suffering from extreme dehydration by the time they were rescued.

Two Indian coast guard ships were sent to help the refugees, 23 of whom were children, and the Indian government is in discussions with Bangladesh to ensure their safe return, he said.

India is not a signatory to the 1951 Refugee Convention, which spells out refugee rights and state responsibilities to protect them. It does not have a domestic law to protect the more than 200,000 refugees it currently hosts, including some Rohingya from Myanmar.

More than 1 million Rohingya who fled an army crackdown in Myanmar are living in crowded refugee camps in Bangladesh. Human traffickers often lure the refugees, promising them work in Southeast Asian nations.

"Bangladesh is respectful of its international obligations under the UNCLOS (The United Nations Convention on the Law of the Sea)," Bangladesh's foreign ministry said in a statement.

On earlier occasions when other littoral countries of the region repeatedly denied access to the Rohingyas adrift at sea, it was Bangladesh that came to the rescue, the ministry added.

The statement said the boat had been traced approximately 1,700 kilometers (1,056 miles) away from Bangladesh and 147 kilometers from India.

"Other states, particularly those on whose territorial water the vessel has been found, bear the primary responsibility and they should fulfill their obligation under international law and burden-sharing principle," the ministry said.