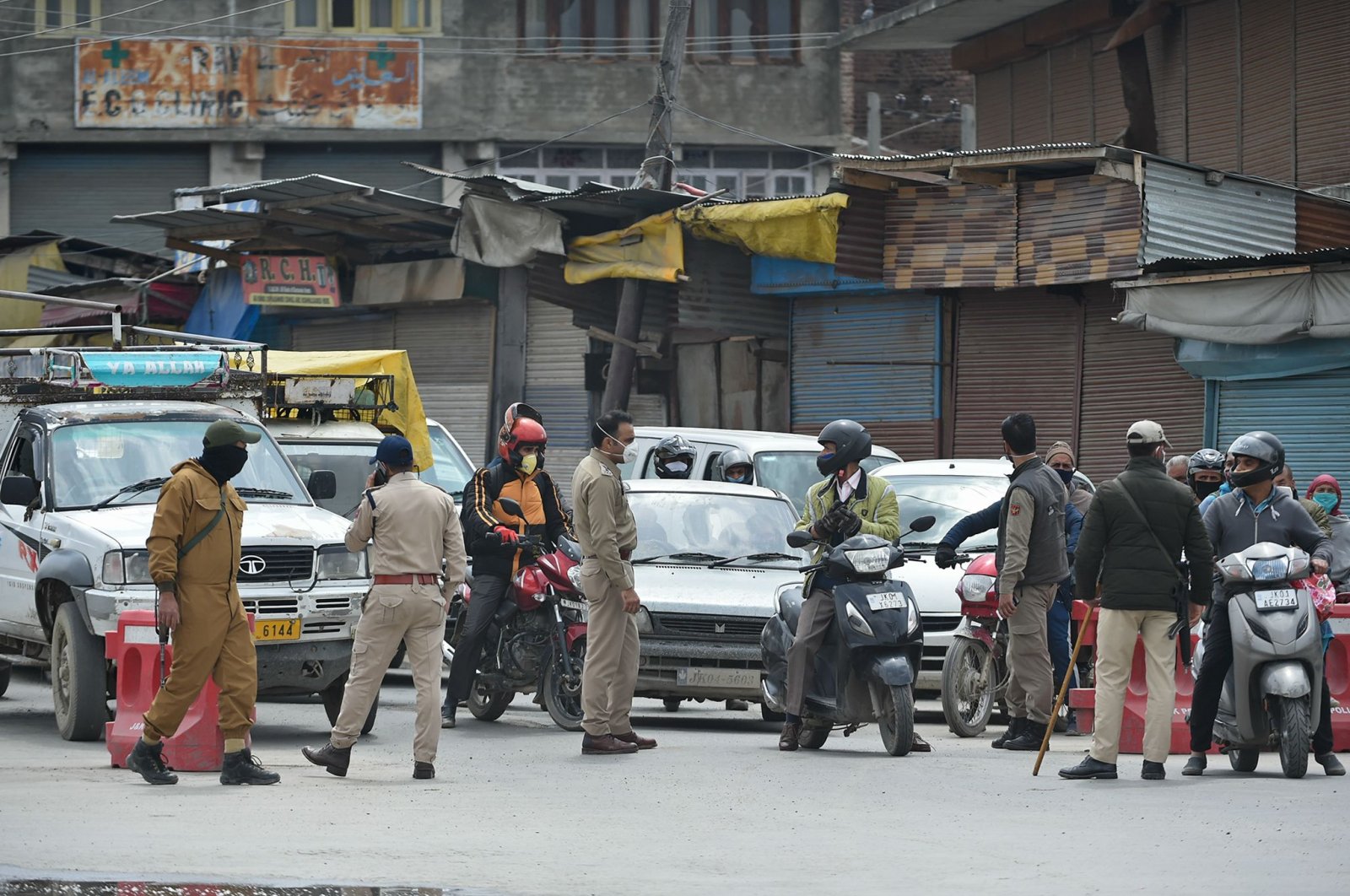 Indian police stops vehicles at a checkpoint during a government-imposed nationwide lockdown as a preventive measure against the COVID-19 coronavirus, in Srinagar on April 20, 2020. (AFP Photo)
by Associated Press Apr 22, 2020 1:24 pm
RECOMMENDED

Indian government forces killed four rebels in a gun battle in disputed Kashmir during a stringent lockdown to combat the coronavirus, the Indian army said Wednesday.

The fighting broke out in a village in southern Shopian district as counterinsurgency police and soldiers raided a house on a tip that militants were hiding there late Tuesday night, said army spokesman Col. Rajesh Kalia.

During the gunfight, troops blew up the house with explosives, a common tactic by security forces, residents said.

India has continued its counterinsurgency operations across Kashmir despite a coronavirus lockdown. Militants also have not ceased their attacks on government forces and alleged informants. On Sunday, militants attacked a paramilitary post and killed three soldiers.

The latest violence comes amid near daily fighting between Pakistani and Indian soldiers along the highly militarized frontier that divides Kashmir between the two rivals.

Officer Amritpal Singh said police had not yet identified the slain militants. Residents posting on social media said they were local rebels.

Last week, police secretly buried the bodies of two militants as "unidentified” in a faraway graveyard despite their families seeking to claim them.

According to human rights groups, thousands in Kashmir are buried in unmarked graves, most of them close to the frontier. Indian authorities say those militants are of foreign origin who sneaked into the Indian-controlled portion of Kashmir from Pakistani-administered territory to fight government forces.

India and Pakistan claim divided Kashmir in its entirety. Most Kashmiris support the rebel cause that the territory be united either under Pakistani rule or as an independent country while also participating in civilian street protests against Indian control.

Rebels have been fighting Indian control since 1989. India accuses Pakistan of arming and training the rebels, a charge Pakistan denies. Nearly 70,000 people have been killed in the uprising and the ensuing Indian military crackdown.