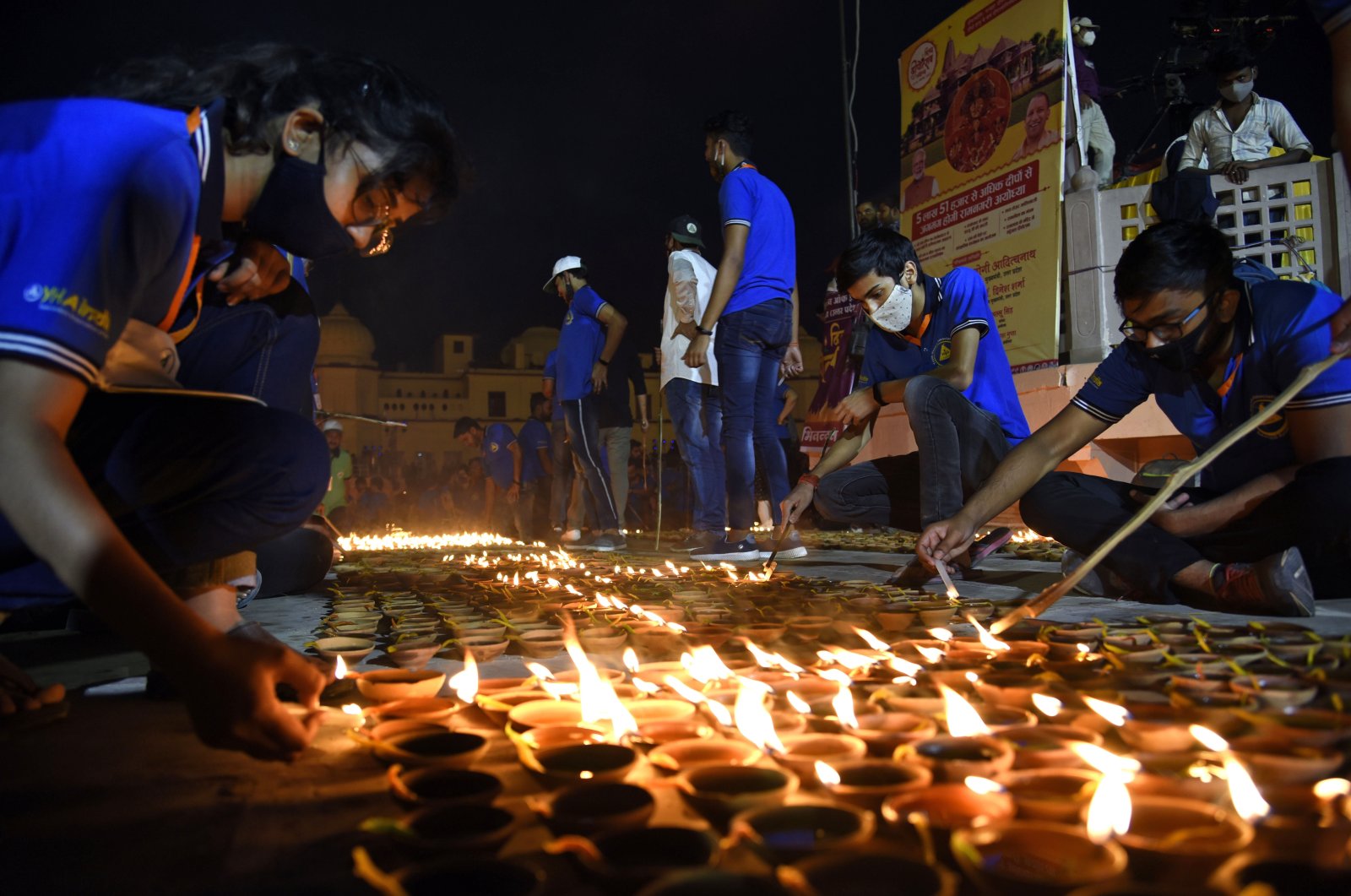 The north Indian city of Ayodhya kept its Guinness World Record for a second year by lighting 606,569 oil lamps and keeping them burning for at least 45 minutes as part of the celebration of Diwali, the Hindu festival of lights.

Thousands of volunteers lit the lamps, called diyas, along the Saryu river's banks, through lanes and at houses as dusk fell Friday in Ayodhya, where Hindus believe the god Ram was born and where he returned after 14 years in exile.

Representatives from Guinness World Records handed over a certificate to Yogi Adityanath, the state’s top elected official, after monitoring the ceremony with drone-mounted cameras, Kumar said.

This year's festival of lights comes after India’s top court allowed the construction of a temple to Ram in Ayodhya, ending a long legal battle between Hindus and Muslims over ownership of the land.

Hindus believe that a temple existed on the spot which was demolished by Mughals in the 15th century who built a mosque there. Hindu radicals demolished the mosque in 1992 during the legal battle.