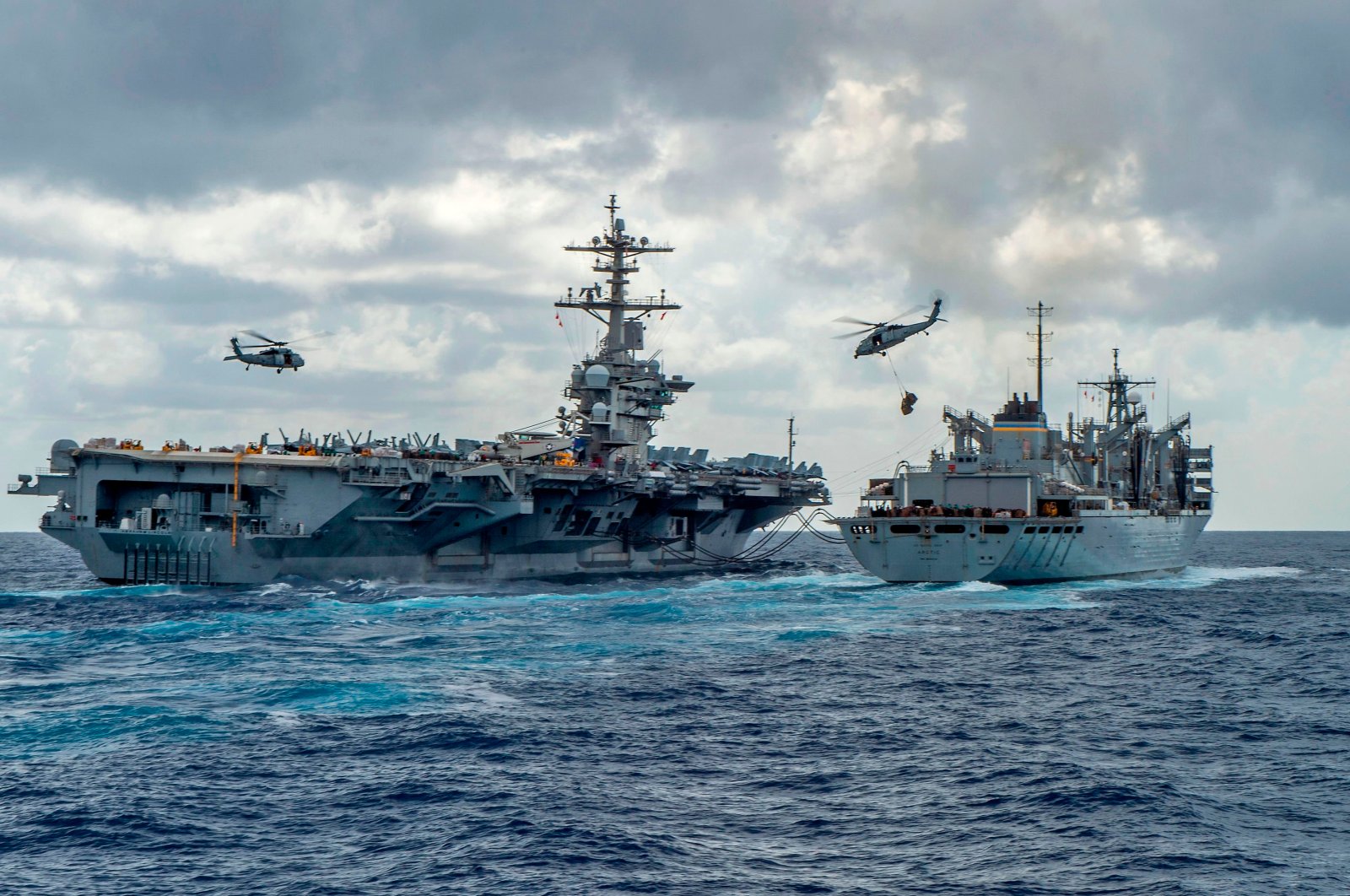 The Nimitz-class aircraft carrier USS Abraham Lincoln (CVN 72) conducts a replenishment-at-sea with the fast combat support ship USNS Arctic (T-AOE 9), while MH-60S Sea Hawk helicopters assigned to the "Nightdippers" of Helicopter Maritime Strike Squadron (HSM) 5 transfer stores between the ships, in this handout photo released by the U.S. Navy on May 8, 2019. (AFP Photo)
by REUTERS Jul 21, 2020 11:25 am
RECOMMENDED

Indian Navy ships held joint exercises with U.S. aircraft carrier Nimitz in the Indian Ocean, the U.S. Navy said, in a sign of growing cooperation between the two naval forces in the region.

The USS Nimitz and the USS Ronald Reagan have been deployed to the South China Sea for the second time in two weeks as China and the U.S. accuse each other of stoking tensions in the region.

India's relations with China have also been strained recently after a deadly clash on their disputed land border last month, prompting calls for closer security ties with the U.S. and its allies including Japan to balance regional security.

Rear Admiral Jim Kirk, commander of the Nimitz Carrier Strike Group, said in a statement that Monday's joint drills with the Indian Navy helped improve interoperability of the two forces.

The drills were carried out near India's Andaman and Nicobar islands which sits near the Malacca Straits, one of the world's busiest shipping routes for trade and fuel, an India source said. India has a military base on the islands.

"While operating together, the U.S. and Indian naval forces conducted high-end exercises designed to maximize training and interoperability, including air defense," the U.S. Navy said.

It said that the Nimitz Carrier Strike Group is currently deployed in the Indian Ocean in support of a free and open Indo-Pacific.

Later this year, India will host joint naval exercises with the U.S. and Japan in the Bay of Bengal, and there is a proposal to invite Australia also into those exercises.

China has previously opposed such multilateral exercises in the region.