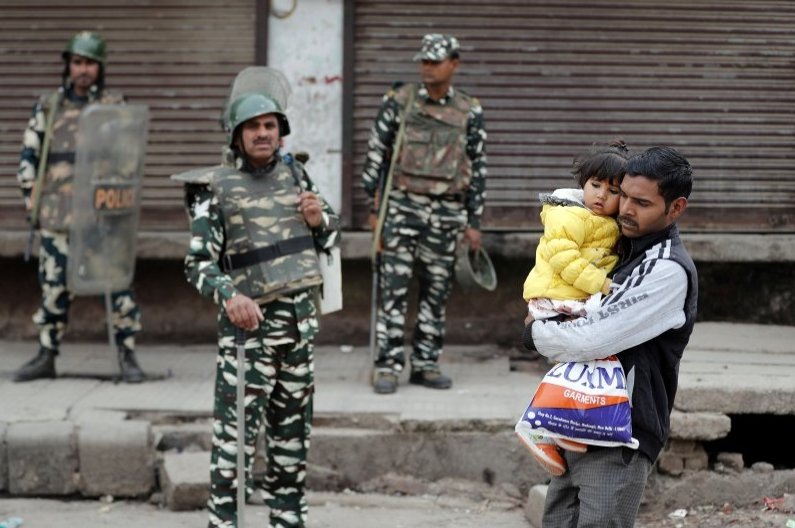 A global rights watchdog on Friday held the Indian police responsible for the February riots – the worst anti-Muslim violence seen by the capital in decades – saying that police in New Delhi were "complicit, an active participant" in anti-Muslim violence.

An "investigative briefing" by the organization documented several human rights violations during the riots, which took place from Feb. 23 to 29, claiming at least 53 lives, mostly Muslims, and injuring more than 500 people. There are fear and anger among Muslims as to why they were punished.

"The Delhi police personnel were complicit and an active participant in the violence that took place in Delhi in February 2020, yet in the last six months not a single investigation has been opened into the human rights violations committed by the Delhi police," the rights group said in a statement on Friday.

The rights group called on the Indian government to conduct a thorough and impartial investigation into the alleged human rights violations committed by the police. "The Delhi police reports to the Union Ministry of Home Affairs (MHA), and it is shocking that there has been no attempt by the MHA to hold the Delhi police accountable till now," Avinash Kumar, executive director of Amnesty International India, said in a statement.

There have been growing questions about the stance of the government, led by Prime Minister Narendra Modi’s Hindu-nationalist Bharatiya Janata Party (BJP), toward India’s 172 million Muslims. Attacks on minorities, especially Muslims, have risen sharply across India in the last few years under Modi's leadership.

The Indian government’s sectarian policies caused the death of dozens, the renewal of sectarian clashes and the growing tensions between Muslims and Hindus in the country.

The Delhi Minorities Commission (DMC) promoting the rights of India's religious minorities said in July that Indian police failed to protect Muslims campaigning against a new citizenship law during violent riots in Delhi this year.

The clashes erupted amid an outcry over a new federal law laying out the path to citizenship for six religious groups from neighboring countries, except Muslims. Critics said the law was discriminatory and flouted India's secular constitution. Revocation of the special status of Jammu and Kashmir, the anti-Muslim citizenship law and building detention camps for Muslim Bengalis in Assam are the first steps of the current Indian government to create a "purified India," based on the Hindu identity.