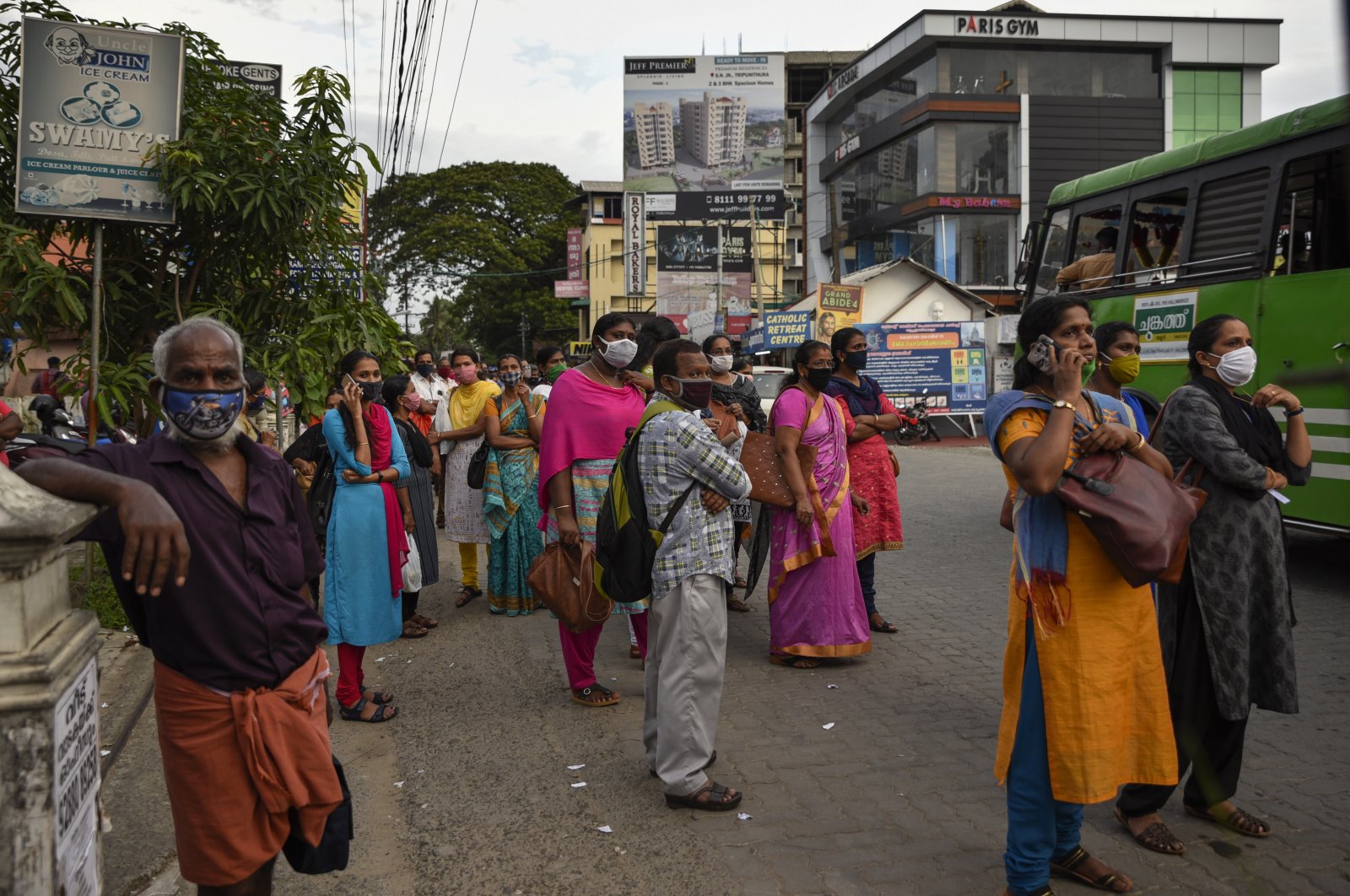 People wearing masks as a precaution against the coronavirus wait for transportation in Kochi, Kerala state, India, Thursday, June 25, 2020. (AP Photo)
by Compiled from Wire Services Jun 26, 2020 11:11 am
RECOMMENDED

India neared half a million coronavirus cases Friday with its biggest 24-hour spike of 17,296 new infections causing a delay in the resumption of regular train services by more than a month.

The actual numbers of infections and deaths from COVID-19, like elsewhere in the world, are thought to be far higher due to several reasons including limited testing.

Indian Railways was due to resume regular train services on June 30 but said Thursday that services wouldn’t fully resume until Aug. 12. Trains had been halted when the government declared a nationwide lockdown in late March. Special trains linking main cities have been running since mid-May as part of the easing of the lockdown.

Domestic flights have resumed on selected routes, but a government decision on restarting international flights is expected next month.

Indian authorities launched a massive coronavirus survey on Thursday taking down health details from New Delhi’s entire population of 29 million and testing everyone with symptoms by July 6.

Officials will go to each household to record each resident’s health details and administer a test for the virus to those who show or report symptoms.

So far, the strategy in Delhi – the territory that encompasses the capital city – had revolved around identifying containment zones, or areas with large clusters of cases. But officials said that less than a fifth of all cases came from the zones and broader surveillance was needed.

Nearly half of the cases in Delhi were part of viral clusters and the search for them through "vigorous contact tracing of COVID-19 positive patients will be undertaken to analyze the reasons for clustering," the city government said.

Officials said teams will go to each household to identify and test anyone with symptoms using an antigen test, a cheaper and more efficient, though less accurate, blood test that looks for antibodies – proteins made by the body days or weeks after fighting an infection.

Separately, authorities are also planning to randomly test people from across age groups, including children, to look for antibodies for the coronavirus in their blood in order to better understand how the virus is spreading. This survey is planned by July 10, and officials said that they were hoping to collect 20,000 samples.