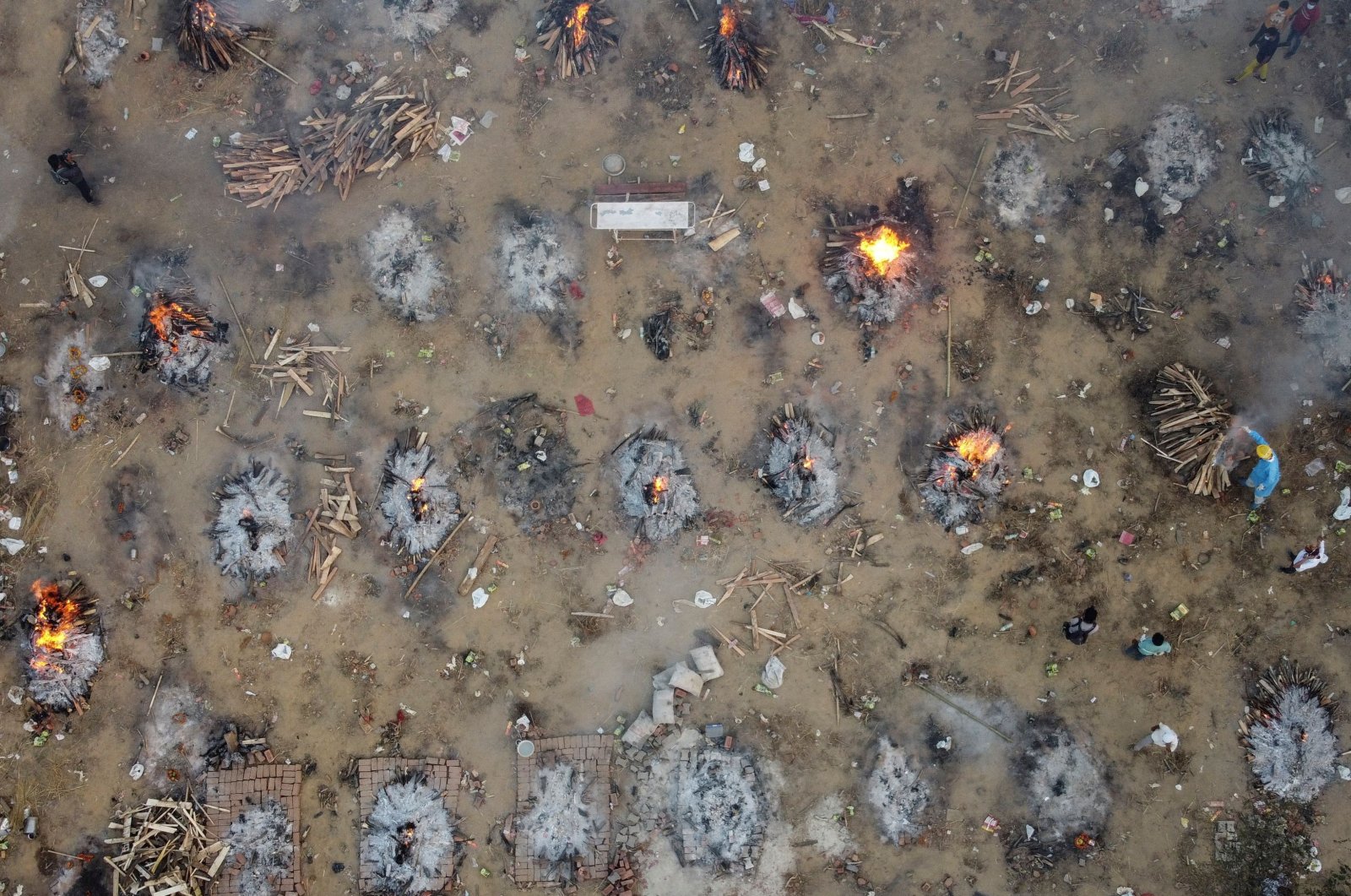 A mass cremation of victims who died due to the coronavirus is seen at a crematorium ground in New Delhi, India, April 22, 2021. (Reuters / Danish Siddiqui Photo)
by REUTERS Apr 22, 2021 9:40 pm
RECOMMENDED

The rise in COVID-19 case numbers has been exponential in India where people are struggling to find hospital beds and crematoriums to lay their loved ones to rest.

Delhi resident Nitish Kumar was forced to keep his dead mother's body at home for nearly two days while he searched for space in the city's crematoriums – a sign of the deluge of death in India's capital where coronavirus cases are surging.

On Thursday Kumar cremated his mother, who died of COVID-19, in a makeshift, mass cremation facility in a parking lot adjoining a crematorium in Seemapuri in northeast Delhi.

"I ran pillar to post but every crematorium had some reason ... one said it had run out of wood," said Kumar, wearing a mask and squinting his eyes that were stinging from the smoke blowing from the burning pyres.

India recorded the world's highest daily tally of 314,835 coronavirus infections on Thursday, with the second wave of the pandemic crushing its weak health infrastructure. In Delhi alone, where hospitals are running out of medical oxygen supplies, the daily rise is over 26,000.

People losing loved ones in the Indian capital, where 306 people have died of COVID-19 in the last 24 hours, are turning to makeshift facilities that are undertaking mass burials and cremations as crematoriums come under pressure.

Jitender Singh Shunty who runs a nonprofit medical service, the Shaheed Bhagat Singh Sewa Dal, said as of Thursday afternoon 60 bodies had been cremated at the makeshift facility in the parking lot and 15 others were still waiting.

Shunty, dressed in protective gear and a bright yellow turban, said last year during the peak of the first wave the maximum number of bodies he helped cremate in a single day was 18, while the average was eight to 10 a day.

On Tuesday, 78 bodies were cremated in that one place alone, he said.

Kumar said when his mother, a government health care worker, tested positive 10 days ago, the authorities could not find a hospital bed for her.

"The government is not doing anything. Only you can save your family. You are on your own," he said.