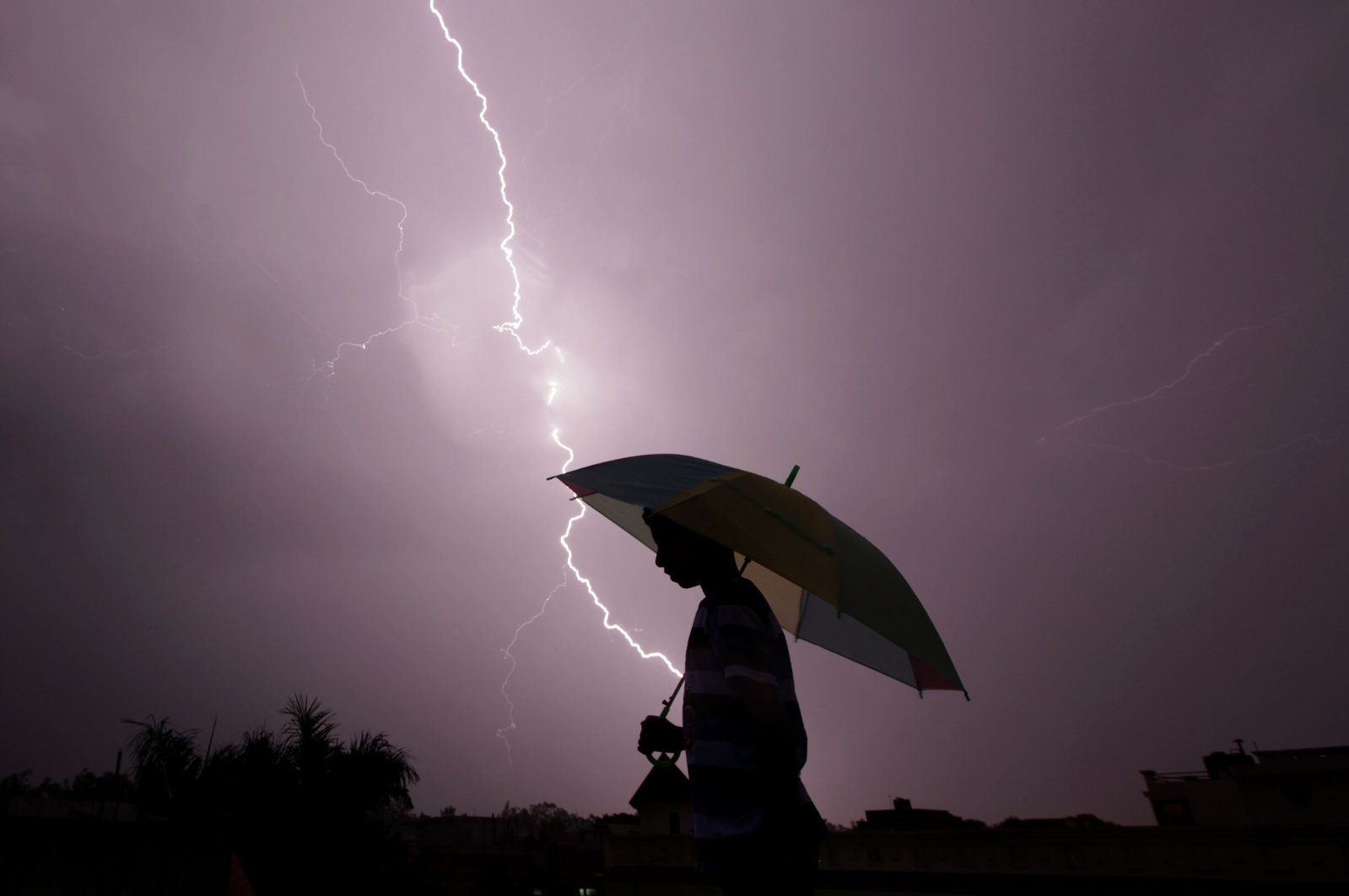 A pedestrian walks with an umbrella as lightning strikes during an evening thunderstorm in Jammu, India, May 15, 2015. (AFP Photo)
by French Press Agency - AFP Jul 05, 2020 5:47 pm
RECOMMENDED

Around 215 people – farmers, rural laborers and cattle graziers – have now died from strikes in the country's poorest state, authorities said.

"I was informed by weather experts, scientists and officials that rising temperatures due to climate change is the main cause behind the increasing lightning strikes," Bihar's Disaster Management Minister Lakshmeshwar Rai told French Press Agency (AFP).

The Indian Meteorological Department has warned of more lightning in the next 48 hours.

Lightning strikes during the annual monsoon season that runs from June to September are fairly common in India.

But officials said this year's toll in Bihar has already surpassed the total number of deaths recorded annually for the state over the past few years, even though the monsoon season has just started.

Last year, 170 people were killed in lightning strikes during the monsoon period.

Bihar agrometeorologist Abdus Sattar told AFP the lightning and thunder was caused by large-scale instability in the atmosphere, fueled by temperature rises and excessive moisture.

State authorities rolled out a mobile phone app they said helps predict possible lightning strikes. But many poor farmers do not own smartphones.

In neighboring Uttar Pradesh, just over 200 people have been struck and killed by lightning since April, according to officials.

More than 2,300 people were killed by lightning in India in 2018, according to the National Crime Records Bureau, the most recent figures available.

The monsoon is crucial to replenishing water supplies in South Asia but also causes widespread death and destruction across the region each year.