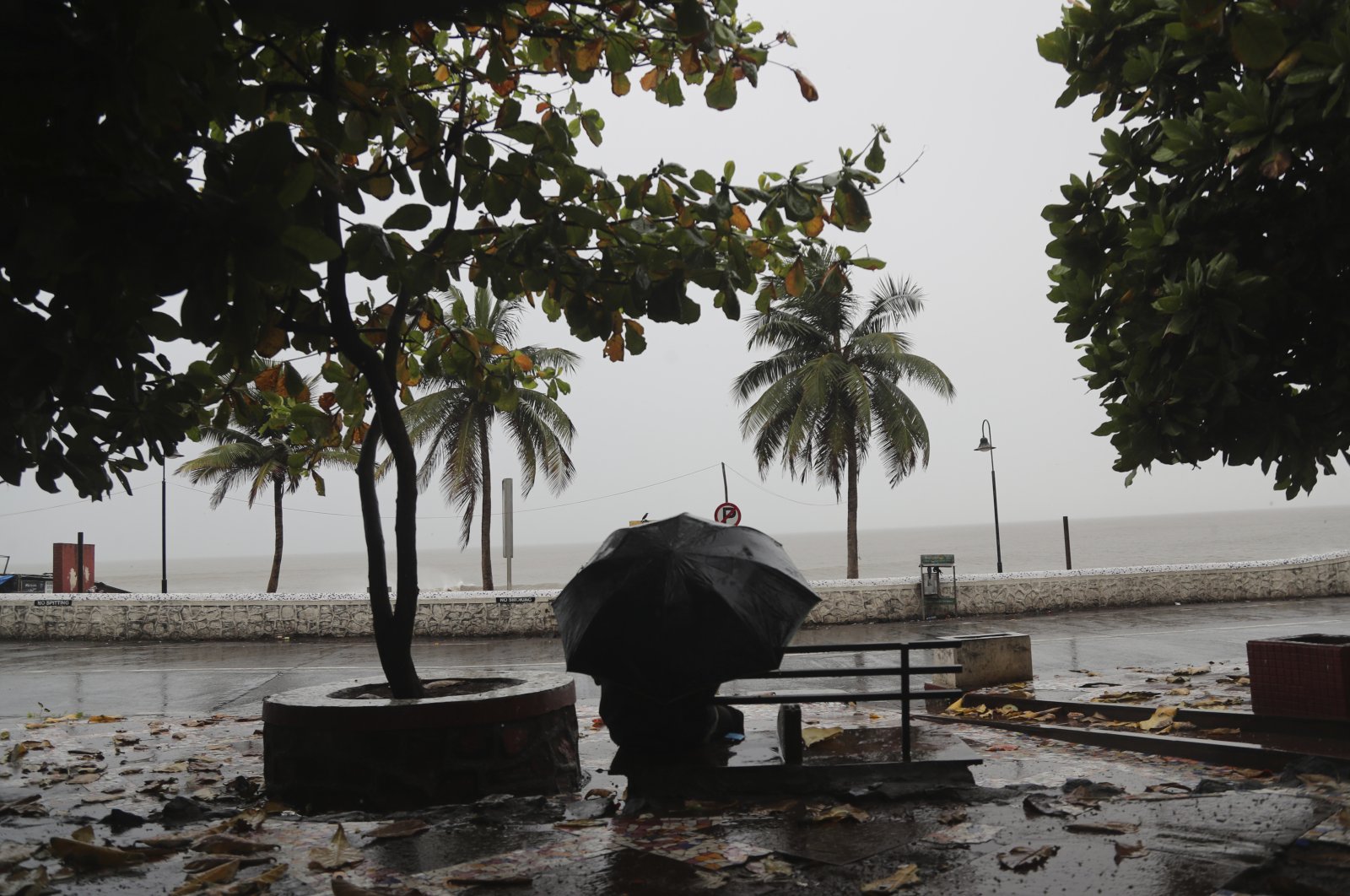 India’s western coast and financial capital of Mumbai braced for its first cyclone in a century on Wednesday as cases of the coronavirus continued to surge.

Police shooed people away from a beach as light rain fell. Homes in a nearby slum had been left and locked up, and municipal officials patrolled the streets, using bullhorns to order people to stay inside.

Cyclone Nisarga was forecast to drop heavy rains and sustained winds of 100 to 110 kilometers (62 to 68 miles) per hour when it makes landfall Wednesday afternoon near the coastal city of Alibagh, about 98 kilometers (60 miles) south of Mumbai, India's Meteorological Department said.

The state of Goa, south of Maharashtra, already received 127 millimeters (5 inches) of torrential rain, about a week's average, as the cyclone moved along the coast, the meteorological agency said.

Some 100,000 people were evacuated from low-lying areas in Maharashtra and neighboring Gujarat, according to the Press Trust of India news agency. Both states, already among the hardest hit by the coronavirus pandemic, activated disaster response teams, fearing extensive flooding could further impair overwhelmed health systems.

"If hospitals and clinics are damaged by the cyclone, the city won’t be able to cope with the large number of COVID-19 cases, and social distancing measures will become virtually impossible to follow,” Bidisha Pillai, chief executive of Save the Children in India, said in a statement.

"Let us fight this danger like we are standing up to the corona pandemic and are on our way to defeat it. Likewise, we will prevail over this situation too!” Maharashtra's top official, Chief Minister Uddhav Balasheb Thackeray, tweeted.

Mumbai police announced fresh restrictions on the city of 18 million people, which was just beginning to emerge from a monthslong lockdown, and banned gatherings of four people or more until Thursday afternoon.

"Refrain from venturing out to coast-beaches, promenade, parks and other similar places along the coastline," the police tweeted early Wednesday.

"Do not leave your house for your own safety and well-being," Maharashtra Chief Minister Uddhav Thackeray tweeted late Tuesday, warning of possible disruptions to the power supply due to heavy rainfall.

"Offices, industries and other activities, which have started functioning, will be shut tomorrow and the day after," he added.

The cyclone also threatened to worsen prospects for an economic turnaround as a nine-week government-imposed coronavirus lockdown began to ease this week. India has reported more than 200,000 cases and 5,800 deaths due to the virus.

Some special trains departing from Mumbai that for weeks have carried millions of economic migrants who lost their jobs in lockdowns were rescheduled, and newly restored domestic airline travel postponed.

Mumbai has rarely faced the brunt of such storms, as the last cyclone to hit the city struck in 1948, killing 12 people and injuring more than 100.

Nisarga comes just two weeks after Cyclone Amphan tore through the Bay of Bengal on India’s east coast and battered the West Bengal state, killing more than 100 people in India and neighboring Bangladesh.