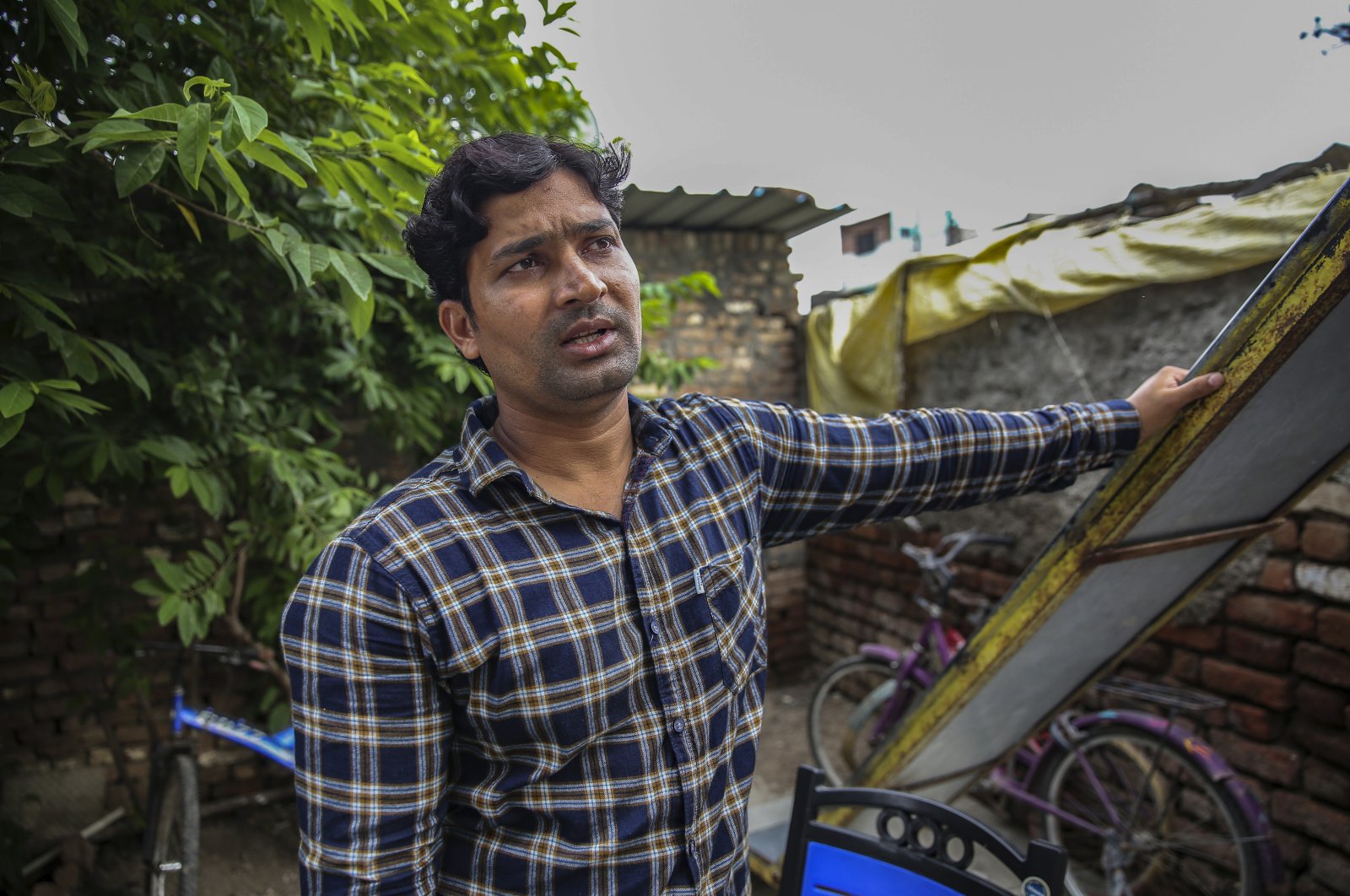 Mohammed Irfan was 24 and newly married. The business was booming at his modest battery shop, and within two months he was expecting the birth of his first child. All seemed well, until a counterterrorism squad in August 2012 entered his store in Nanded, a city in India's Maharashtra state, and arrested him for allegedly plotting to kill Indian politicians.

For the first few months, he waited for India's legal system to prove his innocence. But the prospects of an acquittal soon turned grim when he was charged under the country's harsh anti-terror law. Irfan was finally released in June 2021 after an Indian court acknowledged he was wrongly jailed. By then, he had already spent nine years in prison.

"Those nine years were no less than a death sentence,” he said. Irfan’s acquittal came as the anti-terror law faces intensified scrutiny from Indian courts and legal experts.

The law allows authorities to designate someone as a terrorist and detain them without producing any incriminating evidence. It also has stringent requirements for granting bail, which means individuals often spend months, sometimes years, in jail without being found guilty.

"A law to tackle terrorism is necessary, but its provisions are quite vague and can be used indiscriminately to crush dissent,” said Madan B. Lokur, a former justice on India’s Supreme Court. "In fact, it has been misused and abused.”

In July, Justice Dhananjaya Yeshwant Chandrachud, a sitting Supreme Court judge, said the courts must act as the "first line of defense against the deprivation of liberty of citizens,” amplifying the debate over whether the law should continue in its current form. India's home ministry didn't respond to requests for comment. The government argues that the law is necessary to fight terrorism.

In 2019, Home Minister Amit Shah told Parliament the law was essential to keep security agencies "one step ahead of terrorists.” But last month, while awaiting bail on medical grounds, an 84-year-old Jesuit priest and tribal rights activist died in judicial custody. He had been jailed since 2020 under the anti-terror law.

The death of Father Stan Swamy touched a nerve. "How can an old, frail man who fought for people’s rights be accused of terrorism?” said Father Cedric Prakash, an activist who worked with Swamy for more than four decades.

Known as the Unlawful Activities Prevention Act, the anti-terror law was first introduced in 2008 by the now-opposition Congress party. In 2019, Prime Minister Narendra Modi’s government amended the law, allowing authorities to categorize individuals as terrorists.

Previously, the designation was reserved only for organizations. Successive Indian governments have invoked the law, but recent years have seen it used with increasing frequency. Based on data from India’s National Crime Records Bureau, 1,948 people were arrested under the law in 2019 – an increase of nearly 37% from the previous year.

The increased use, however, hasn’t led to many convictions and trials. Only 2.2% of cases registered under the law from 2016 to 2019 ended in a court conviction. Nearly 11% of cases were closed by the police for lack of evidence.

Last week, the government informed Parliament that just 22% of people arrested under the law from 2017 to 2019 were sent to trial. It said no charges had been filed so far in the remaining cases. "This is tragic,” Lokur, the former justice, said.

Swamy was jailed alongside 15 other activists and academics. He maintained his innocence, saying he was targeted over his work and writings on caste injustice and the struggles faced by marginalized groups. But authorities alleged that those arrested had links to Maoist rebels and were detained "following due process of the law.”

The Maoist rebels, also known as Naxalites, are active in several states and are considered the country’s biggest internal security threat. Carolyn Nash, the Asia advocacy director at rights watchdog Amnesty International, said Swamy’s death in custody was "a chilling and tragic example of how the UAPA facilitates the government’s human rights abuses” and was evidence of its "disproportionate and abusive use.”

Some in India are calling for reform. Lokur stressed that police and investigators must be held accountable, and said heavy costs should be imposed on them for "frivolous arrests.” "The denial of bail under the law certainly favors the state.

This interpretation must be revisited," he said. "The judiciary has to be proactive in this regard and must realize that it is dealing with cases of personal liberty which is being snatched away in some instances without any cause."

Others, some of whom have been arrested under the law, say accountability alone won't be enough, and demand the law's repeal. "A draconian law that erodes people's civil liberties is not needed in a democracy," said Asif Iqbal Tanha, a student leader jailed under the law, who was released on rarely granted bail in June.

Before his arrest in May last year, Tanha, 24, had participated in massive protests against the government’s controversial citizenship law which culminated in deadly riots in the Indian capital. Many activists were arrested in a sweeping crackdown for "inciting violence" and Tanha was charged under the anti-terror law.

A year later, when the court granted him bail, it observed that dissent is not terrorism. "It was a vindication of sorts. But is that enough? I don’t think so,” Tanha said. "There is only one solution: The law must go.”