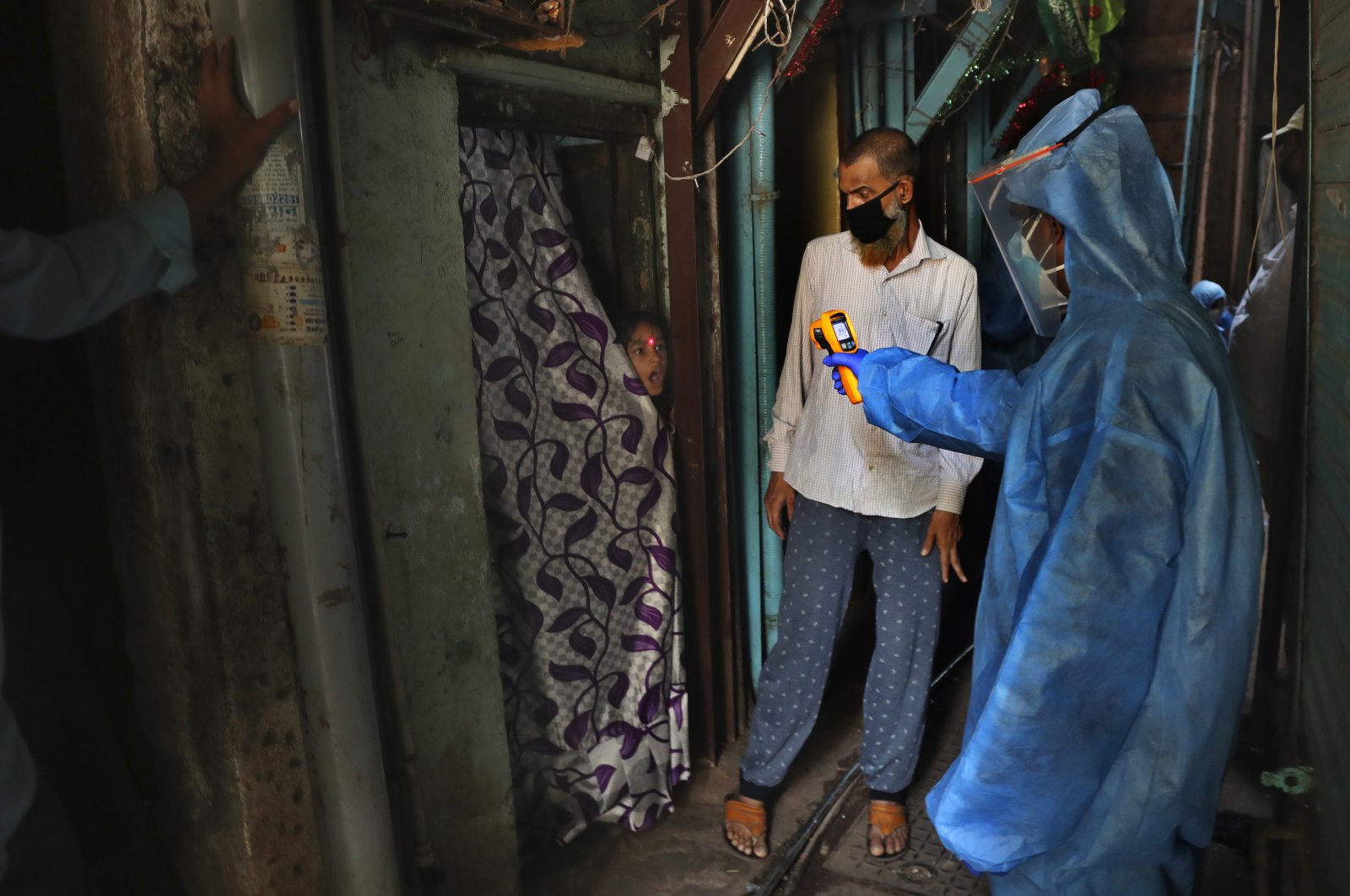 A doctor checks the temperature of a girl in Dharavi, one of Asia's largest slums, during lockdown to prevent the spread of the new coronavirus in Mumbai, India, April 13, 2020. (AP Photo)
by REUTERS Jun 04, 2020 12:41 pm
RECOMMENDED

A top Indian civilian defense official has tested positive for the coronavirus and is in home quarantine, government officials said on Thursday, as the daily rise in infections hits a new high.

India's cases reached 216,919 after 9,304 new cases were reported over the previous day, the health ministry said. The densely packed cities of Delhi and Mumbai are seeing a spike in infections as the government lifts a lockdown imposed in March.

India has reported 6,075 deaths due to the virus.

Defense Secretary Ajay Kumar is the highest ranking official to have tested positive for the virus that has also affected officials in the finance, foreign and law ministries based in a sprawling set of buildings in central Delhi.

Defense Minister Rajnath Singh, leading the response to an ongoing military standoff with China at their disputed Himalayan border, worked from home after Kumar's test results came back positive, a defense source said.

It was not immediately clear if Singh had undergone a test. At least four finance ministry employees have been infected.

About three dozen staff in the defense, finance and law ministries that came in contact with infected staff have been advised to go into quarantine, the officials said.

"We have asked some of them to go on a compulsory 14-day home quarantine, then they will have to get tested before joining back," one official said. Meetings in conference rooms have been canceled and officials have been encouraged to minimize physical interaction.

Some officials at key departments such as national security and foreign affairs continued to work from the office even when the lockdown was first imposed, and more were asked to attend later as the curbs were eased.

Criticism has grown that Modi's lockdown of 1.3 billion people has failed to control the epidemic while it destroyed thousands of jobs.

"You have definitely decimated the economy. You flattened the wrong curve. It is not the infection curve, it is the GDP curve. This is what we have ended (up) with, the worst of both worlds," Rajiv Bajaj, managing director of Bajaj Auto, said.