India's top court intervenes after call for 'genocide' against Muslims 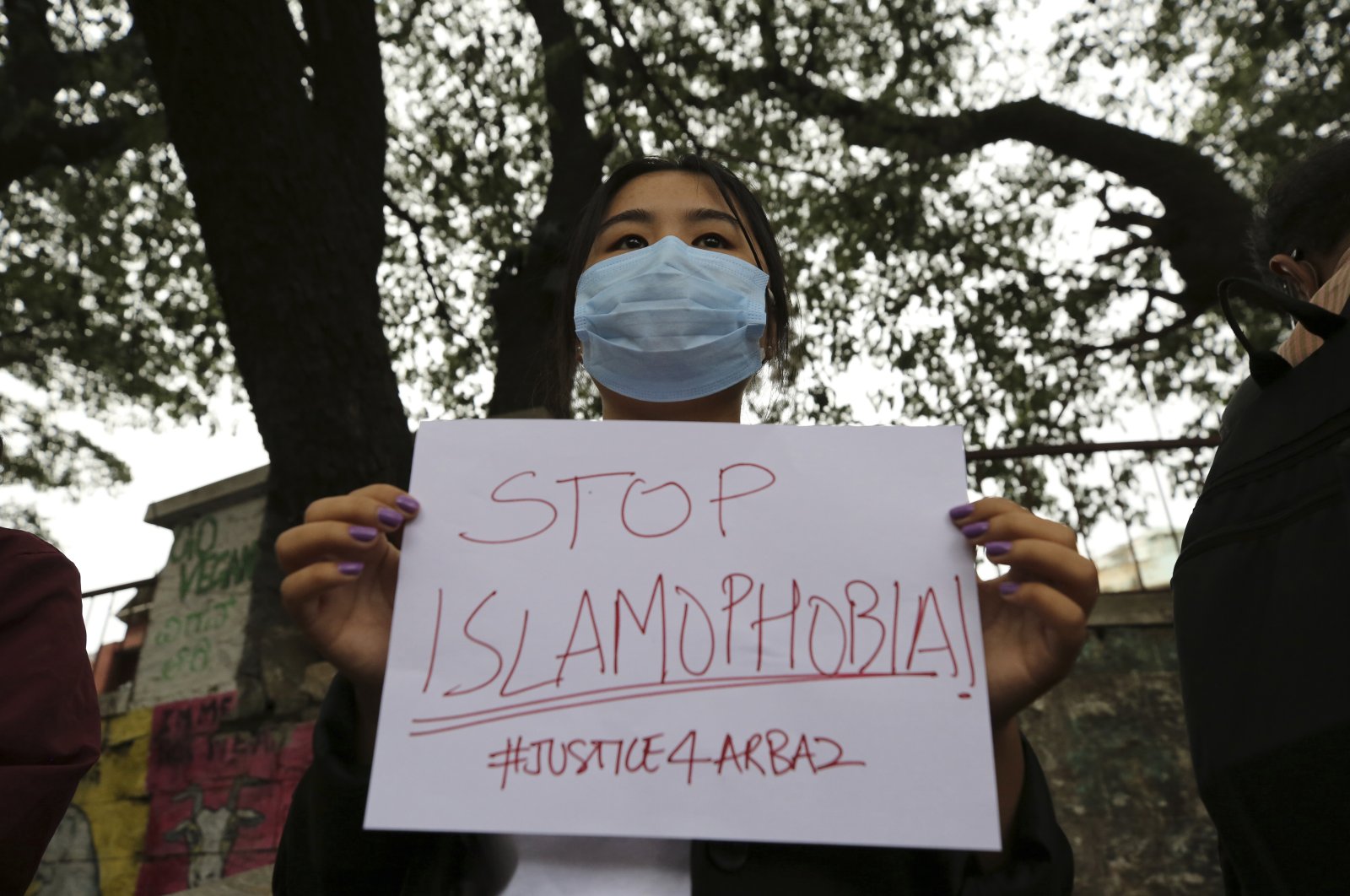 A woman holds a placard during a protest against the killing of a Muslim man on Sept. 28 in Belagavi district of the southern Indian state of Karnataka, in Bengaluru, India, Oct. 5, 2021. (AP Photo)
by ASSOCIATED PRESS Jan 12, 2022 1:35 pm
RECOMMENDED

Three Supreme Court judges said they were issuing a notice to the Uttarakhand state government that they will investigate the case next week.

The religious leaders called on Hindus to arm themselves for "a genocide” against Muslims during the meeting in the northern holy town of Haridwar in Uttarakhand in December, according to a police complaint.

The police said they were questioning suspects, but no arrests have been made.

Uttarakhand state is ruled by Prime Minister Narendra Modi’s Bharatiya Janata Party (BJP), whose rise to power in 2014 and landslide reelection in 2019 has led to a spike in attacks against Muslims and other minorities.

The petition filed by retired Judge Anjana Prakash stated that the speeches made at the Hindu religious leaders' congregation "pose a grave threat not just to the unity and integrity of our country but also endanger the lives of millions of Muslim citizens,” said Bar & Bench, an online portal for Indian legal news.

Mahatma Gandhi was shot dead by a Hindu extremist during a prayer meeting in the Indian capital in 1948 because he was considered sympathetic toward Muslims during the partition of the Indian subcontinent by British colonialists in 1947 into secular India and Islamic Pakistan.

Kalicharan Maharaj was arrested in central Madhya Pradesh state for allegedly promoting hatred between religious groups in a speech.

According to media reports, Maharaj said "Gandhi destroyed the country ... salutations to Nathuram Godse, who killed him."

If convicted, he could be jailed for up to five years.