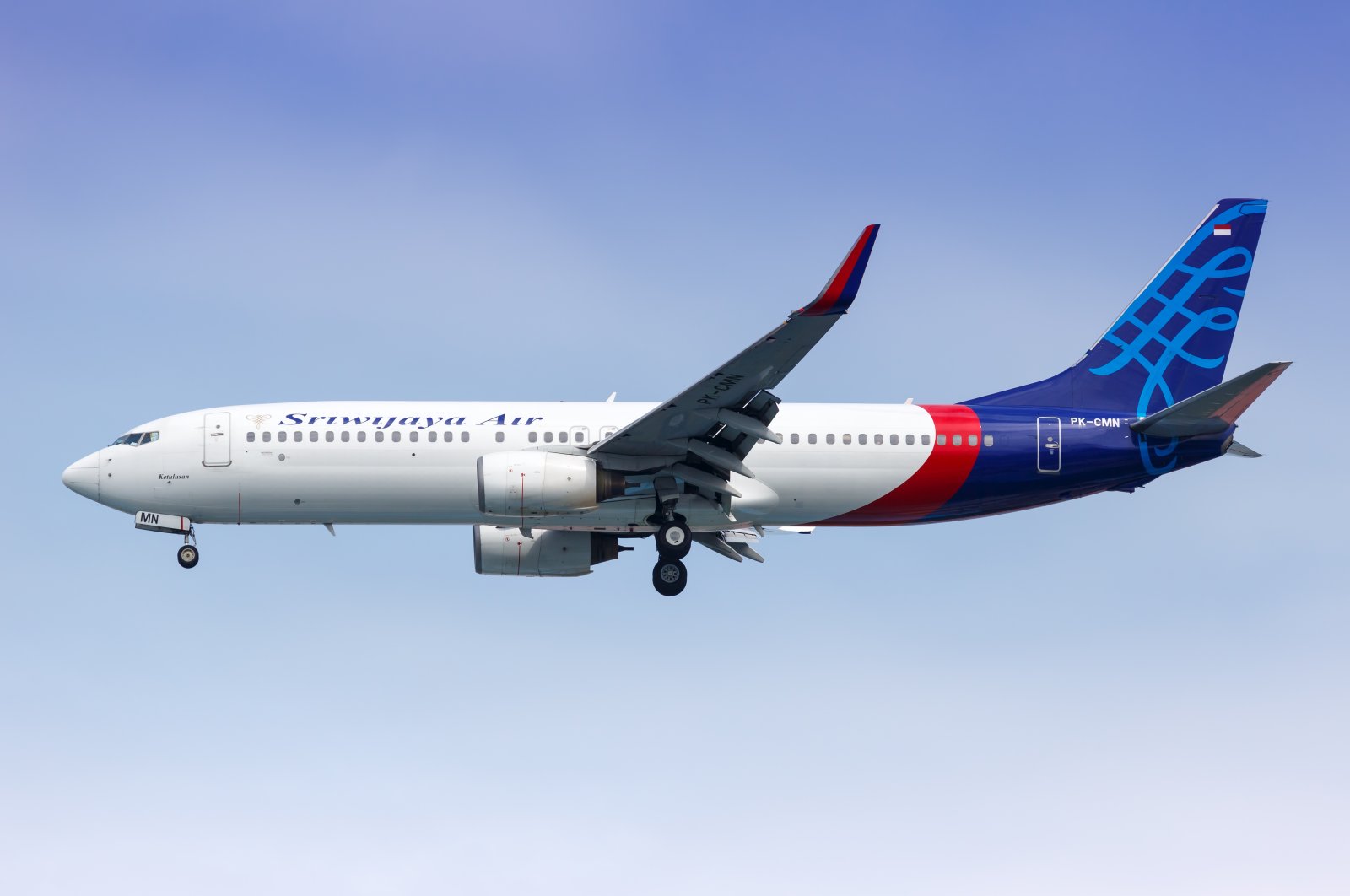 A Sriwijaya Air passenger plane seen flying in the sky in this undated photo.
by Agencies
Jan 09, 2021 1:36 pm

An Indonesian passenger aircraft with 62 people on board crashed into the sea after taking off from the capital Jakarta, authorities said Saturday.

Debris believed to be from the missing plane has been found between the isles of Laki and Lancang in Jakarta's Thousand Islands regency, said the authorities.

The usual flight time is about 90 minutes over the Java Sea between Java island and Kalimantan, Indonesia's section of Borneo island.

Data from FlightRadar24 said the plane reached an altitude of nearly 11,000 feet (3,350 meters) before dropping to 250 feet. It then lost contact with air traffic control.

"Sriwijaya Air flight #SJ182 lost more than 10,000 feet of altitude in less than one minute, about 4 minutes after departure from Jakarta," the tracking agency said on its official Twitter account.

Broadcaster Kompas TV quoted local fishermen as saying they had found debris near islands off the coast of Jakarta, but it could not be immediately confirmed as having belonged to the missing jet.

Indonesia's transport ministry said it was probing the incident.

The budget airline, which has about 19 Boeing jets that fly to destinations in Indonesia and Southeast Asia, said only it was investigating the loss of contact.

In October 2018, 189 people were killed when a Lion Air Boeing 737 MAX jet slammed into the Java Sea about 12 minutes after take-off from Jakarta on a routine one-hour flight.

That crash – and a subsequent fatal flight in Ethiopia – saw Boeing hit with $2.5 billion in fines over claims it defrauded regulators overseeing the 737 MAX model, which was grounded worldwide following the two deadly crashes.