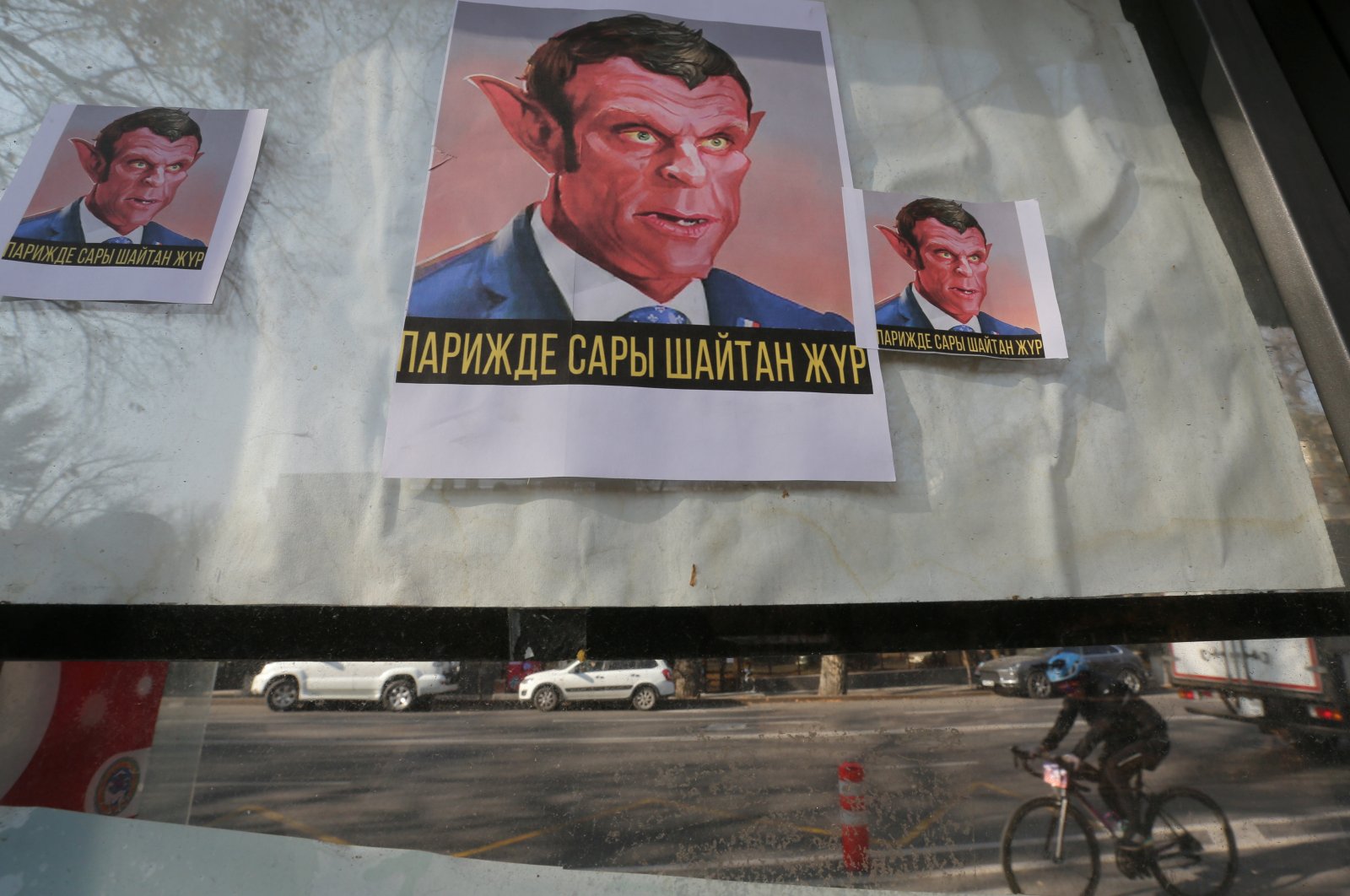 Placards reading "The yellow Devil is in Paris" hang in a window as a mark of a protest against the publications of a cartoon of Prophet Muhammad in France and French President Emmanuel Macron's comments, in Almaty, Kazakhstan on Oct. 31, 2020. (Reuters Photo)
by Anadolu Agency
Oct 31, 2020 5:21 pm

Such provocative statements are detrimental to human harmony and only serve to divide people, Jokowi, as the president is better known, said in a joint statement with leaders of different faiths.

"The world is seeing a crucial time and needs to unite to face the COVID-19 pandemic," he said.

The Indonesian president also condemned the recent attacks in Paris and Nice, but warned that linking religion to acts of terrorism was a big mistake.

"Terrorism is terrorism, terrorists are terrorists. Terrorism has nothing to do with any religion," he said.

He stressed that the freedom of expression that violates the sanctity of religious values and symbols will always be unacceptable.

Tensions between France and Muslim-majority countries have spiked after Macron described Islam as a religion "in crisis" and announced plans to tackle what he called "Islamic separatism" in the European country.

Macron and other French leaders have also defended the printing of caricatures of Prophet Muhammad, which were republished by the Charlie Hebdo magazine earlier this year.

The situation has led to three attacks in France in less than a month.

The first was on Sept. 25 when a man armed with a cleaver hurt two people outside Charlie Hebdo's former office in Paris.

On Oct. 16, a teacher who showed the Prophet's caricatures in class was killed in the capital, while three people were murdered in a church in the seaside town of Nice on Oct. 29.