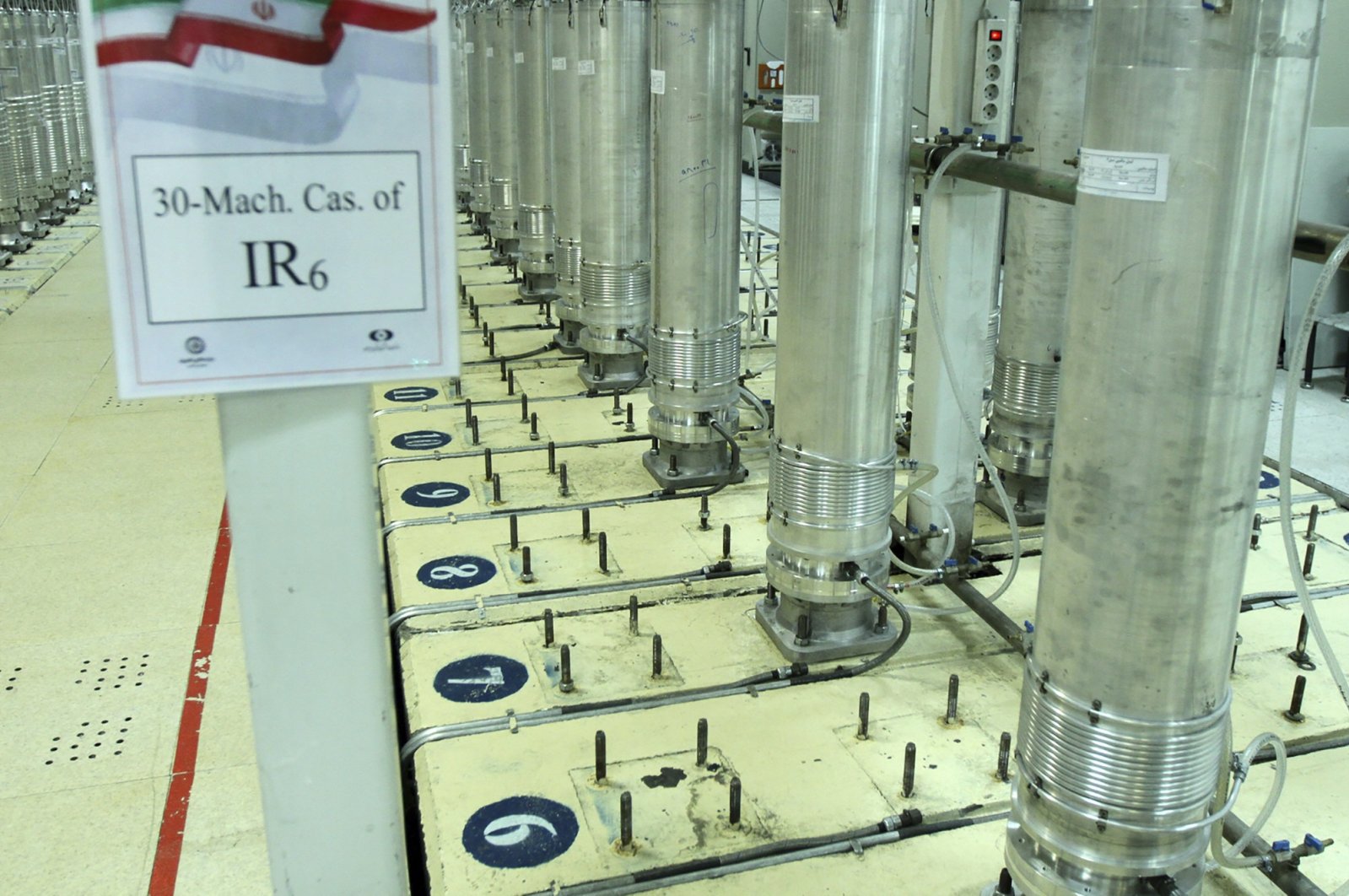 The United States Monday will sanction more than two dozen people and entities involved in Iran's nuclear, missile and conventional arms programs, a senior U.S. official said, putting teeth behind United Nations' sanctions on Tehran that Washington argues have resumed despite the opposition of allies and adversaries.

Speaking on the condition of anonymity, the official said Iran could have enough fissile material for a nuclear weapon by the end of the year and that Tehran has resumed long-range missile cooperation with nuclear-armed North Korea. He did not provide detailed evidence regarding either assertion.

The new sanctions fit into U.S. President Donald Trump's effort to limit Iran's regional influence and come a week after U.S.-brokered deals for the United Arab Emirates (UAE) and Bahrain to normalize ties with Israel, pacts that may coalesce a wider coalition against Iran while appealing to pro-Israel U.S. voters ahead of the Nov. 3 election.

The new sanctions also put European allies, China and Russia on notice that while their inclination may be to ignore the U.S. drive to maintain the U.N. sanctions on Iran, companies based in their nations would feel the bite for violating them.

A major part of the new U.S. push is an executive order targeting those who buy or sell Iran conventional arms that was previously reported by Reuters and will also be unveiled by the Trump administration on Monday, the official said.

The Trump administration suspects Iran of seeking nuclear weapons - something Tehran denies - and Monday's punitive steps are the latest in a series seeking to stymie Iran's atomic program, which U.S. ally Israel views as an existential threat.

"Iran is clearly doing everything it can to keep in existence a virtual turnkey capability to get back into the weaponization business at a moment's notice should it choose to do so," the U.S. official told Reuters.

The official argued Iran wants a nuclear weapons capability and the means to deliver it despite the 2015 deal that sought to prevent this by restraining Iran's atomic program in return for access to the world market.

In May 2018, Trump abandoned that agreement to the dismay of the other parties – Britain, China, France, Germany and Russia – and restored U.S. sanctions that have crippled Iran's economy.

Iran, in turn, has gradually breached the central limits in that deal, according to the International Atomic Energy Agency (IAEA), including on the size of its stockpile of low-enriched uranium as well as the level of purity to which it was allowed to enrich uranium.

"Because of Iran's provocative nuclear escalation, it could have sufficient fissile material for a nuclear weapon by the end of this year," the official said without elaborating except to say this was based on "the totality" of information available to the United States, including from the IAEA.

The Vienna-based agency has said Iran only began significantly breaching the 2015 deal's limits after the U.S. withdrawal and it is still enriching uranium only up to 4.5%, well below the 20% it had achieved before that agreement, let alone the roughly 90% purity that is considered weapons-grade, suitable for an atomic bomb.

"Iran and North Korea have resumed cooperation on a long-range missile project, including the transfer of critical parts," he added, declining to say when such joint work first began, stopped, and then started again.

Asked to comment on the impending new U.S. sanctions and the official's other statements, a spokesman for Iran's mission to the U.N. dismissed the claims as propaganda and said they would further isolate Washinton.

"The U.S.' 'maximum pressure' show, which includes new propaganda measures almost every week, has clearly failed miserably, and announcing new measures will not change this fact," the mission's spokesman, Alireza Miryousefi, told Reuters in an email.

"The entire world understands that these are a part of the next U.S. election campaign, and they are ignoring the U.S.' preposterous claims at the U.N. today. It will only make the U.S. more isolated in world affairs," he said.

The White House declined to comment in advance of Monday's announcements.

The U.S. official confirmed Trump will issue an executive order that would allow the United States to punish those who buy or sell conventional arms to Iran with secondary sanctions, depriving them of access to the U.S. market.

The proximate cause for this U.S. action is the impending expiration of a U.N. arms embargo on Iran and to warn foreign actors - U.S. entities are already barred from such trade - that if they buy or sell arms to Iran they will face U.S. sanctions.

Under the 2015 nuclear deal, the U.N. conventional arms embargo is set to expire on Oct. 18.

The U.S. says it has triggered a "snap back," or resumption, of virtually all U.N. sanctions on Iran, including the arms embargo, to come into effect at 8 p.m. on Saturday (midnight GMT) Sunday.

Other parties to the nuclear deal and most U.N. Security Council members have said they do not believe the United States has the right to reimpose the U.N. sanctions and that the U.S. move has no legal effect.

On Friday, Britain, France and Germany told the Security Council that U.N. sanctions relief for Iran – agreed under the 2015 nuclear deal – would continue beyond Sunday, despite Washington's assertion.

In letters to the Security Council Saturday, China's U.N. Ambassador Zhang Jun and Russia's U.N. Ambassador Vassily Nebenzia both described the U.S. move as "illegitimate" and said the U.N. sanctions relief for Iran would continue.

Also on Saturday, U.N. Secretary-General Antonio Guterres told the Security Council he cannot act on the U.S. declaration that U.N. sanctions had been reimposed because it was not clear whether they had snapped back.

"It is not for the Secretary-General to proceed as if no such uncertainty exists," he said.

The new executive order will define conventional weapons broadly as any item with potential military use, meaning it could cover such things as speed boats that Iran retrofits to harass vessels in international waters, the U.S. official told Reuters.

It would also apply to conventional circuit boards that can be used in ballistic missile guidance systems, he added.

The more than two dozen targets to be hit with sanctions Monday include those involved in Iran's conventional arms, nuclear and missile programs, the official said, saying some of the targets are already sanctioned under other U.S. programs.

That could prompt criticism that the U.S. move is redundant and designed for public relations purposes to look tough on Iran, a charge critics have made about past U.S. sanctions actions.

Among the targets will be Iran's "most nefarious arms organizations," about a dozen senior officials, scientists and experts from Iran's nuclear complex, members of a procurement network that supplies military-grade dual-use goods for Iran's missile program, and several senior officials involved in Iran's ballistic missile program, the U.S. official said.

The official declined to name the targets, saying this would be made public Monday, and stressed that the United States wants to deter foreign companies from dealing with them even if their governments believe this is legally permitted.

"You might have a split in some countries where a foreign government may claim that the U.N. sanctions don't snap back but their banks and companies will abide by U.S. sanctions because they want to make sure they are not a future target," he said.