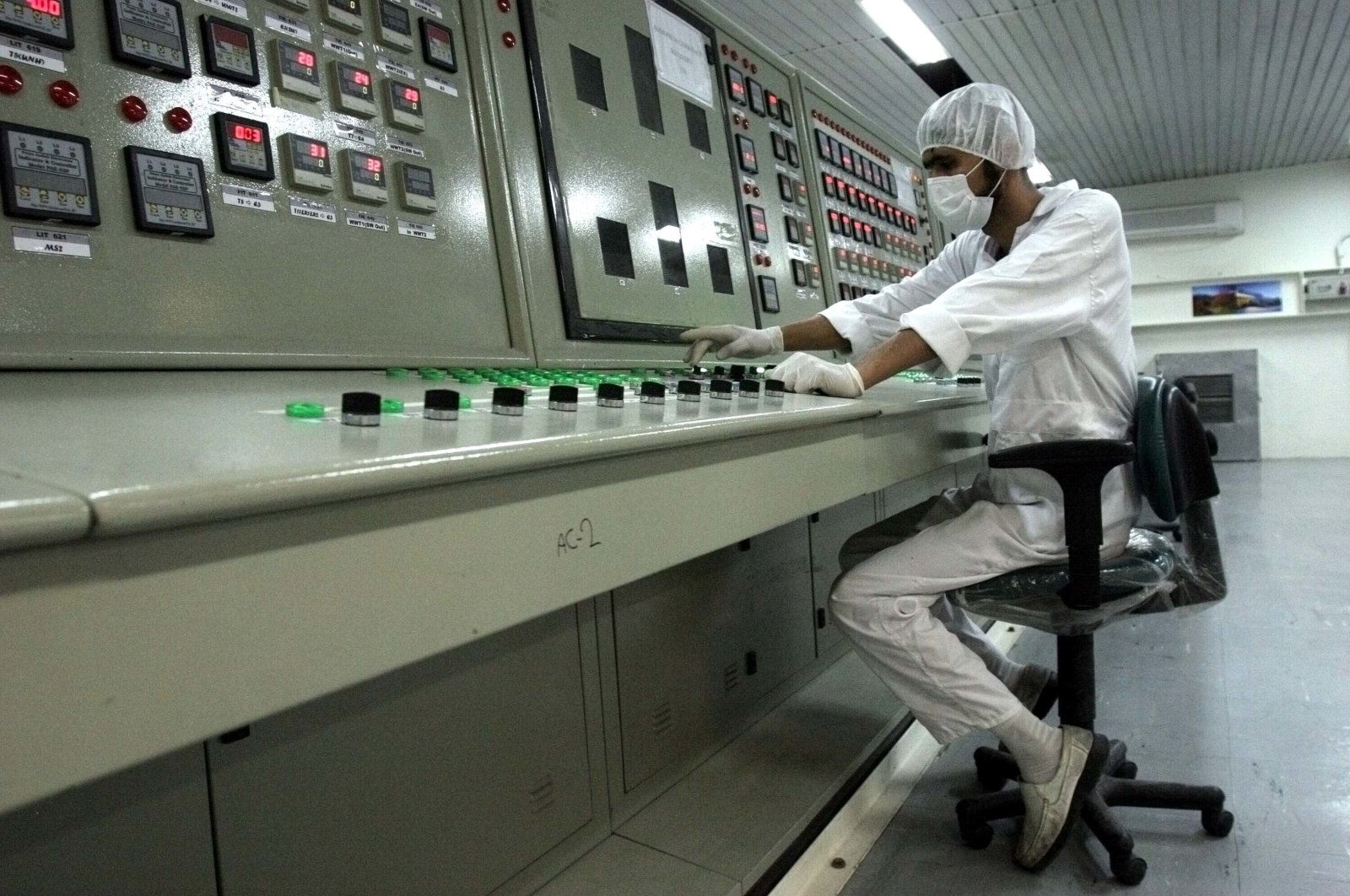 The United Nations' atomic watchdog agency confirmed on Thursday that Iran has informed it that the country has begun installing equipment for the production of uranium metal, which would be another violation of the landmark nuclear deal with world powers.

Iran maintains its plans to conduct research and development on uranium metal production are part of its "declared aim to design an improved type of fuel,” the Vienna-based International Atomic Energy Agency (IAEA) said.

Uranium metal can also be used for a nuclear bomb, however, and research on its production is specifically prohibited under the nuclear deal – the so-called Joint Comprehensive Plan of Action – that Tehran signed with world powers in 2015.

The ultimate goal of the deal is to prevent Iran from developing a nuclear bomb, something Iran insists it does not want to do. Iran now has enough enriched uranium to make a bomb, but nowhere near the amount it had before the nuclear deal was signed.

On Sunday, IAEA inspectors visited the Isfahan plant where Iran has said it plans to conduct the research, and officials were informed by Tehran on Wednesday that "modification and installation of the relevant equipment for the mentioned R&D activities have been already started," the agency said.

Iran's ambassador to the IAEA, Kazem Gharibabadi, repeated that in a tweet on Wednesday, adding that "natural uranium will be used to produce uranium metal in the first stage.”

He told Iran's official news agency IRNA that the move will elevate Iran to the level of "progressive nations in production of new fuels.”

Although uranium metal in theory can be geared toward generating electricity, experiments with metal alloys are prohibited under the nuclear deal because uranium metal is a key material in the making of nuclear weapons.

The process involves converting high-enriched uranium gas into metal that provides the cladding, or outer covering, for the fuel rods that power a nuclear reaction. "Iran had not previously experimented with this step in the process, but in order to make a bomb, you would have to,” said Daryl Kimball, executive director of the Arms Control Association, based in Washington.

It was the latest in a string of violations of the nuclear deal that Iran has undertaken since U.S. President Donald Trump pulled the United States unilaterally out of the accord in 2018, saying it needed to be re-negotiated.

Tehran has been using the violations to put pressure on the other signatories – Britain, France, Germany, China and Russia – to provide more incentives to Iran to offset crippling American sanctions reimposed after the U.S. exited the deal.

U.S. President-elect Joe Biden, who was vice president when the deal was negotiated during the Obama administration, has said he hopes to return the U.S. to the deal.

"They know there’s someone named Biden who’s going to be in the White House next week and they want him to act as soon as possible to waive nuclear-related sanctions,” he added. "They are looking for ways to underscore that their patience has run out.”

Britain, France and Germany said last week, however, that Iran "risks compromising” chances of diplomacy with Washington after Tehran announced another violation – that it was starting to enrich uranium to 20% purity, a technical step away from weapons-grade levels of 90%.

The foreign ministers of the three European nations said in a joint statement then that the Iranian activity "has no credible civil justification.”

They said the enrichment was a clear violation of the deal and "further hollows out the agreement.”

Germany's Foreign Ministry had no immediate comment Thursday, but the announcement on the production of uranium metal now further complicates trying to get Washington back on board. Those working to save the deal also note that despite the violations, Iran continues to allow inspectors to access all sites in the country.