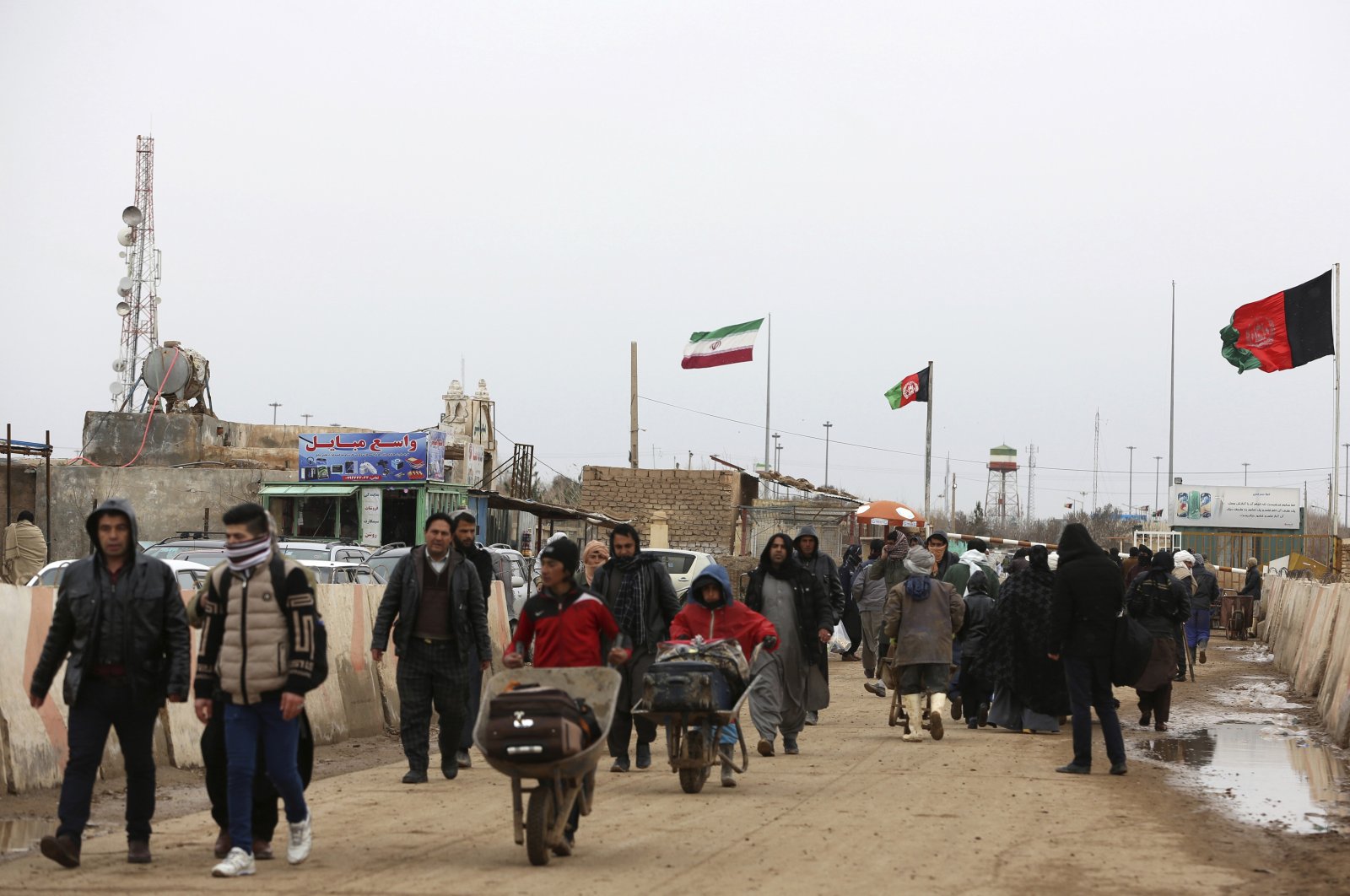 Some Afghan nationals claim that they were beaten by Iranian soldiers and then dropped at the Turkish border.

Afghani, Pakistani and Bangladeshi irregular migrants illegally enter Turkey via Iran. They first enter Iran either on foot or by vehicle; then, they contact each other along the way through apps on their smartphones.

In order not to get caught, migrants use river beds, where visibility decreases considerably, to enter Turkey. They contact the human traffickers, to whom they pay a high fee, through a messaging app called “IMO” and find their way via location information sent by the traffickers over WhatsApp.

Because of the crises in their home countries, they migrated to Iran and were exposed to mistreatment by Iranian soldiers, said Gülap Cemili, who illegally entered eastern Turkey’s Van.

“They killed some of our friends, took some of our clothes and money, then dropped us at the Turkish border,” said Cemili, claiming that Iranian troops tortured them.

“After getting beaten by the Iranian soldiers and being dropped at the Turkish border, we fell into the hands of traffickers, and they took $1,000 from each of us. Traffickers share the location information with us, but they don’t come along. They sent audio recordings via IMO so that their calls can’t be traced. Every one of us is miserable; we don’t know what to do anymore. There is an ongoing war in Afghanistan; they bombed our school. So we were forced to go to Iran. They have beaten us in Iran, saying that ‘It is not your country, go to Turkey.’ A Muslim wouldn’t do that to a fellow Muslim; they are holding guns to our heads.” said Cemili, who has been on the road for one and a half months.

“There is great misery taking place in Afghanistan, and I have lost many of my kinsmen.” said Afghan national Muhammed Tenha, who arrived in southeastern Turkey’ Bitlis province’s Tatvan district along with Pakistani and Bangladeshi nationals.

“I haven’t eaten in four days, and we have been walking for 45 days. They held us in Iran, and I was kept in the police station for 3-4 days. Then they handed over a document and said, ‘You have five days to go wherever you go; Istanbul, Afghanistan I don’t care. If we catch you in five days, we will harm you deeply.’ Then they let us go, and we entered Turkey through the shared border. We paid human traffickers in Iran to get to Istanbul, I paid $1,200, and my friend paid $1,500. Previously we could contact our friends but Iranian police our money and phones and set them on fire. Traffickers left us here and left. Today me and 220 other migrants slept in the truck that brought us here (Bitlis) from Van,” said Tenha, alleging that the Iranian security forces seized their money, clothes and phones.

“Just because I voted for Ashraf Ghani, they have cut off my fingers asking ‘which finger did you use to vote.’ Therefore I have fled to Turkey.” said Afghani national Şahidullah Afgan.