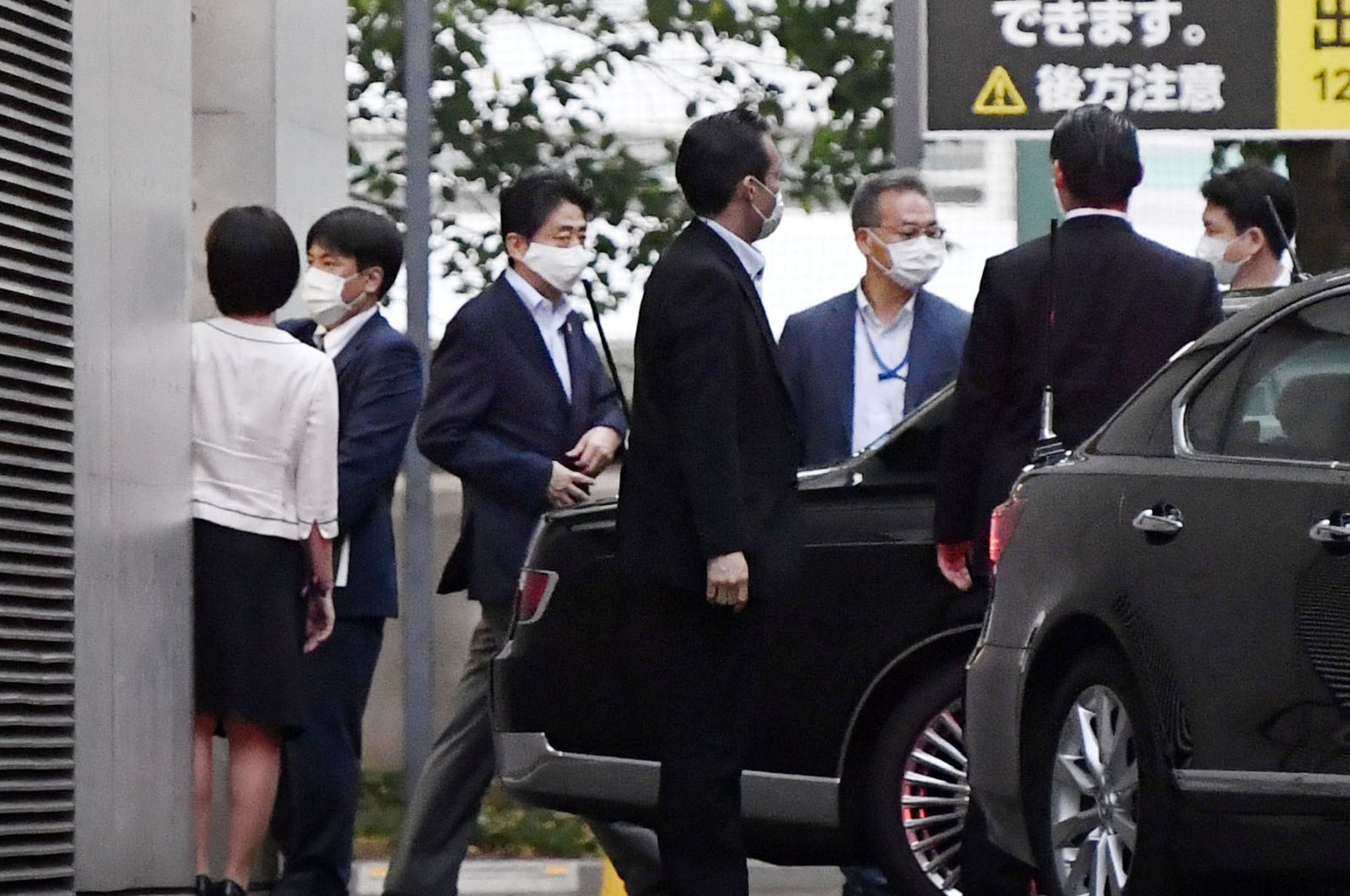 Japanese Prime Minister Shinzo Abe gets into a car as he leaves from Keio University Hospital in Tokyo, Japan, in this photo taken by Kyodo, August 17, 2020. (Kyodo Photo via Reuters)
by French Press Agency - AFP Aug 17, 2020 1:10 pm
RECOMMENDED

Abe emerged from the Tokyo hospital where he was previously treated for ulcerative colitis more than seven hours after he entered and left by car without saying anything, according to TV footage of local media.

His previously unannounced arrival Monday morning prompted a local media frenzy and comes after weeks of speculation about his health.

A weekly magazine report in July claimed Abe had been vomiting blood, but government spokesman Yoshihide Suga insisted the prime minister was healthy.

More recently, questions have been raised about the prime minister's decision to avoid holding any press conferences, despite rising criticism over the government's handling of the coronavirus outbreak domestically, where infections are increasing.

Analysts have suggested the prime minister has struggled to answer questions in public appearances, and one television even analyzed the speed with which Abe walked a route in the prime minister's office, concluding he was moving slower of late.

Local media said Monday that Abe completed his regular annual health checkup in June but cited an aide as saying he was now undergoing an additional "one-day regular health checkup."

Over the weekend, a senior member of Abe's Liberal Democratic Party appeared to suggest the prime minister needed to take a break.

"We need to force him to get rest, even just for a few days," Akira Amari told a local television station.

Abe is now Japan's longest-serving prime minister, but his first term ended abruptly with his resignation just one year into office in 2007, when he cited his health among other factors.

His illness came after a series of scandals surrounding his government that drove down his approval ratings and resulted in a massive election loss.

Abe was diagnosed with ulcerative colitis but upon returning to power in 2012, said he had overcome the condition with new medication.

While Japan has seen a comparatively small coronavirus outbreak compared with the world's worst-hit countries, Abe has been criticized for several policy flubs in handling the crisis.

His program to distribute cloth masks to each household was widely mocked, and he was forced into an embarrassing U-turn on the distribution of stimulus funds.

His approval ratings have sunk during the crisis, though the country's divided opposition has regularly failed to capitalize on falls in Abe's ratings.