Japan set to declare state of emergency over coronavirus 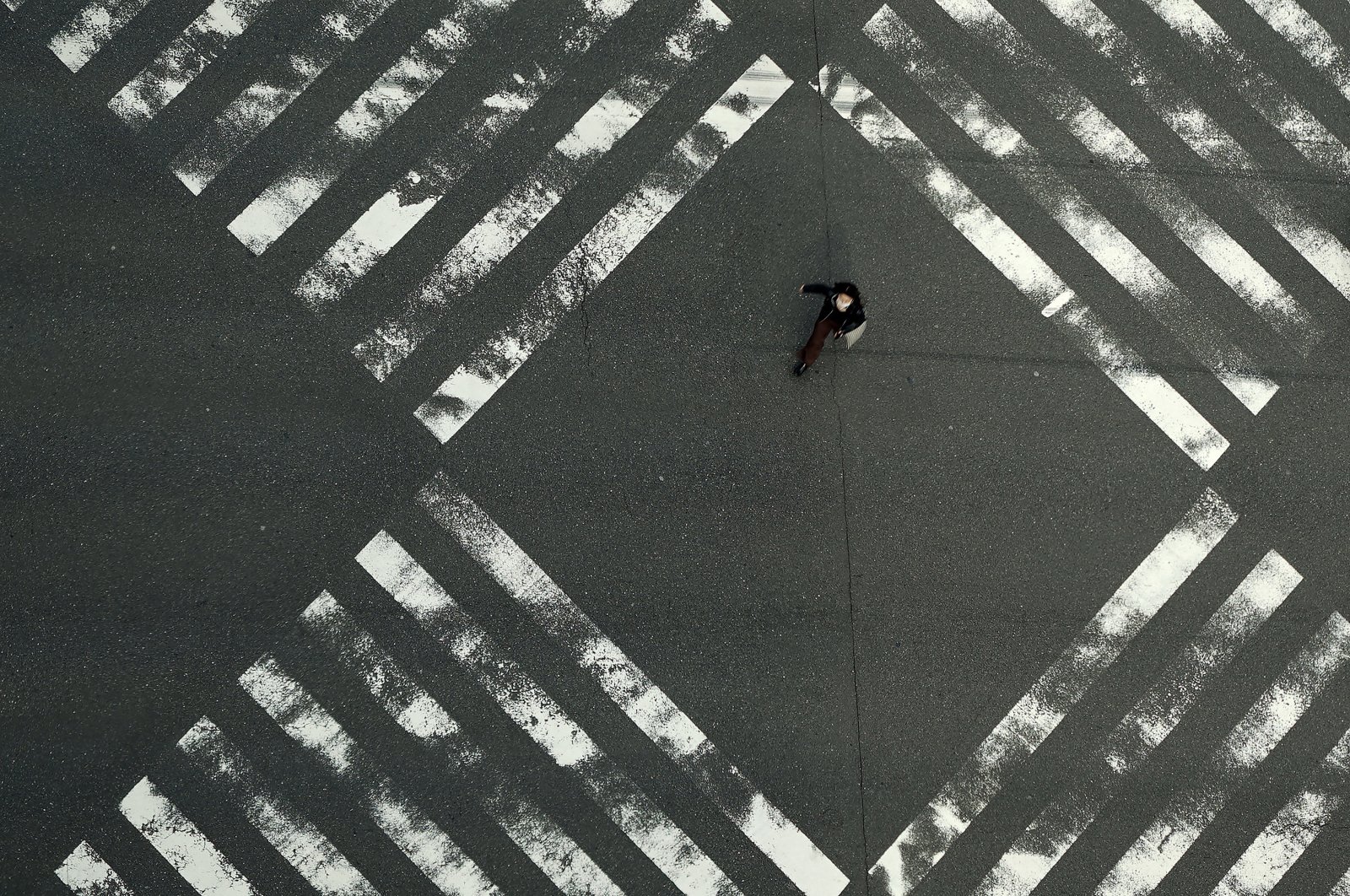 A woman walks through an empty pedestrian crossing in the Ginza shopping district in Tokyo, Friday, April 3, 2020. (AP Photo)
by Compiled from Wire Services Apr 06, 2020 9:37 am
RECOMMENDED

Japanese Prime Minister Shinzo Abe said that he will declare a state of emergency for Tokyo and six other prefectures as early as Tuesday to bolster measures to fight the coronavirus outbreak, but that there will be no hard lockdowns.

Abe also told reporters Monday that his government will launch a 108 trillion yen ($1 trillion) stimulus package to help counter the economic impact of the pandemic, including cash payouts to households in need and financial support to protect businesses and jobs.

Abe said experts on a government-commissioned task force urged him to prepare to declare a state of emergency, with the COVID-19 outbreak rapidly expanding in major cities including Tokyo, and hospitals and medical staff overburdened with patients. He said the state of emergency will cover Tokyo, Osaka, Fukuoka and four other hard-hit prefectures, and will be in effect for about a month.

The prime minister said he will hold a news conference on Tuesday to explain the state of emergency.

He said the measure is intended to further reinforce social distancing between people to slow the spread of the outbreak, and to continue to keep social and economic activities to a minimum.

Tokyo Gov. Yuriko Koike said the city will start transferring patients with no or slight symptoms from hospitals to hotels and other accommodations to make room for an influx of patients with severe symptoms.

An emergency would appear to have public support. In a poll published on Monday by JNN, run by broadcaster TBS, 80% of those surveyed said Abe should declare it while 12% said it was not necessary. His approval rating fell by 5.7 points from last month to 43.2%, the survey showed.

Kenji Shibuya, director of the Institute for Public Health at King's College, London, said the emergency was too late given the explosive increase in cases in Tokyo.

"It should have been declared by April 1 at the latest," he said.Japan's health ministry has confirmed 3,654 cases of the coronavirus, including 84 deaths, as well as another 712 infections and 11 fatalities on a cruise ship that was quarantined in the port of Yokohama near Tokyo earlier this year. While the country's coronavirus epidemic is dwarfed by the 335,000 infections and more than 9,500 deaths in the U.S. alone, experts worry a sudden surge could overwhelm the Japanese medical system.