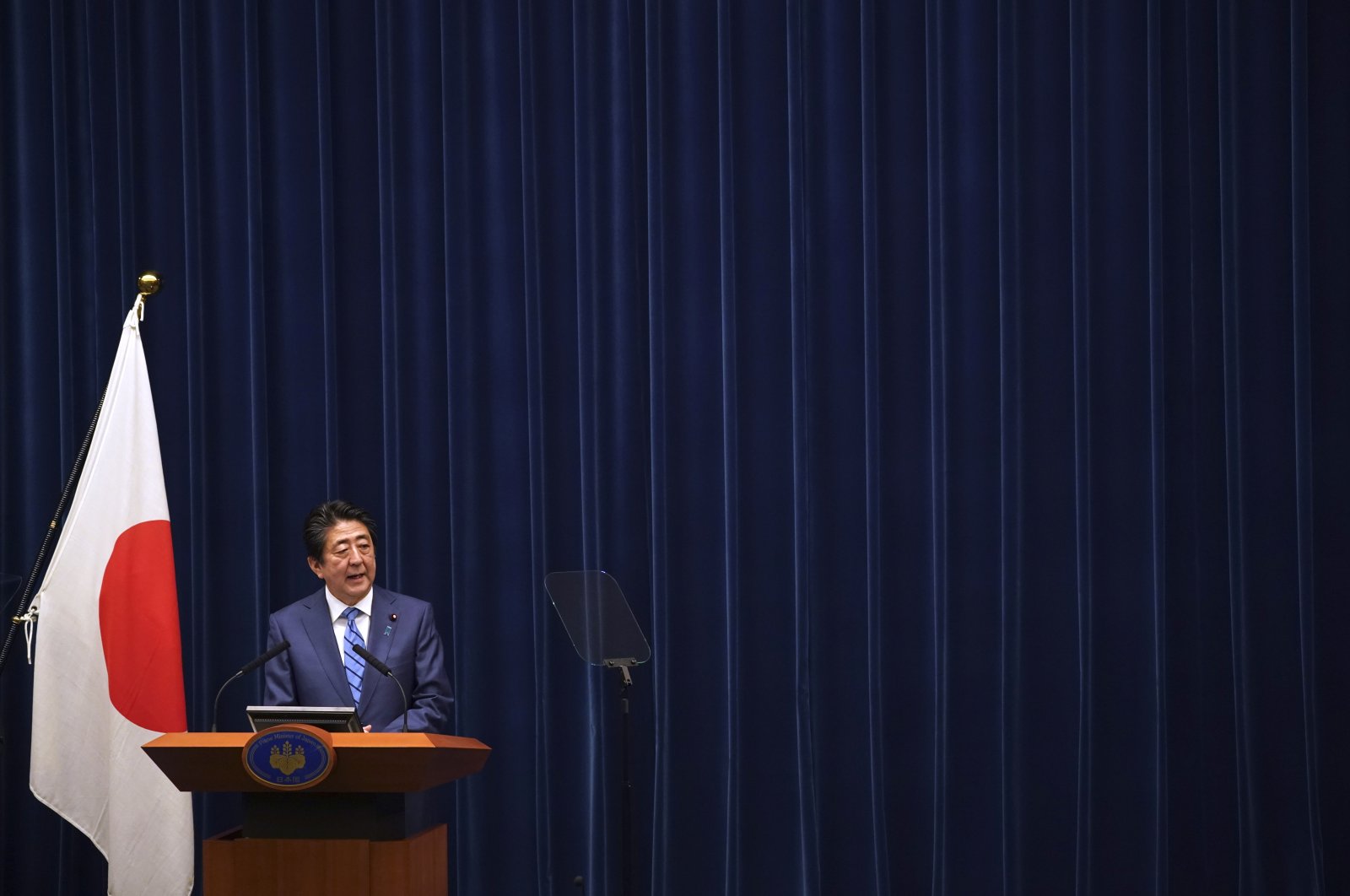 Abe said there were no discussions about postponing or canceling the games during talks with U.S. President Donald Trump, who suggested this week that Japan should consider postponing the Olympics because of the spread of the coronavirus.

He stated that Japan is continuing to “coordinate well” with the International Olympic Committee, adding: "We have to overcome the spread of the infection and want to hold the Olympics and Paralympics as planned.”

The Olympic Games are scheduled to take place from July 24-Aug. 9, and the Paralympics Aug. 25-Sept. 6.

According to Abe, the virus outbreak has not reached a point in Japan that requires him to declare a national emergency like the U.S. and parts of Europe.

Abe also said his country will aim to spearhead cooperation among major nations around the world to support a weakening global economy, warning that policy coordination was critical to fight "disruptions" in world financial markets.

He said Japan will consider various options, including a proposal by ruling party lawmakers to temporarily cut the country's sales tax rate, to support an economy suffering "quite a big blow" from the coronavirus outbreak.

"The near-term focus is on containing the virus. After that, we need to put Japan's economy back on a solid footing. We will take bold, unprecedented steps to achieve this," he told a news conference.

"The impact of the coronavirus [on the global economy] has been enormous and markets are suffering disruptions," he said.

"The government will closely coordinate with other countries as well as with the Bank of Japan. If necessary, we'll respond appropriately in line with agreements made by the G7 and G20."

While the G7 and G20 nations have pledged to take all necessary steps to fend off the shock to their economies from the virus, that has done little to prevent asset prices from crumbling last week on fears the epidemic could trigger a global recession.