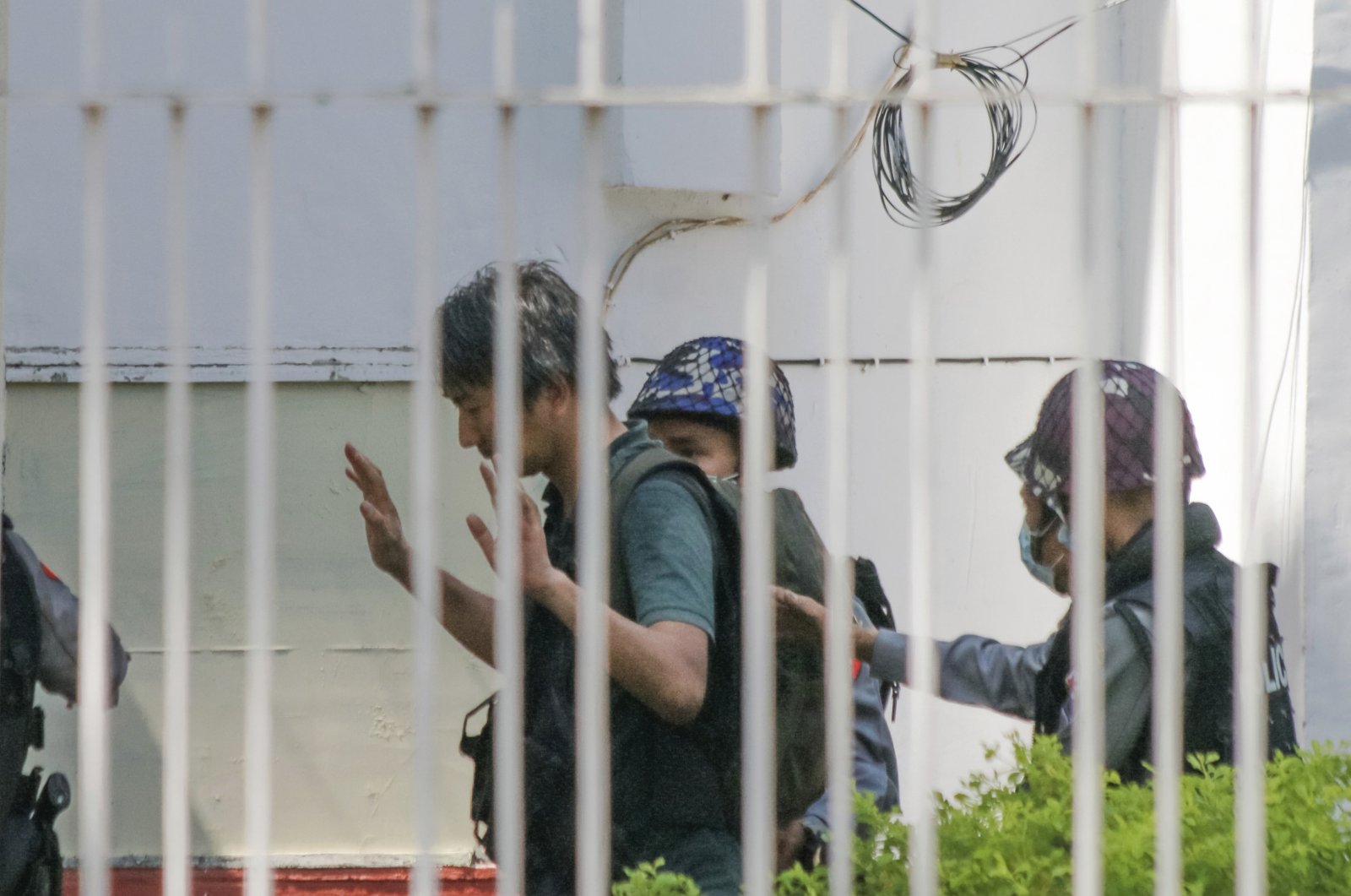 Japanese journalist Yuki Kitazumi raises his hands as he is escorted by police upon arrival at the Myaynigone police station in Sanchaung township in Yangon, Myanmar, Feb. 26, 2021. (AP Photo)
by Agencies Apr 19, 2021 9:33 am
RECOMMENDED

BBC Burmese quoted a witness as saying freelance journalist Yuki Kitazumi was picked up from his home and taken into custody by troops on Sunday night. He was asked to raise both hands and was taken away in a car, it said.

The military has ramped up its attempts to crush dissent following mass demonstrations against its ousting of civilian leader Aung San Suu Kyi, with at least 737 civilians killed and the press increasingly under attack.

Japan's government spokesperson described the journalist as a man in his 40s, without naming him.

"We are seeking, from Myanmar, his quick release, and we are trying to secure the safety of Japanese nationals," Chief Cabinet Secretary Katsunobu Kato told a news conference. "As far as reasons for his arrest and detention, the Japanese Embassy is working to learn those details."

A spokesperson for the junta did not respond to calls asking for comment.

Kitazumi runs a media production company, Yangon Media Professionals, and used to be a journalist with the Nikkei business daily, according to his Facebook page and interviews with online media.

In February, he was beaten up and briefly held in custody during a crackdown on protesters but was later released.

The press has been caught in the junta's crackdown as the military attempts to tighten control over the flow of information, throttling internet access and revoking the licenses of five local media outlets.

At least 34 journalists and photographers remain in custody across Myanmar, according to the monitoring group Reporting ASEAN.

"At these interrogation centers, detainees are forced to sign and confess under duress or through harsh torture," the Assistance Association of Political Prisoners (AAPP) said in its daily update Monday.

According to the AAPP activist group, 737 people have been killed by security forces since the coup, and 3,229 remain in detention.