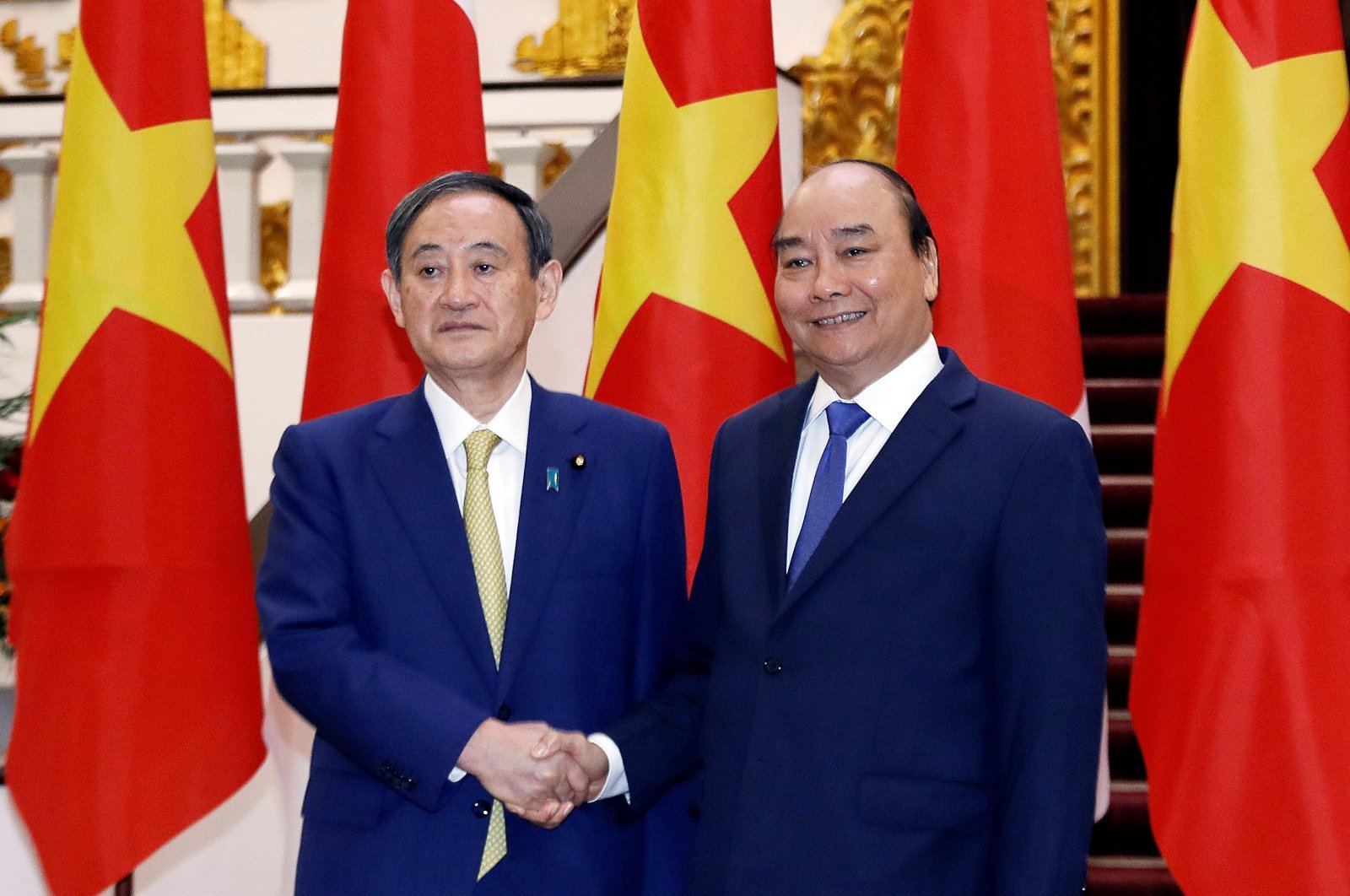 Japanese Prime Minister Yoshihide Suga, in his first overseas summit since taking office last month, agreed with his Vietnamese counterpart to step up defense and security cooperation in the face of China's expanding influence in the region.

Japan has been pursuing such agreements in recent years to bolster ties with Southeast Asia and sustain its own defense industry. Suga says his four-day trip to Vietnam and later Indonesia is key to pursuing the "free and open Indo-Pacific” vision for multilateral economic and security cooperation to counter China’s growing power and protect sea lanes in disputed areas of the South China Sea.

"Vietnam is crucial to achieving our vision of ‘the Free and Open Indo-Pacific’ and our valuable partner,’” Suga told a news conference after his meeting with Phuc.

"Japan, as an Indo-Pacific nation, will continue to contribute to the peace and stability in this region.”

Suga said Vietnam, at the center of the Indo-Pacific, was the most suitable destination for his first trip abroad as Japan’s leader. Japan already has defense equipment transfer deals with the U.S., Britain and Malaysia, among other countries.

Vietnam is Japan's 12th partner. In its first actual delivery, Japan in August exported a radar surveillance system to the Philippines. Details of possible equipment sales were not mentioned, but Suga called the agreement "a major step” for bilateral defense cooperation, saying he expects further developments.

Suga and Phuc signed other agreements to cooperate in a range of economic fields and on anti-terrorism measures. The two sides also agreed to ease entry bans and allow short-term business visits and reopen flights between Vietnam and Japan, both of which have somewhat managed to stabilize COVID-19 outbreaks.

Suga also promised to provide support for Vietnamese workers in Japan affected by the pandemic's hit to the economy. Vietnamese accounts for more than half of the foreign workers Japan has accepted in recent years to make up for its declining and aging population.

Japan is one of Vietnam’s top trading partners with two-way trade of $28.6 billion so far this year. Japan is also Vietnam’s largest overseas aid donor, providing $23 billion as of 2019 and accounting for more than a quarter of Vietnam’s foreign loans.

The government has been trying to entice Japanese companies to invest in Vietnam and other Southeast Asian countries to leaven the country's dependence on manufacturing and other businesses in China.

In August, Vietnam agreed to buy six coast guard patrol boats worth $345 million from Japan to increase its maritime capacity.

That deal comes amid China’s continuing development and militarization of artificial islands in the contested waters of the South China Sea.

Suga’s predecessor Abe also chose Vietnam to be the first country he visited after taking office. Suga is the first foreign head of a state to visit Vietnam since the country closed its borders to contain COVID-19.