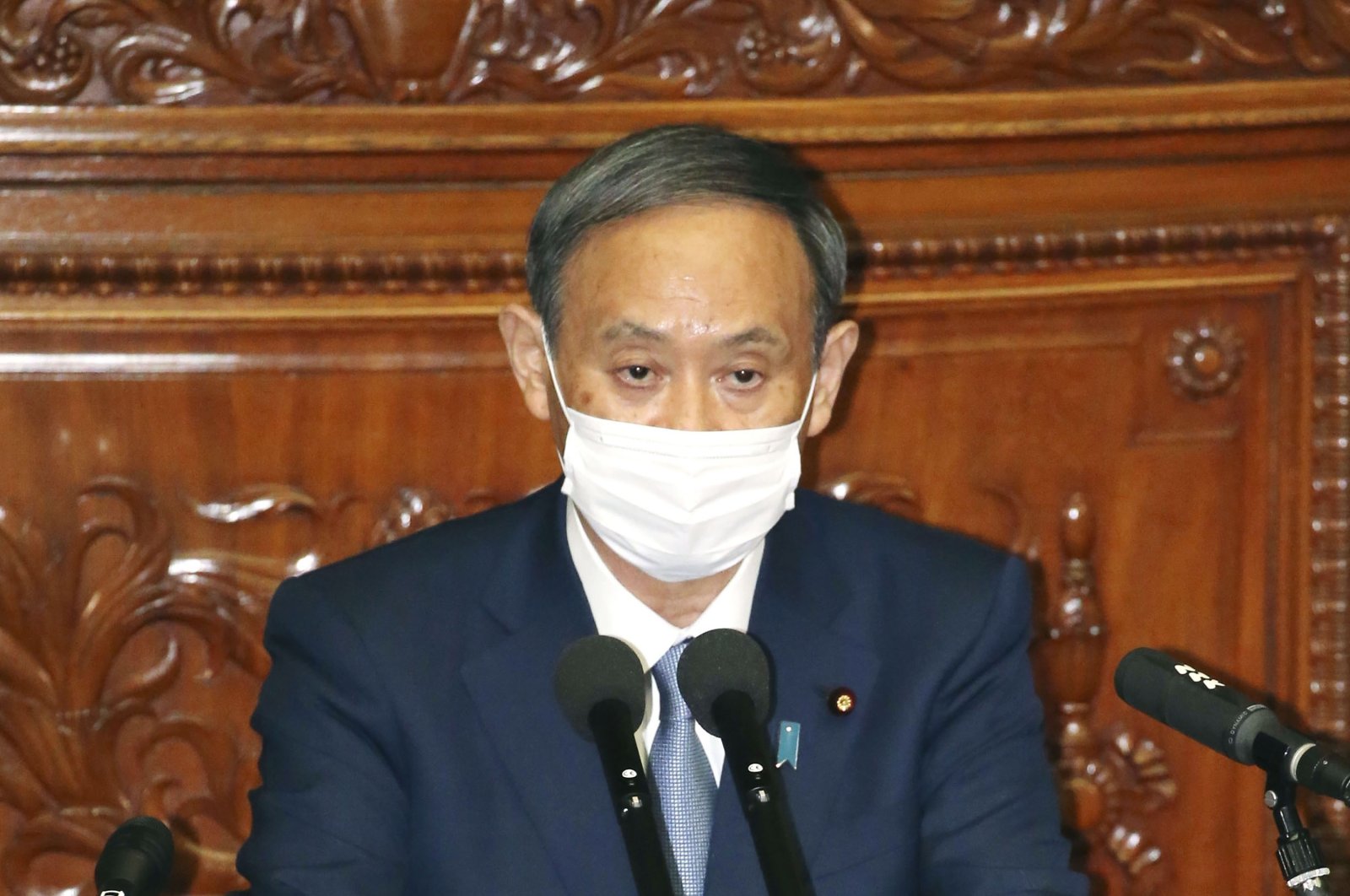 The policy speech at the outset of the parliamentary session was Suga's first since he took office on Sept. 16 after his boss Shinzo Abe resigned over health reasons. It reflects Suga's pragmatic approach to getting things done, though it's unclear he will have the political heft needed to overcome vested interests in weaning this resource-scarce nation from its reliance on imports of oil and gas.

Suga just returned from a trip last week to Vietnam and Indonesia, where he pushed ahead with Abe's efforts to build closer ties and promote a regional vision for countering growing Chinese influence.

Now out of Abe's shadow, back home Suga has been pumping out consumer-friendly policies. He has earned a reputation as a cost-cutter.

He said he intends to make a sustainable economy a pillar of his growth strategy and "put maximum effort into achieving a green society." That includes achieving a carbon-free society by 2050.

The European Union and Britain have already set similar targets for net-zero greenhouse gas emissions, and China recently announced it would become carbon-free by 2060. Japan previously targeted an 80% reduction by 2050.

Suga portrayed the need to shift away from fossil fuels to counter climate change as an opportunity rather than a burden.

"Global warming measures are no longer obstacles for economic growth, but would lead to industrial and socio-economic reforms and a major growth," he said. "We need to change our mindset."

Progress toward reducing reliance on fossil fuels has been hindered due to the prolonged closures of most of Japan's nuclear plants after the meltdown of the Fukushima Dai-ichi plant due to the 2011 earthquake and tsunami in the northeastern Tohoku region.

About 40% of Japan's carbon emissions come from power companies, and they must use more renewable sources of energy while stepping up the development of technologies using hydrogen, ammonia and other carbon-free resources, experts say.

Suga said he will speed up research and development of key technologies such as next-generation solar batteries and carbon recycling. He also promised to reduce Japan's reliance on coal-fired energy by promoting conservation and maximizing renewables, while promoting nuclear energy.

Environmental groups welcomed his announcement. "Carbon neutrality is no longer a lofty, faraway dream, but a necessary commitment," in line with international climate change agreements, Jennifer Morgan, executive director of Greenpeace International, said in a statement.

In the short term, Japan's top priority is to curb the pandemic while reviving the economy, Suga said.

Turning to Japan's biggest long-term problem, a low birthrate and a shrinking population, Suga reiterated a pledge to provide insurance coverage for infertility treatments. He also said he would promote paternity leaves for working fathers to ease the burden of child-rearing and homemaking on working mothers. He promised more help for single-parent households, more than half of which are living in poverty.

Since taking office Suga has crafted a populist and pragmatic image, winning public support for his relatively modest background and low-profile, hardworking style.

He has ordered his Cabinet to step up implementation of pet projects such as lowering cellphone rates and accelerating the use of online government, business and medical services.

"I will break administrative divisions, vested interests and bad precedents to push for reforms," Suga said.

But he also said Japanese should try to help themselves before looking to the government for assistance, in line with what experts say is a conservative stance that is unsympathetic to the disadvantaged.

Suga is best known for his effectiveness in corralling powerful bureaucrats to force through Abe's policies.

His hardline approach has sometimes drawn criticism. Earlier this month, he was accused of seeking to muzzle dissent by choosing not to appoint six professors out of a slate of 105 to the state-funded Science Council of Japan.

The flap triggered massive protests from academics and took the public support rating for his Cabinet down about 10 points to just above 50%.

Opposition lawmakers are expected to raise the issue during the 41-day session through Dec. 5.