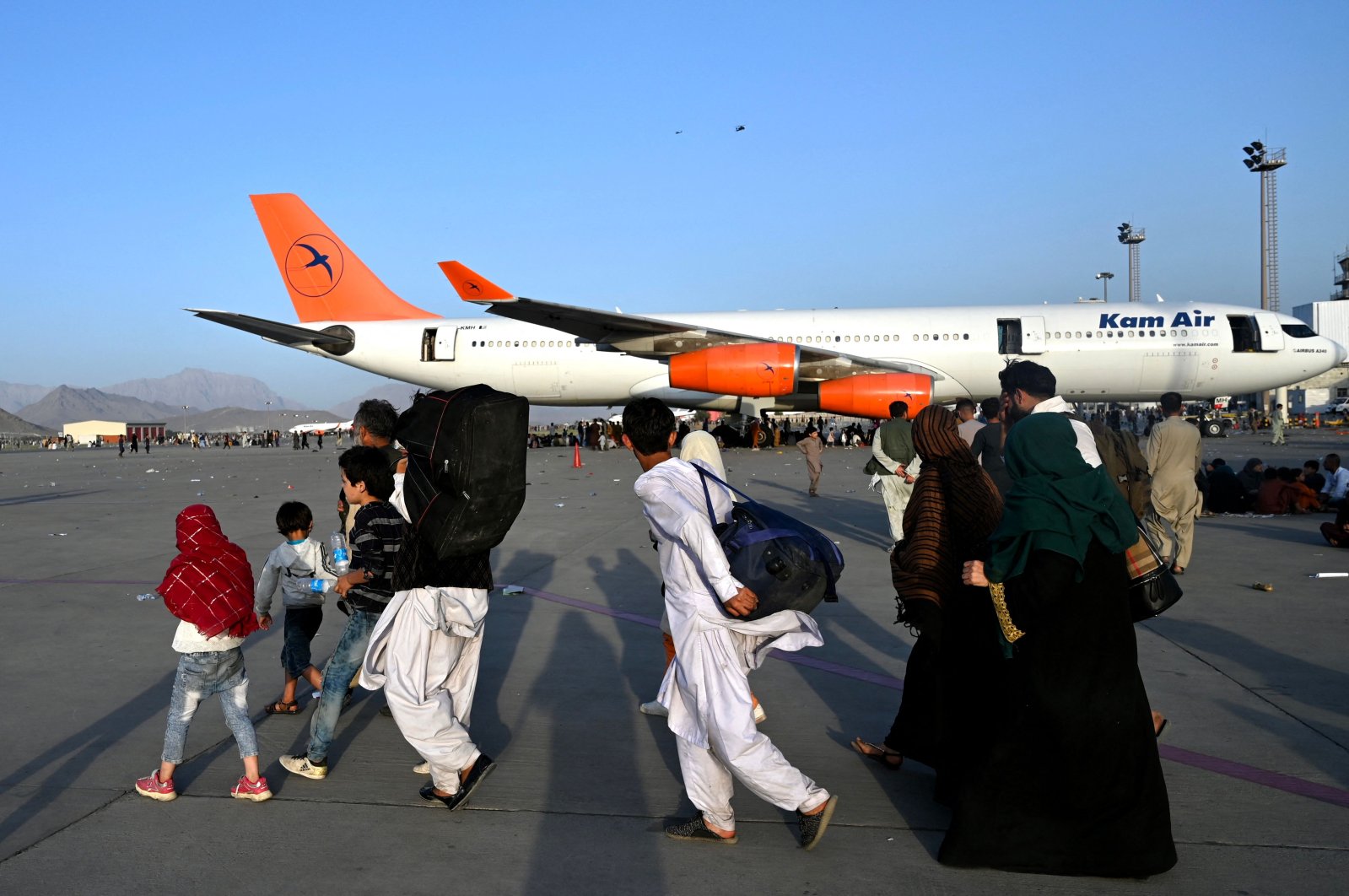 A statement attributed to the commander of CENTCOM, Gen. Frank McKenzie, said American military air traffic controllers and ground handlers were rapidly scaling up operations to ensure the smooth flow of military reinforcements to the airport and the evacuation of U.S. and partner civilians in coordination with the State Department.

According to CENTCOM, McKenzie, the top U.S. military commander in the region, who is also in charge of Afghanistan operations, met with senior Taliban leaders in Doha on Sunday and cautioned them against "interference in our evacuation" and made it clear to them that any attack would be met with "overwhelming force in the defense of our forces."

"The protection of U.S. civilians and our partners is my highest priority, and we will take all necessary action to ensure a safe and efficient withdrawal. To that end, we are prepared to fully support U.S. Embassy efforts to process and evacuate U.S. citizens, partners, special visa applicants, and Afghans at risk," he added.

On Tuesday, the top U.S. diplomat in Afghanistan rejected reports of him fleeing the war-ravaged country. In a brief note on Twitter, Ross Wilson, charge d'affaires to Afghanistan, said he and his staff remain in Kabul and are working to help thousands of U.S. citizens and vulnerable Afghans.

"@USEmbassyKabul staff & I remain in #Kabul working hard to help 1000s of U.S. citizens and vulnerable Afghans & continuing engagement here. Our commitment to the Afghan people endures," he tweeted.

Following Monday's horrific scenes at Kabul's international airport, with thousands of desperate passengers storming the runway and clinging to military and passenger planes, the U.S. Embassy has issued a statement pleading with potential travelers not to rush to the airport unless they are notified.

Flights were suspended at the airport amid crowds of hundreds of thousands anxiously waiting at its gates.

Armed Taliban fighters surrounded the airport and were firing in the air to disperse the crowds. Official sources told Anadolu Agency (AA) that U.S. forces were in charge of the airport.

At the same time, the media office of the Kabul airport said in a statement that all civilian flights from the airport had been suspended. The statement called on citizens not to invade the square to prevent looting.