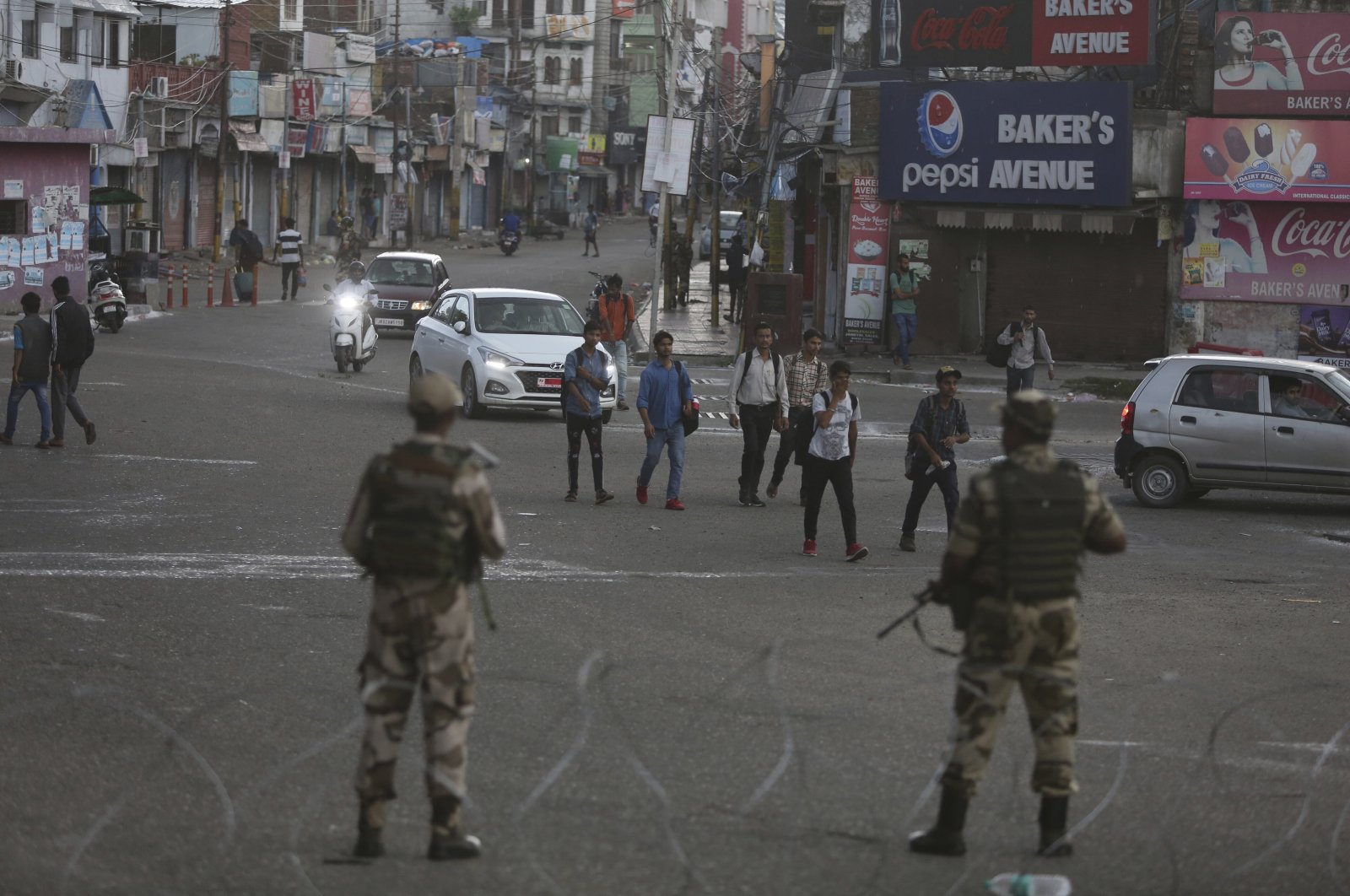 The regional administration of the Indian-administered Jammu and Kashmir sealed the office of leading English daily the Kashmir Times on Monday.

The Estates Department sealed the office, which is located in the press enclave in the main city Srinagar.

The Kashmir Times, which is headquartered in Jammu, was being published from both Jammu and Kashmir and is one of the oldest newspapers in the region.

Its owner, Anuradha Bhasin, said the government's action was a "vendetta for speaking out” while noting that no process of law was followed.

"No eviction notice was served on us and neither was there any formal communication," the Press Trust of India quoted her as saying.

On her Twitter handle, she wrote: "Today, Estates Dept locked our office without any due process of cancellation & eviction, the same way as I was evicted from a flat in Jammu, where my belongings including valuables were handed over to ‘new allottee.' Vendetta for speaking out! No due process followed. How peevish!”

Many journalists working in the region expressed support and solidarity with Bhasin. They also expressed disbelief over the government's actions.

Fahad Shah, editor of online outlet The Kashmir Walla, while describing Bhasin as one of the "strong voices" said the media in Kashmir has been facing "the most difficult situation post-August 2019, and yet a few of us continue to fight it.”

"In return, govt uses media policy, jails, summons, terror cases, intimidation to stop free press. It is daily battle to sustain freedom of press in Kashmir," he wrote on his Twitter account.

Reporters without Borders (RSF) termed the act an attack on press freedom.

"The office of The Kashmir Times, one of the most respected newspapers of the region, has just been sealed by the local govt after its editor AnuradhaBhasin was recently manhandled. @RSF_inter is appalled by this new attack on press freedom in the valley," it said.

The Kashmir dispute, one of the oldest on the agenda of the United Nations Security Council, erupted in 1947.

Also, in the Siachen glacier region in northern Kashmir, Indian and Pakistani troops have fought intermittently since 1984. A cease-fire took effect in 2003.