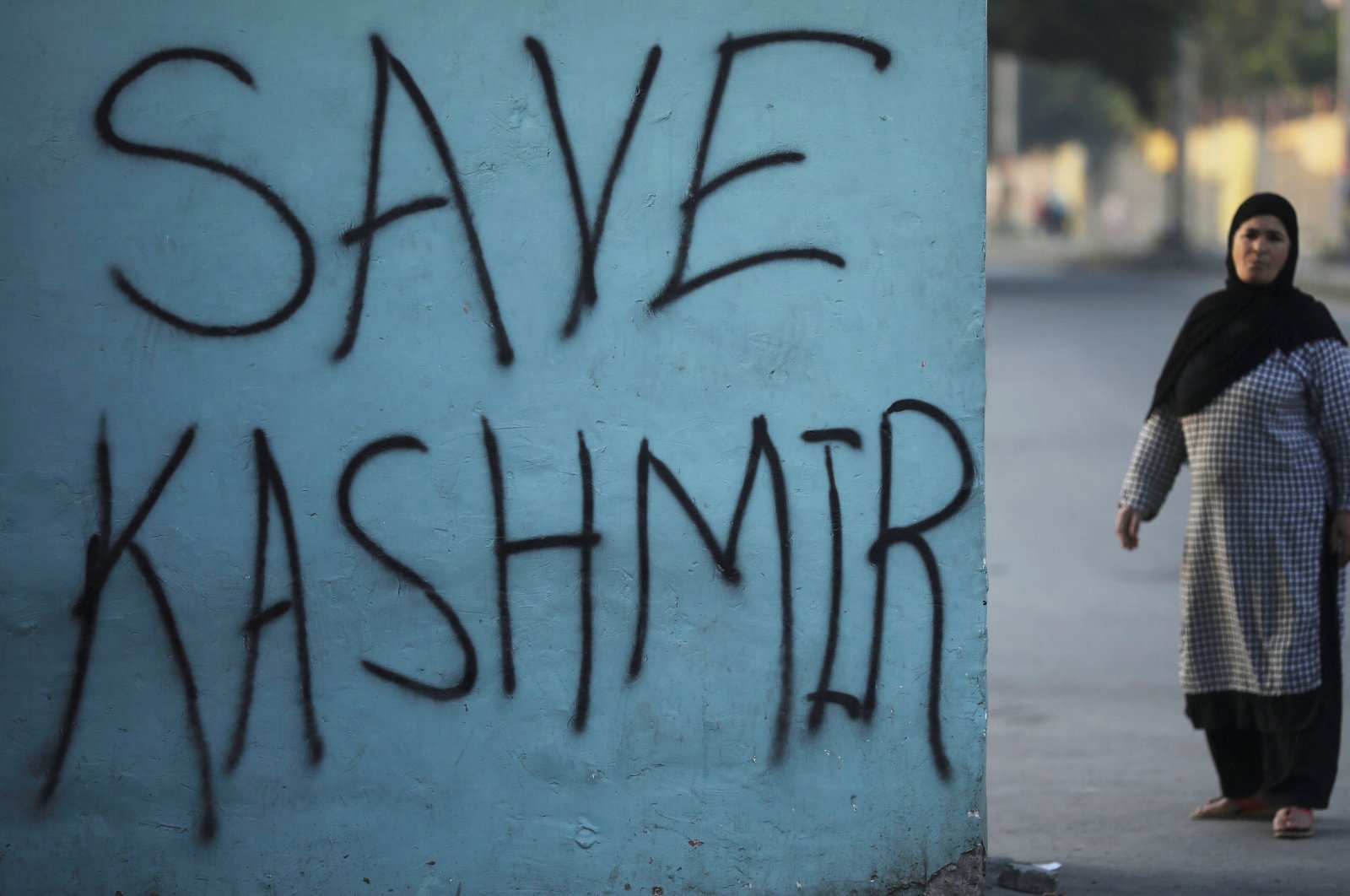 Kashmiris marked the 89th anniversary of "Martyrs Day" on Monday, calling for international intervention to resolve the Kashmir dispute.

On July 13, 1931, 22 Kashmiris were shot dead in Srinagar, the capital of Indian-administered Kashmir, by soldiers of the then-Dogra ruler Maharaja Hari Singh. Until Aug. 5 last year, when India scrapped the region's limited political autonomy, July 13 was a holiday in the official calendar. However, the Indian government dropped the day from the list of holidays.

On Monday, policemen and paramilitary troopers blocked the roads leading to the graveyard in an old Srinagar area called Naqashband Sahib. The graveyard, called Martyrs' Graveyard, is located in the lawns of a shrine built in the memory of central Asian Sufi saint, Khwaja Sayed Bahauddin Naqashband Bukhari, the founder of the Sufi Naqashbandi order. A semi-armored vehicle and a police vehicle stood outside the gate of the shrine whose gate had been locked. Scores of police and paramilitary soldiers patrolling nearby stopped a media team from shooting videos and reporting.

The U.S.-based World Kashmir Awareness Forum said in a statement that the world powers need "to pay heed to the long-standing wishes and aspirations of the Kashmiri people." "Their suffering has not ended despite the end of the despotic Dogra dynasty rule. The fate of Kashmiris changed for the worse, as it has been replaced by tyrannies of successive Indian regimes with various garbs of democracy," the diaspora group said. It said the day, July 13, every year reminds millions of Kashmiris how Singh's troops took aim at each person who stood up to make the call for Friday prayer service.

Tensions have run high since a decision by India in August to strip the region of Kashmir of its special autonomous status, a move that angered Pakistan. On Aug. 5, India revoked Articles 370 and 35A, used to grant Jammu and Kashmir special semi-autonomous status separate from the central Indian government. With the articles revoked, Jammu and Kashmir will no longer have its own constitution and will have to abide by Indian laws and the Constitution of India.

Since then, the United Nations has raised growing concerns over the humanitarian situation in disputed Kashmir. The internet ban in the region is believed to be the longest communications blackout in the history of any democratic country. The education of children in the disputed Kashmir region was interrupted for months. Nearly 1.2 million Kashmiri students attended classes in February for the first time in almost seven months since India revoked limited autonomy and divided the region into two centrally administered units.