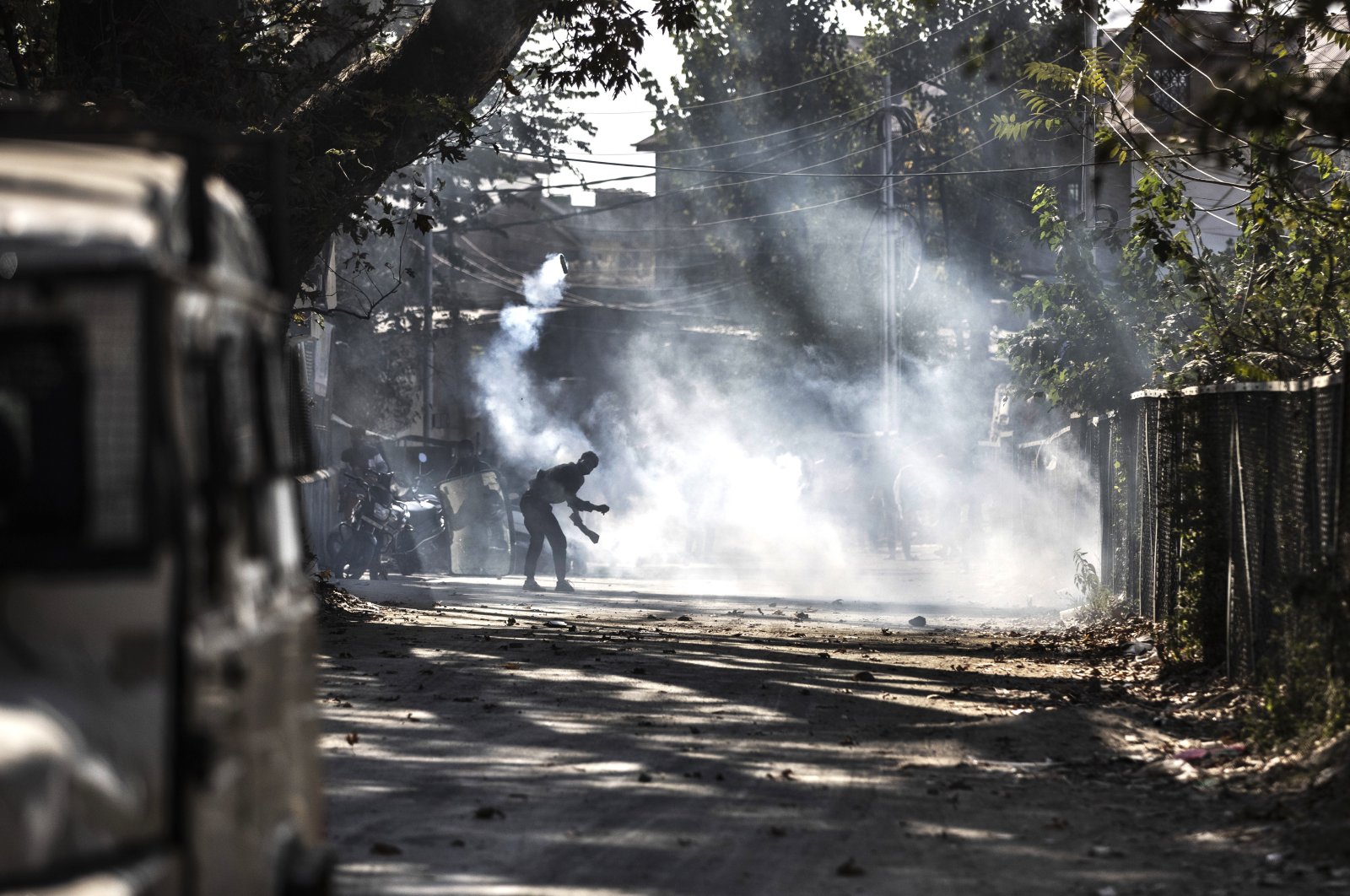 A Kashmiri protester throws an exploded tear smoke shell on Indian forces during a clash following the killing of two suspected rebels in a gunfight with government forces in Srinagar, Kashmir, Oct. 12, 2020. (AP Photo)
by Agencies Oct 12, 2020 3:51 pm
RECOMMENDED

Anti-India clashes erupted in the main city of disputed Kashmir on Monday following the killing of two suspected rebels in a gunfight with Indian forces.

Police and paramilitary soldiers on a tip launched a counterinsurgency operation in a neighborhood in Srinagar overnight, leading to an exchange of gunfire between trapped militants and troops early Monday, police said in a statement.

Two suspected rebels were killed in the fighting, police said.

Residents said Indian troops set a civilian house on fire during the fighting. Police said one of the dead was a Pakistani militant, who had been operating in the region since earlier this year and was responsible for at least two deadly attacks on paramilitary soldiers in Srinagar.

There was no independent confirmation of the police claim.

As the fighting ended, scores of people, chanting slogans such as "Go India, go back" and "We want freedom," threw stones at government forces. Troops retaliated by firing tear gas and shotgun pellets.

No one was immediately reported injured in the clashes.

The Kashmir dispute, one of the oldest on the agenda of the U.N. Security Council, erupted between India and Pakistan in 1947. Since 1947, more than 94,000 Kashmiris have been killed during clashes with Indian authorities, according to Pakistani sources.

Islamabad has urged the international community to fulfill its moral and legal obligation by giving Kashmiris the chance to realize their inalienable right to self-determination per Security Council resolutions.

Most Kashmiris support uniting the territory, either under Pakistani rule or as an independent country.