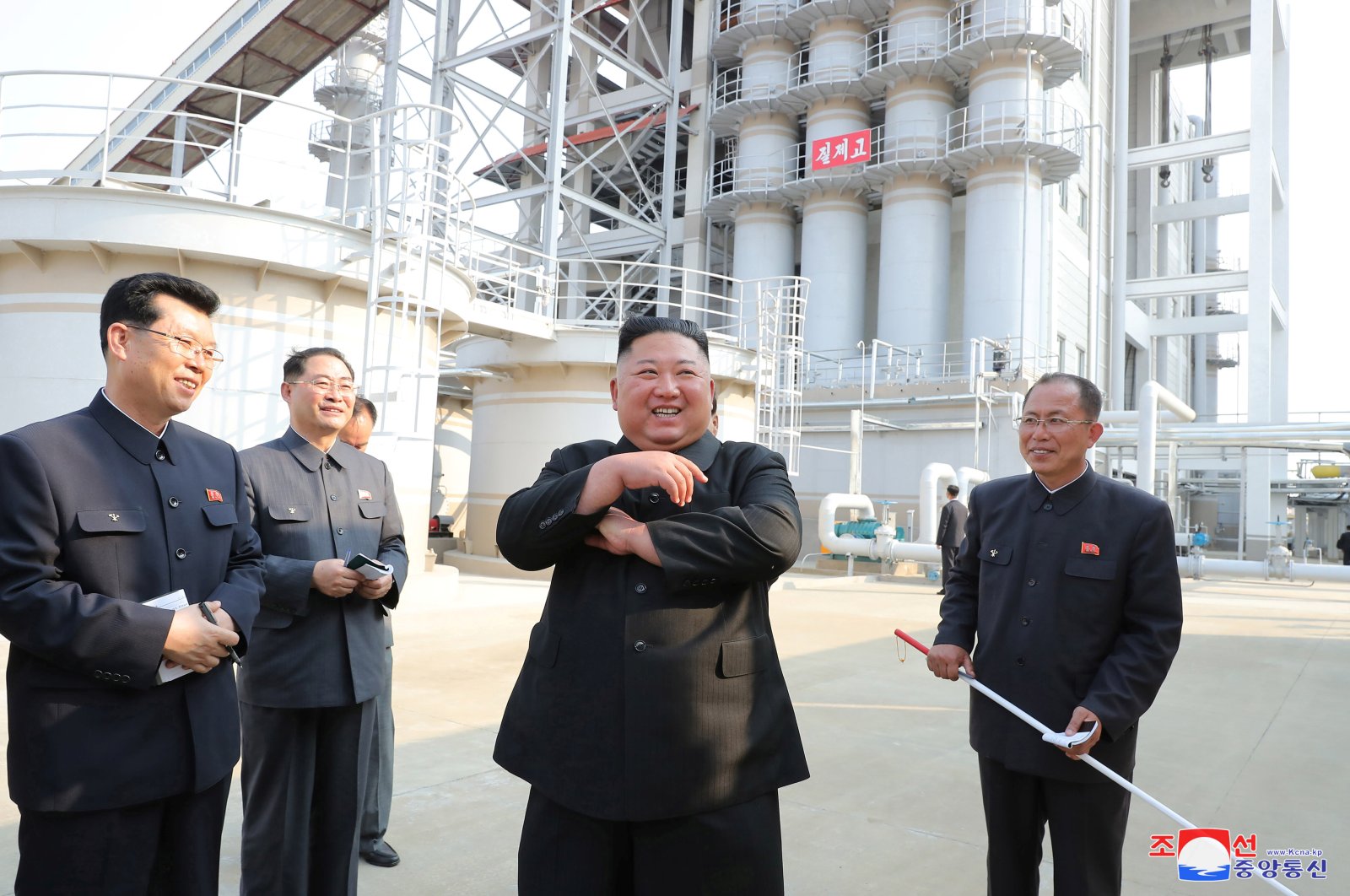 North Korean leader Kim Jong Un attends the completion of a fertilizer plant in a region north of the capital, Pyongyang, in this image released by North Korea's Korean Central News Agency (KCNA) on May 2, 2020.
by Compiled from Wire Services May 03, 2020 11:14 am
RECOMMENDED

Small plane with 22 people on board missing in Nepal's mountains

North Korea's Kim Jong Un is not believed to have received surgery, a senior South Korean official said Sunday, a day after Kim's reappearance following a near three-week absence that triggered intense speculation about his health.

"Chairman Kim is not believed to have received surgery," an unnamed senior official at the South Korean's presidential office said, according to Yonhap news agency.

"There were media reports speculating about Kim's surgery, citing a change in the way he walks," the official added, saying Seoul had enough grounds to draw the conclusion.

Rumors about Kim's health have been swirling since his conspicuous no-show at April 15 celebrations for the birthday of his grandfather, North Korea's founder – the most important day in the country's political calendar.

His absence triggered a series of fevered rumors and unconfirmed reports over his condition, while the United States and South Korea insisted they had no information to believe any of the conjecture was true.

North Korean state television showed Kim walking, smiling broadly and smoking a cigarette at what it said was the opening of a fertilizer factory on Friday.

Some experts say South Korea, as well as its regional neighbors and ally Washington, must begin preparing for the possible chaos that could come if Kim is sidelined by health problems or even dies. Worst-case scenarios include North Korean refugees flooding South Korea or China, or military hard-liners letting loose nuclear weapons.

In 2014, Kim vanished from the public eye for nearly six weeks before reappearing with a cane. South Korea’s spy agency said at the time that he had a cyst removed from his ankle.

Analysts say Kim's health could become an increasing factor in years ahead: He’s overweight, smokes and drinks, and has a family history of heart issues.

If he’s suddenly unable to rule, some analysts have said his sister, believed to be around four years younger than her brother, would be installed as leader to continue Pyongyang’s heredity dynasty that began after World War II.

Small plane with 22 people on board missing in Nepal's mountains