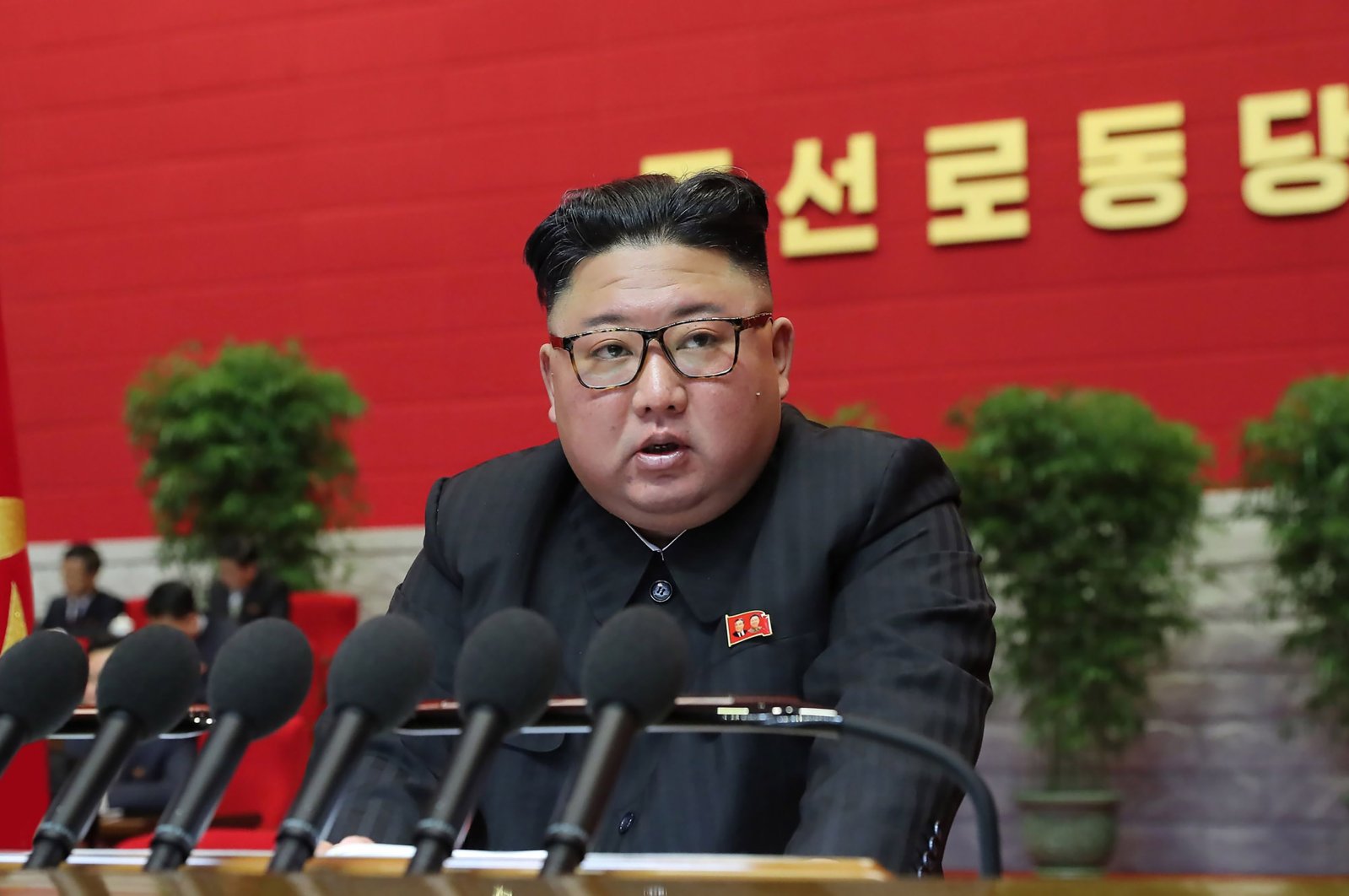 North Korean leader Kim Jong Un underscored the need to drastically improve his nation’s ties with the outside world as he addressed a major political conference for the third consecutive day. State media said Kim also reviewed relations with rival South Korea but didn’t elaborate on what steps he said he wanted to take.

Observers had expected Kim to use the first congress of the ruling Workers’ Party in five years to send conciliatory gestures toward Seoul and Washington as he faces deepening economic troubles at home.

In his speech on the third day of the meeting Thursday, Kim "declared the general orientation and the policy stand of our party for comprehensively expanding and developing the external relations,” the Korean Central News Agency (KCNA) said Friday. Kim also examined relations with South Korea "as required by the prevailing situation and the changed times,” KCNA said.

The congress is the party’s top decision-making body that reviews past projects, lays out new priorities and reshuffles top officials. This month’s congress was convened as Kim is struggling to overcome what he calls "multiple crises” caused by an economy battered by pandemic-related border closings, a series of natural disasters and U.S.-led sanctions.

In his opening-day speech, Kim admitted his previous economic developmental plans had failed and vowed to lay out a new five-year development plan.

On the second day of the meeting, he said he would bolster his country’s military capability. Kim, who inherited power upon his father Kim Jong Il’s death in late 2011, turned 37 on Friday. His birthday hasn’t yet been designated as a national holiday like his father and grandfather’s. KCNA said the congress would continue, suggesting it was having a fourth-day session on Kim’s birthday.

After a provocative run of weapons tests in 2016-17 to acquire the ability to strike the U.S. mainland with nuclear weapons, Kim abruptly launched high-stakes nuclear diplomacy with President Donald Trump, which awarded him a long-desired legitimacy on a world stage.

He also met Chinese, Russian, South Korean and other world leaders but as his diplomacy with Trump stalled and COVID-19 forced him to close his country’s international borders, Kim has been hunkering down and focusing domestically to mitigate the economic shocks from the pandemic.

During Thursday’s session, Kim also called for "thoroughly eliminating non-socialist elements” in North Korean society and proposed ways to promote the "might of the social system of our state.” Kim criticized working people’s organizations including the youth league for allegedly failing to fulfill their duties and said the youth league must prioritize "ideological education” above other tasks, KCNA said. Kim’s government has been cracking down on what it calls "alien, unsound non-socialist practices.”

Analysts say North Korea is guarding against a possible spread of capitalism and looser internal unity amid the economic difficulties. South Korea's spy agency said Kim was worrying about President-elect Joe Biden, who is to take office on Jan. 20. He has called Kim a "thug” and is unlikely to hold any direct meeting with him unless North Korea takes serious steps toward denuclearization.

The Kim-Trump diplomacy broke down during a summit in Vietnam in early 2019 after Trump rejected Kim's offer to dismantle his main nuclear complex, a limited disarmament step, in return for broad sanctions relief. Ties between the Koreas once flourished after Kim entered talks with Trump.

Pyongyang, however, halted exchanges with Seoul and resumed harsh rhetoric against it after Kim’s second summit with Trump in Vietnam in early 2019 collapsed over Trump’s rebuttal of Kim’s push for sweeping sanctions relief in return for a limited denuclearization step.

Some observers say North Korea is frustrated because Seoul has failed to break away from Washington and revive stalled joint economic projects held back by the U.S.-led sanctions. They also speculate North Korea initially thought South Korea would help it win sanctions relief but got upset after Kim returned home empty-handed from the 2019 summit with Trump.

The observers say North Korea may reach out to South Korea first to promote a reconciliation before pushing for talks with the Biden administration.

The stalled Kim-Trump diplomacy began after South Korean officials met Kim in early 2018 and conveyed to Washington his intent to deal away his nuclear program in exchange for economic and political benefits.