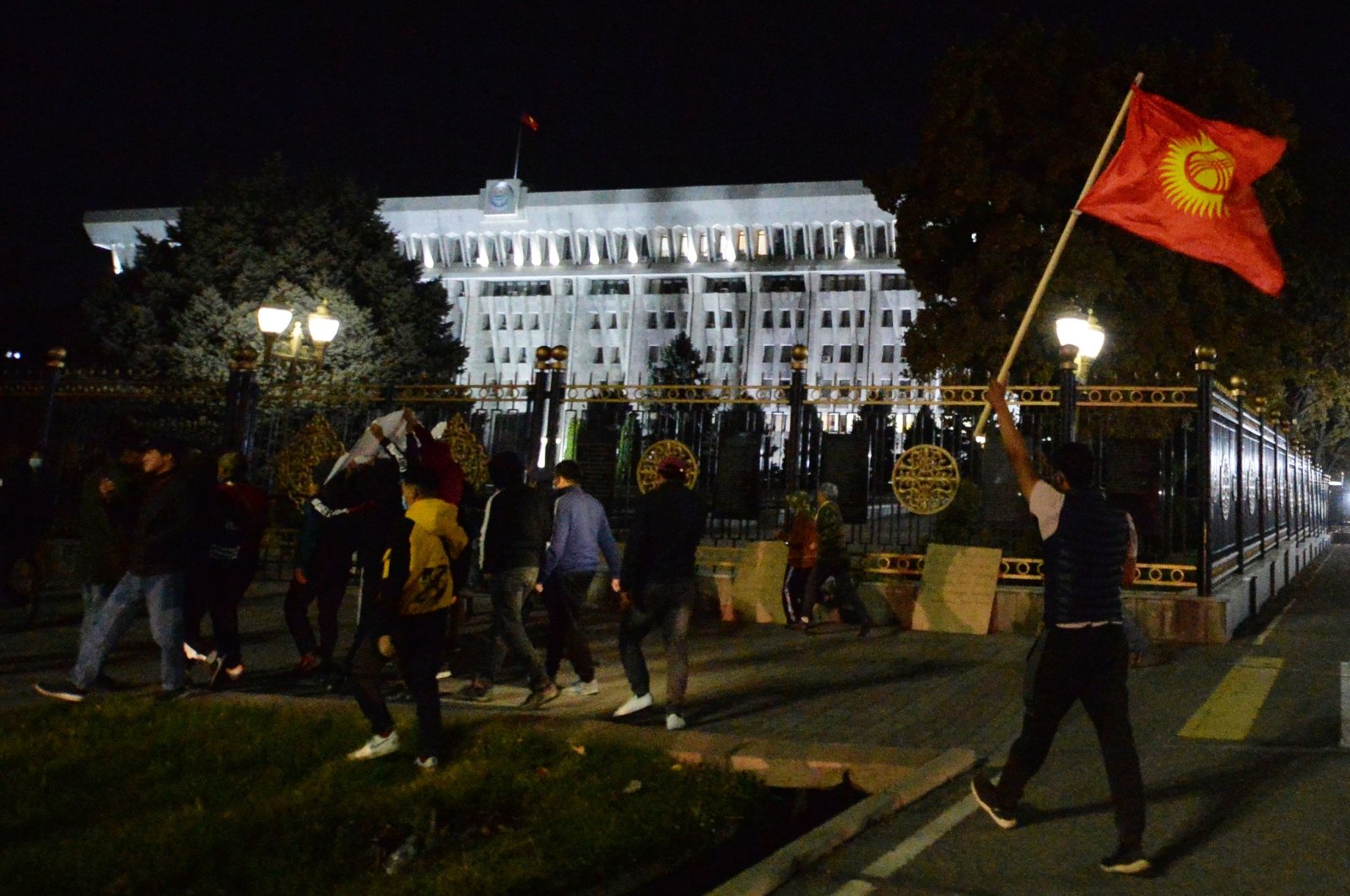 Protesters walk towards the government headquarters during a rally against the results of a parliamentary vote in Bishkek, Kyrgyzstan, Oct. 5, 2020. (AFP Photo)
by Agencies
Oct 06, 2020 11:33 am

“I believe that with this election campaign we have discredited ourselves, and therefore the best and most correct decision in this case would be the decision on early resignation,” member of the committee Gulnara Jurabayeva said.

Kyrgyz opposition groups said they had seized power in the strategically-important Central Asian country Tuesday after taking control of government buildings in the capital Bishkek.

President Sooronbai Jeenbekov said the country, which hosts a Russian air base and a large Canadian-controlled gold mine, was facing an attempted coup d'etat. He ordered security forces not to open fire protesters however.

One person was killed and 590 wounded in unrest overnight, the government said. The opposition said it had freed Almazbek Atambayev, a former president jailed on corruption charges, and was already discussing the line-up of a provisional government.

It was not clear what role, if any, Atambayev would receive, and Jeenbekov, the sitting president, showed no immediate signs of relinquishing power.

Kyrgyzstan borders China and is a close ally of Russia and has long been a platform for geopolitical competition between Moscow, Washington and Beijing. It has a history of political volatility – two of its presidents have been toppled by revolts in the past 15 years.