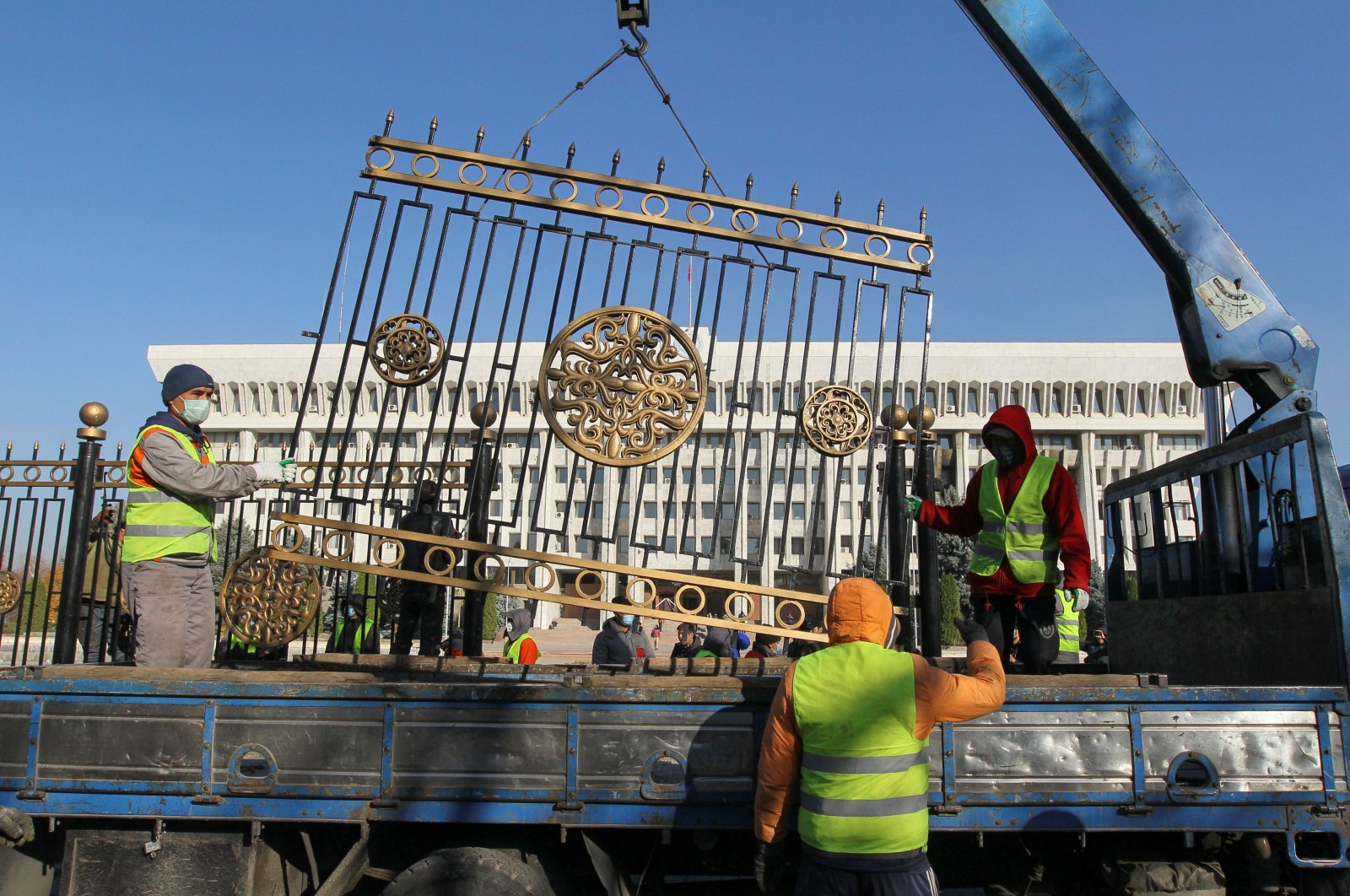 Kyrgyzstan tore down the gates of its main government building on Friday in a move authorities said symbolized the removal of barriers between citizens and authorities following political turmoil.

Sooronbai Jeenbekov last month became the third president in Kyrgyzstan to resign amid unrest since the country gained independence 29 years ago amid the collapse of the Soviet Union.

His departure came after allegations of vote-rigging in parliamentary elections sparked mass protests that persisted even after the results of the vote were canceled.

The initiative to tear down the black-painted metal gates surrounding the building that houses both the parliament and the presidential administration came from new Prime Minister and acting President Sadyr Zhaparov, parliamentary Speaker Talant Mamytov told journalists.

The demolition of the gates "is a symbol of the openness of the new government to the people," Mamytov said.

The new mayor of the capital Bishkek, Balbak Tulobayev, said the section, which includes a plaque bearing the name of the dead from a previous uprising, would be left standing and compared it to remnants of the Berlin wall. "It will remain as a memory," Tulobayev said.

Protesters captured the government building, known as the White House, in the early hours of Oct. 6, a day after the results of the election were announced. They broke through the gates, mirroring the actions of protesters during political upheavals that unseated the country's first and second presidents in 2005 and 2010. The latest crisis was triggered by legislative elections that saw parties close to former President Jeenbekov accused of mass vote-buying.