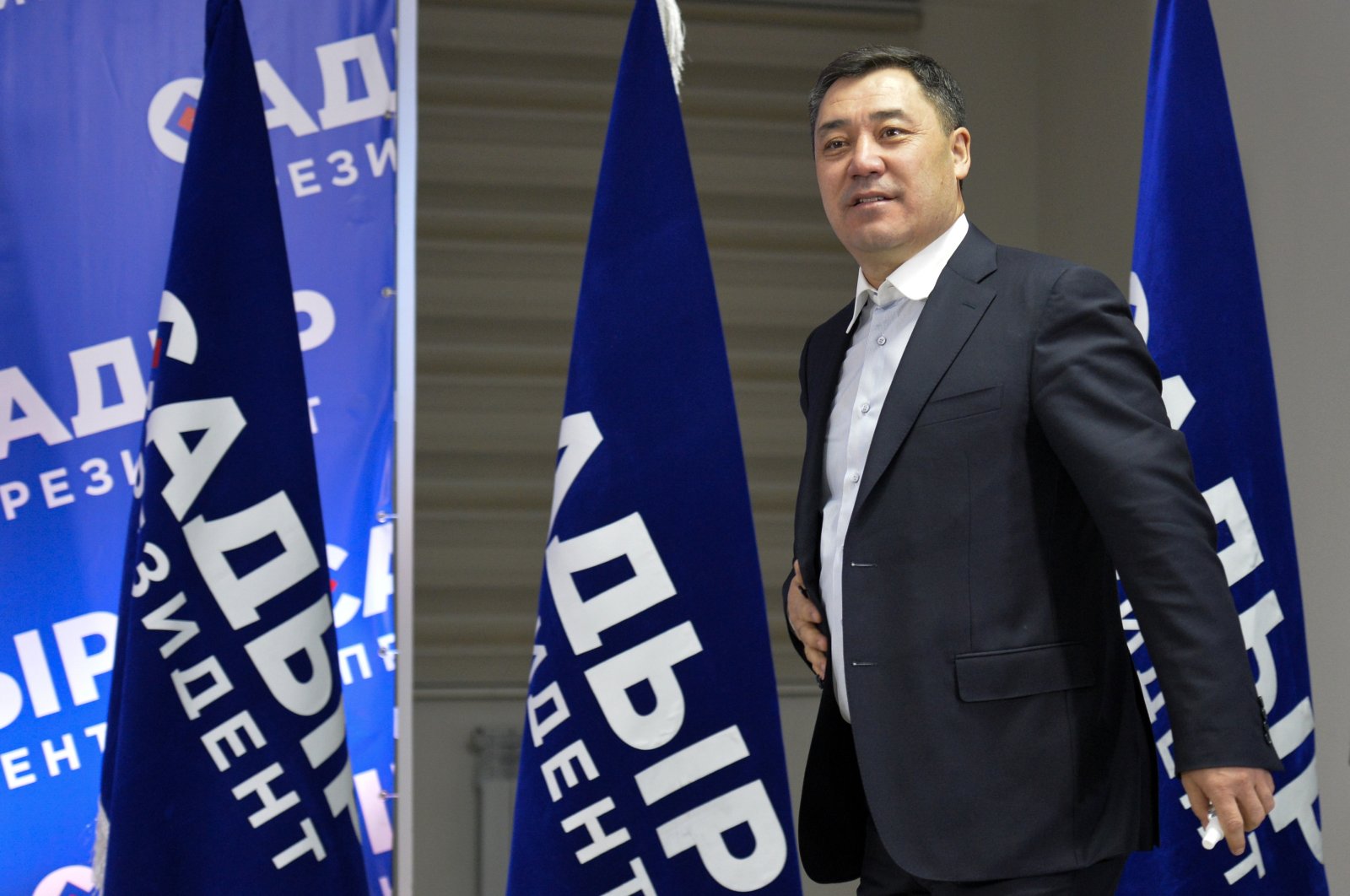 Sadyr Zhaparov, the top presidential candidate, arrives at a news conference after the presidential election in Bishkek, Kyrgyzstan, Jan. 10, 2021. (AP Photo)
by Anadolu Agency Jan 11, 2021 10:22 am

Kyrgyzstan's economic crisis will end in a couple of years if political stability is achieved, the country's leader said Sunday.

Speaking at a news conference, Sadyr Zhaparov, who won Sunday's presidential elections, according to unofficial results, said it will take more than a year or two to solve the country's problems.

"If political stability is achieved, I will get Kyrgyzstan out of the economic crisis within three to four years," Zhaparov stated.

Pointing to the widespread, deep-rooted corruption ingrained in the country over the past 30 years, he stressed that the public should support the state by shouldering responsibility in the fight against it. Zhaparov said voters elected him to fight corruption.

"We will not repeat the mistakes of the previous government. We will stay away from political oppression. We will not tolerate those who violate the rule of law," he said.

Nurjan Shaildabekova, president of the Central Election Commission, told reporters that Zhaparov secured around 79% of the vote, citing preliminary results.

The country also voted to decide on its form of government: parliamentary, presidential or no change.

Shaildabekova said that around 34% of the voters voted in the referendum, with 81.2% of them voting for the presidential form of government.