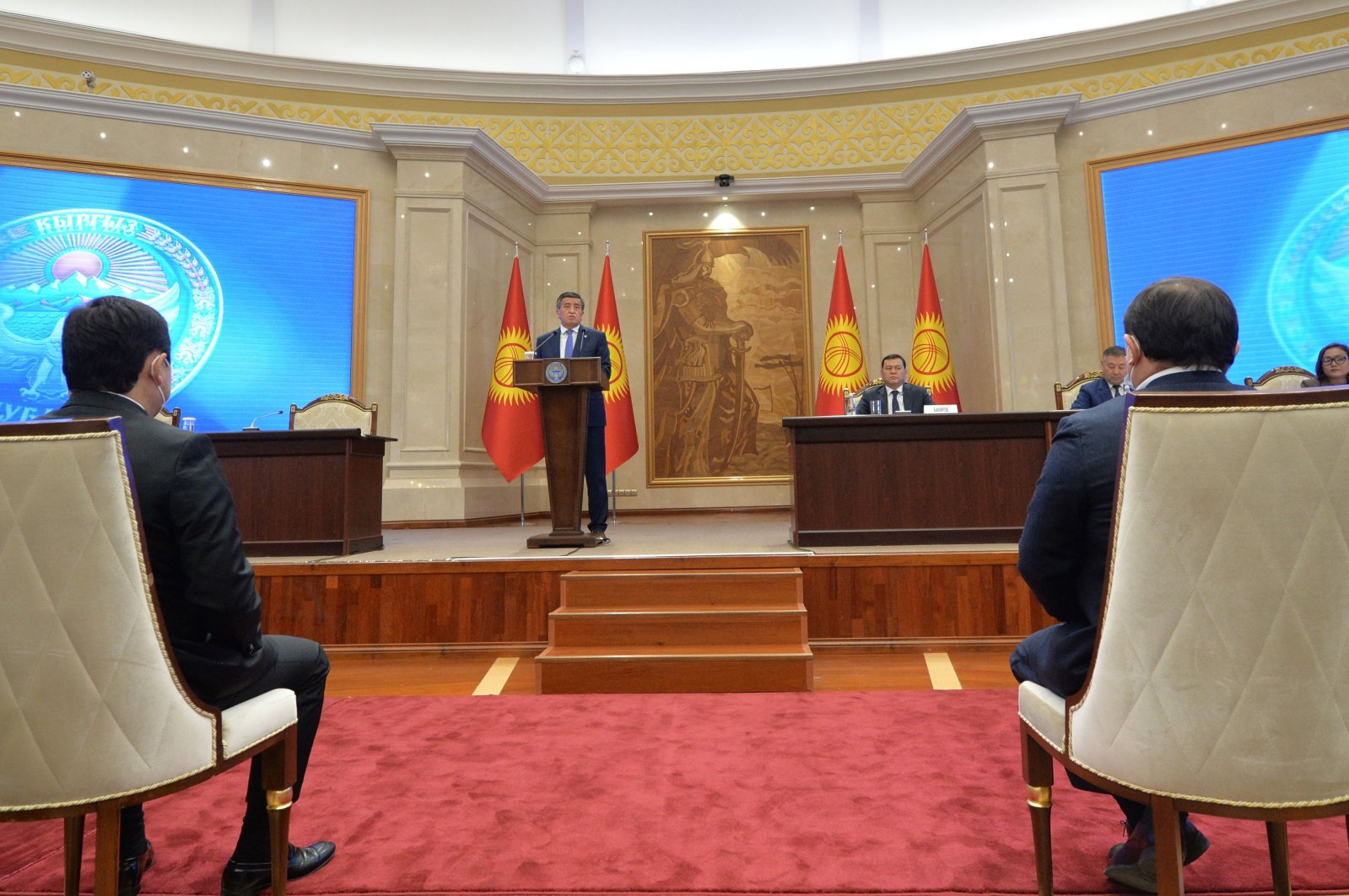 Kyrgyzstan's parliament voted on Thursday to suspend laws that would force fresh elections, after a parliamentary vote held earlier this month was annulled and rescheduled for December.

The Central Asian country has been embroiled in political crisis following the elections, which saw demonstrators free a populist politician who quickly became acting president.

Sadyr Zhaparov, 51, has consolidated power since his supporters flooded into the capital after the vote and he effectively forced the president's resignation.

Sooronbai Jeenbekov was the third leader to step down amid political chaos in the ex-Soviet country since independence in 1991.

The election results were annulled in a bid to tame the unrest, and electoral authorities said this week that a repeat ballot would be held on Dec. 20. But parliament overturned that decision Thursday by suspending part of the constitution that requires new elections, a parliament spokesperson told Agence France-Presse (AFP).

The move comes as Zhaparov, the recently appointed prime minister who also inherited presidential powers following Jeenbekov's resignation, called for changes to the constitution. He has proposed to shrink the legislature, alter the electoral system and create a parallel people's assembly that could force fresh elections if dissatisfied with the parliament. He has also said that citizens should have the option to vote in a referendum on reverting to a presidential system from the current mixed system.

The one-time lawmaker was serving a sentence for hostage-taking dating back to a 2013 incident during a rally for the nationalization of a gold mine, before protesters freed him this month.