Landslides in China leave at least 14 dead or missing 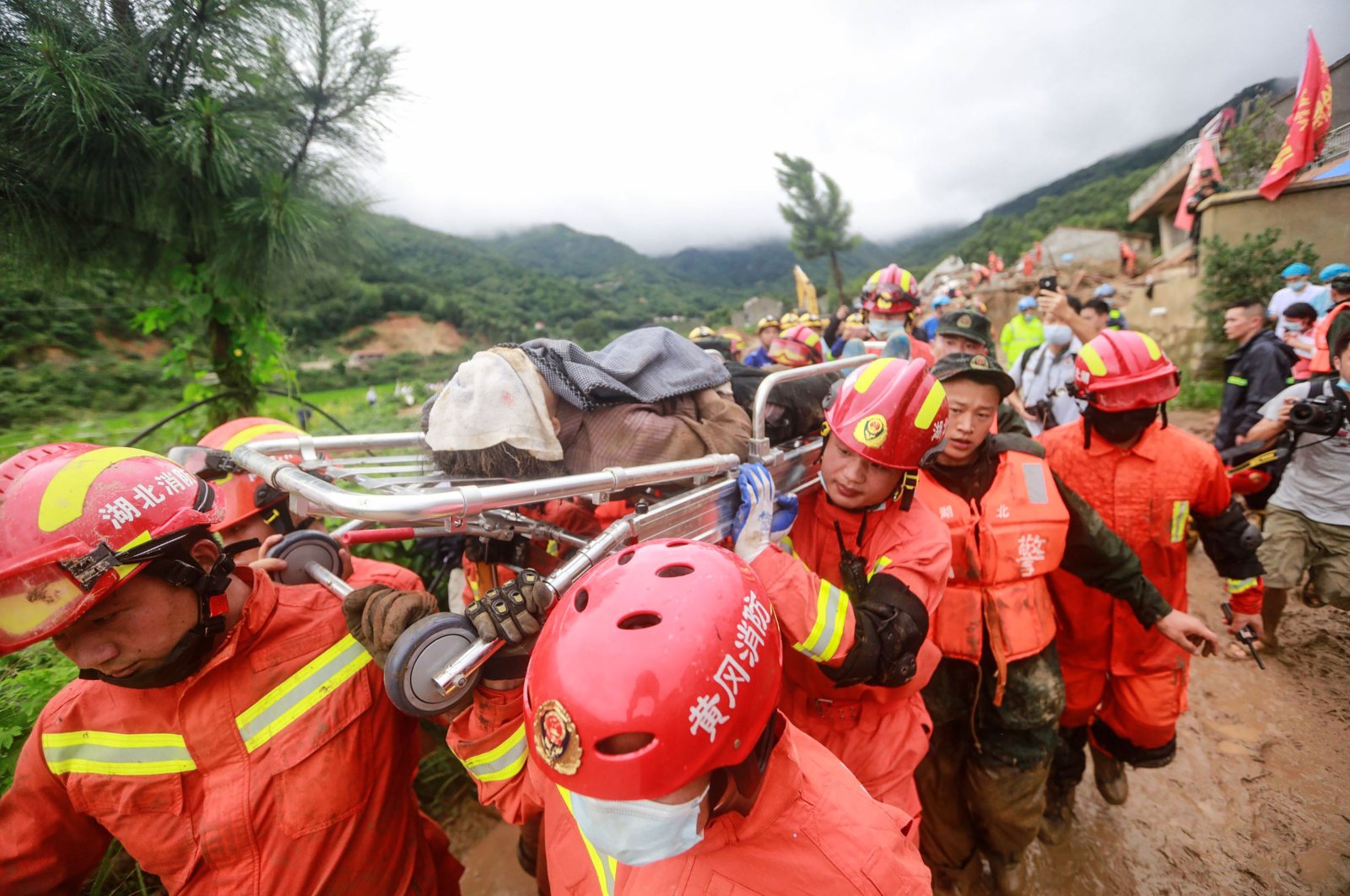 Heavy rains and landslides in China have left at least 14 people dead or missing over the past day, burying houses and causing scenic areas to temporarily shut.

Six people have been unreachable since a landslide in southwestern Guizhou province hit three villages on Wednesday, local authorities said.

At least 156 people have been relocated, and six who were trapped had to be rescued after the incident.

Photos from the scene showed rescue workers clad in bright orange uniforms combing through mud and rubble in the mountainous regions of Tongren city, where infrastructure had been reduced to a heap.

Authorities said 19 houses were buried and 60 others were damaged.

At least 120 people have died or gone missing this year in China from flood-related disasters as of July 3, reported the state-run People's Daily, adding that the direct economic losses amount to some 41.6 billion yuan ($5.9 billion).

Various parts of China have been hit by continuous downpours since June, with the damage adding pressure to a domestic economy already hit by the coronavirus pandemic.

Another landslide in the early hours of Wednesday in central Hubei province buried five houses and nine villagers.

Some scenic areas have been forced to shut temporarily for safety reasons, with Mount Sanqing closing to visitors due to recent downpours and risk of landslides and other disasters in the area.

Besides affecting tourism, students across China sitting for the grueling college entrance examinations this week also struggled to reach test venues on time as floodwaters covered the streets in some areas.