Landslides kill 47 in western India; over 1,000 trapped by floods 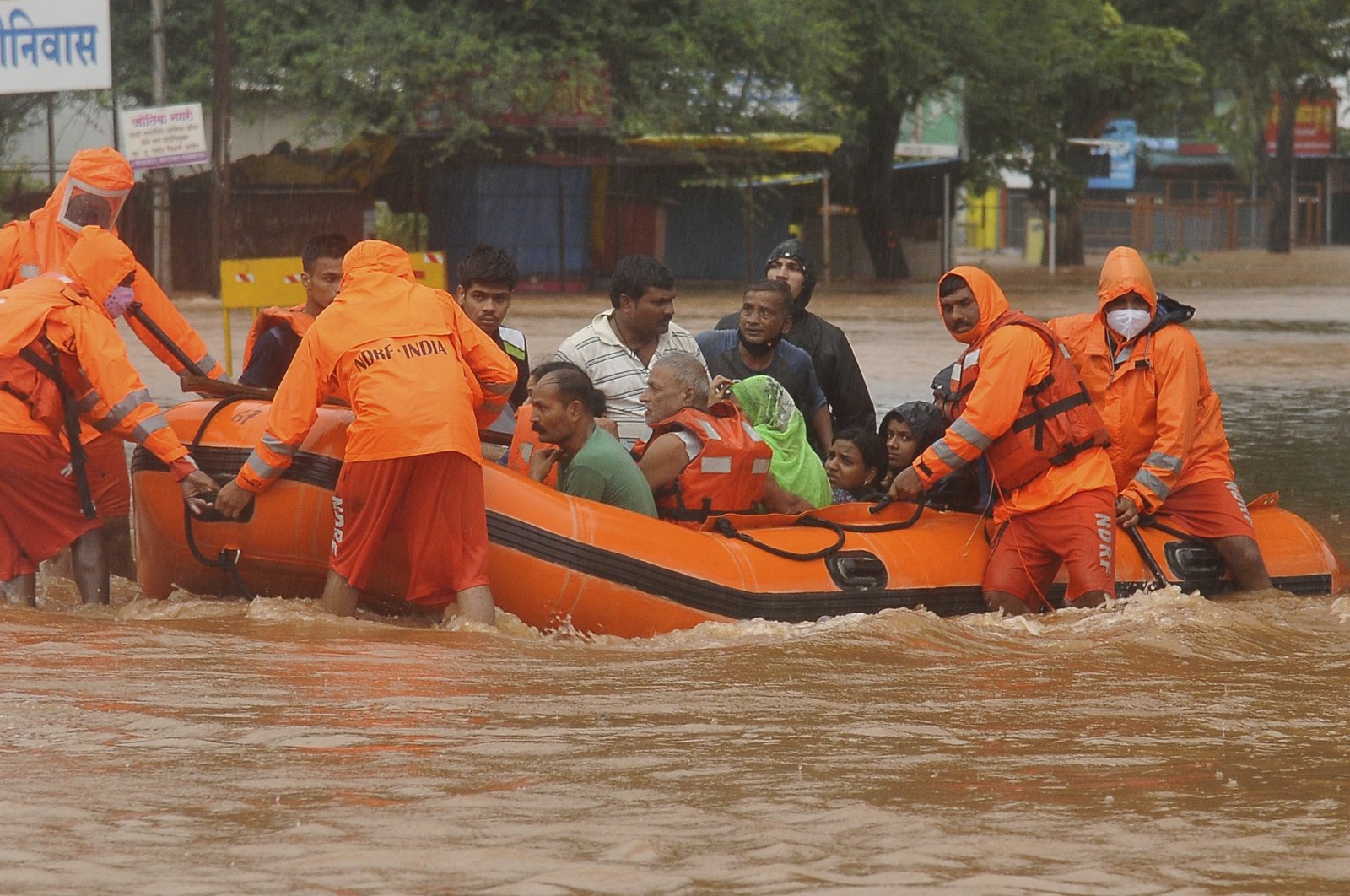 More than 1,000 people trapped by floodwaters have been rescued. The dead were killed in three landslides in the Raigad district in western Maharashtra state, said District Collector Nidhi Chaudhary.

Many of those who were rescued were stranded on rooftops and even on top of buses on highways, she said. State government official Sagar Pathak said in addition to the 47 dead, more than 30 people were missing after the landslides.

Chaudhary said the rains had slowed and water levels were receding Friday, making it easier for rescuers to reach the area. Prime Minister Narendra Modi said he was anguished by the loss of lives.

"The situation in Maharashtra due to heavy rains is being closely monitored and assistance is being provided to the affected," Modi tweeted.

Elsewhere in the region, a house collapsed Friday after heavy rains in the Shivaji Nagar area in eastern Mumbai, killing two people and injuring eight others, the Press Trust of India news agency reported.

In the Ratnagiri district, 200 people were rescued from hilly areas on Thursday after the heavy rains, according to PTI. In the coastal town of Chiplun, home to 70,000 people, more than half the area was flooded, the news agency reported.

B.N, Patil, district administrator of Ratnagiri, said he has sought the help of the army, coast guard and the National Disaster Response Force for rescue operations.

An Indian navy statement said it deployed helicopters to evacuate stranded people and sent rescue teams with boats to the region. Authorities on Friday sounded an alert in the southern state of Telangana with heavy rains causing flooding in Hyderabad, the state capital, and other low-lying areas. Meteorologists said the 30 centimeters (12 inches) of rain that has fallen so far this month in Hyderabad, one of India’s information technology hubs, is the most in July in 10 years.

The flood gates of one of the main reservoirs, Osman Sagar, were opened for the first time in a decade to discharge excess water. Last weekend, more than 30 people were killed in landslides triggered by heavy monsoon rains in and around Mumbai, India’s financial and entertainment capital.

Disasters caused by landslides and flooding are common in India during the June-September monsoon season, when heavy rains weaken the foundations of structures that are often poorly built.

The monsoon is crucial for rain-fed crops planted during the season, but the rains often cause extensive damage and kill scores of people each year. Experts said heavy rainfall along India’s western coast is in line with how rainfall patterns have changed in the region in past years due to climate change.

"The frequency and intensity of heavy rains has increased,” said Roxy Mathew Koll, a scientist at the Indian Institute of Tropical Meteorology in the western city of Pune. He added that the warming Arabian Sea is driving more cyclones and more intense rainfall over short periods of time. "Every year we need to be prepared on the west coast,” he said.