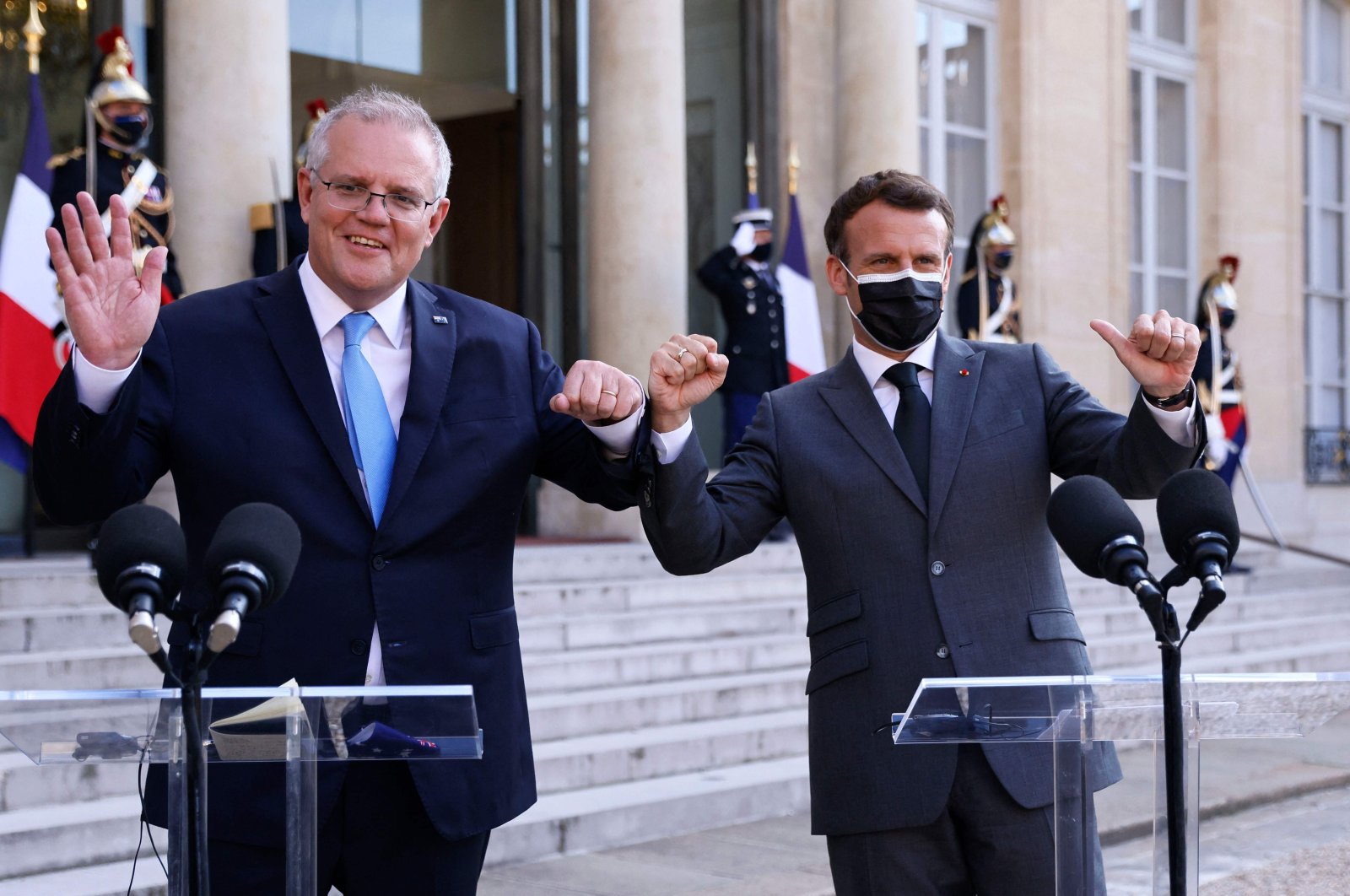 Macron reiterated that Canberra's decision to cancel a deal for conventional-powered French subs in favor of U.S. nuclear vessels "had broken the relation of trust between our two countries," his office said in a statement. "It is now up to the Australian government to propose concrete actions that could embody the will of Australian authorities to redefine the bases of our relationship and pursue joint action in the Indo-Pacific region," it said.

Paris was furious after Australia ditched the deal last month, saying it had been given no warning that Australia was instead negotiating a new defense AUKUS pact with the U.S. and Britain. Australia had signed a contract in 2016 to buy the French subs, a deal worth 50 billion Australian dollars ($36.5 billion) when signed.

France recalled its ambassadors to Australia and the U.S. in protest, with Foreign Minister Jean-Yves Le Drian denouncing "a stab in the back." Paris is also insisting on financial compensation.

"Close attention will now be paid regarding the situation for the French companies and their sub-contractors, including Australian firms, impacted by this decision," the Elysee statement said.