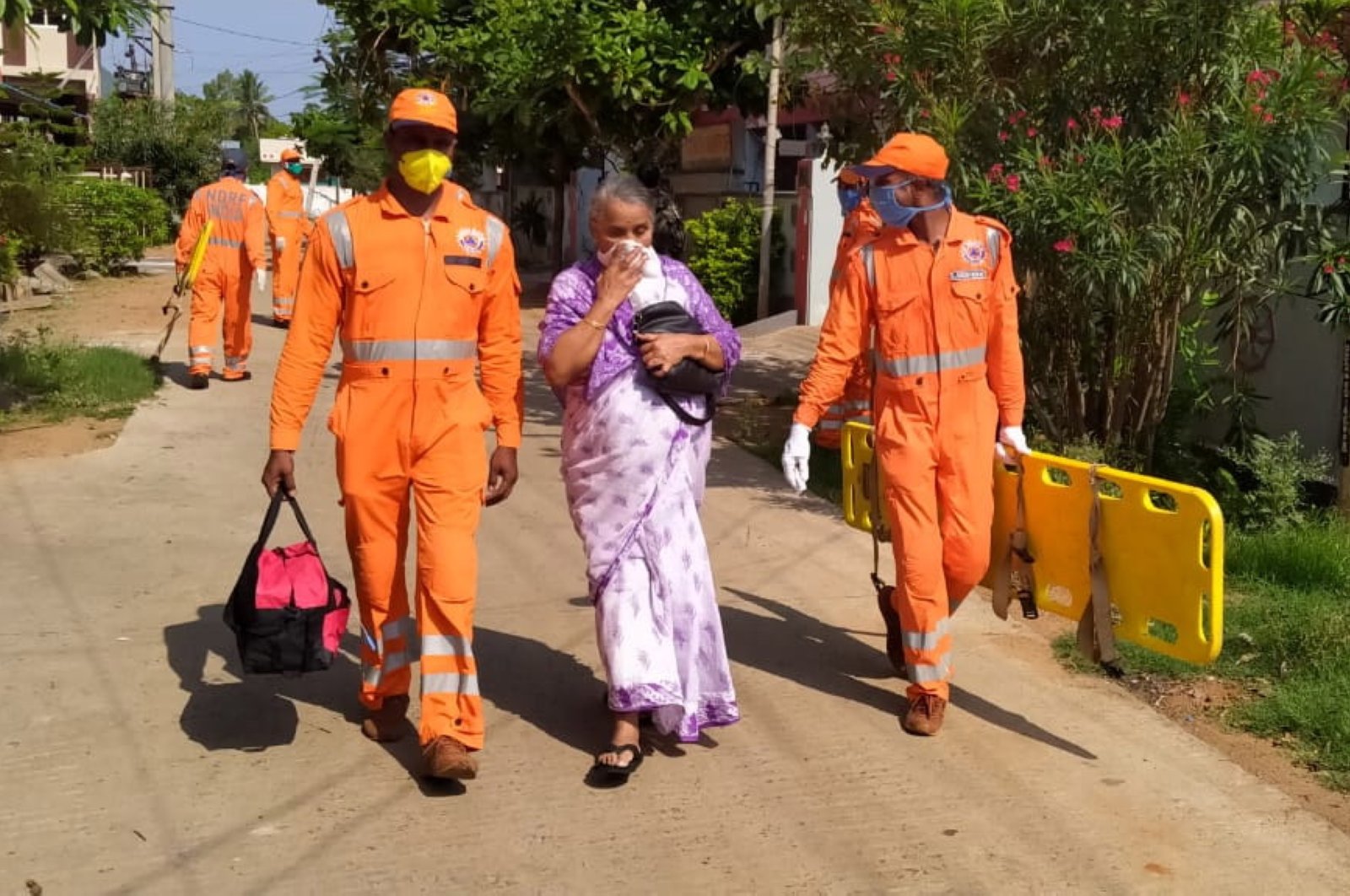 A handout photo made available by the National Disaster Response Force (NDRF) shows personnel during rescue operations after a gas leak at a chemical factory in Visakhapatnam, Andhra Pradesh state, southern India, May 7, 2020. (EPA Photo)
by reuters May 07, 2020 11:19 pm

Toxic gas began leaking again from a factory owned by LG Chem in southern India's Visakhapatnam early on Friday, an official said, triggering a wider evacuation after at least 11 people were killed following a leak from the site in the wee hours of Thursday.

"The situation is tense," district fire officer N. Surendra Anand told Reuters, adding people in a 5-kilometer (3-mile) radius of the factory were being moved out.

Hours earlier, authorities had said that the situation was under control at the plant on the outskirts of Visakhapatnam, where a leak early on Thursday sickened hundreds of people.