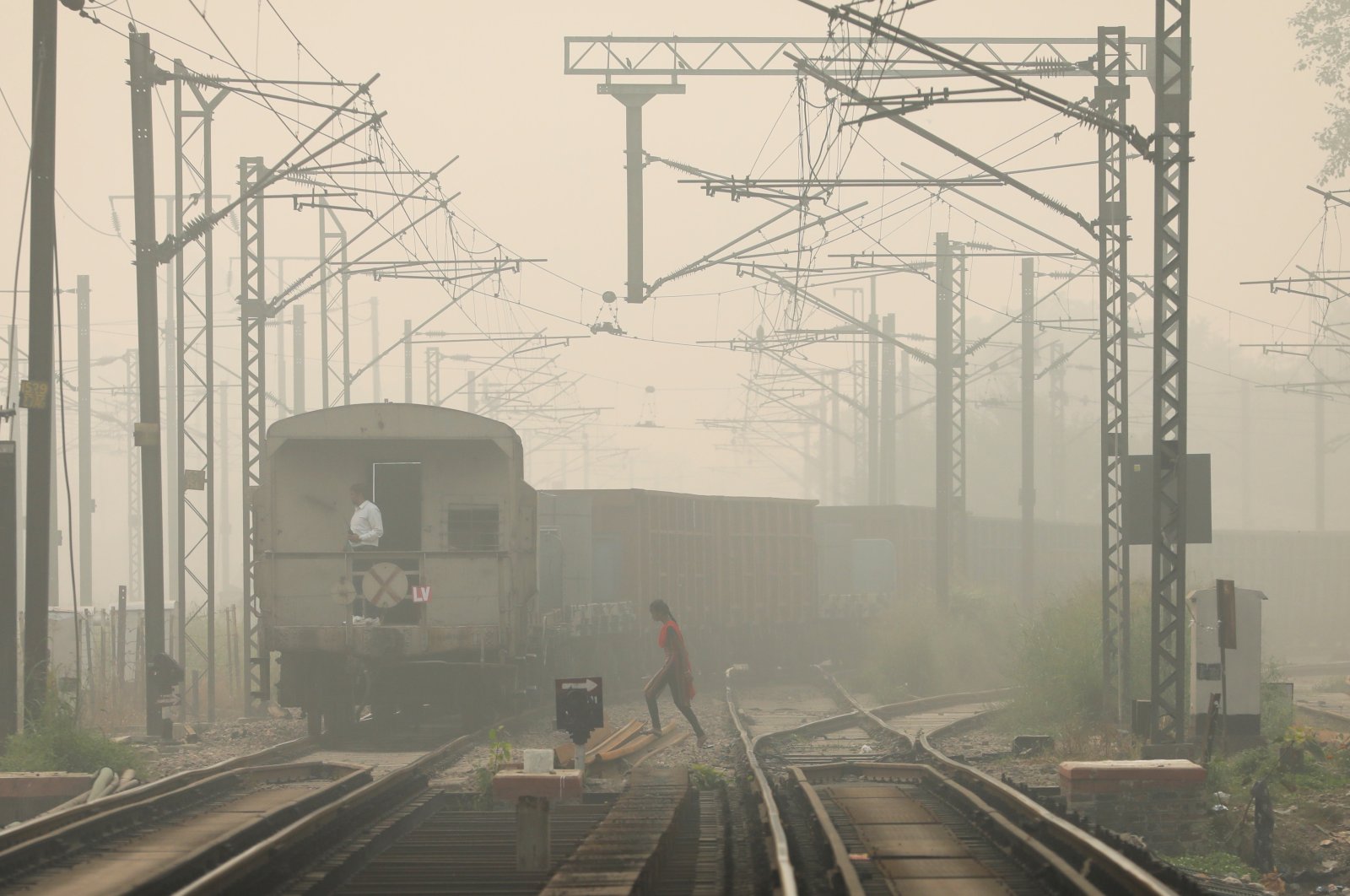 New Delhi shut down schools until further notice, urged people to work from home and banned non-essential trucks from entering the Indian capital due to dangerous levels of air pollution.

One of the world's most polluted cities and home to some 20 million people, Delhi is cloaked every winter in a thick blanket of smog.

On Saturday, the Delhi government had ordered schools to close for a week and banned construction work for four days.

But in an order passed late Tuesday, the Commission for Air Quality Management for Delhi said all education institutions should remain shut until further notice.

Lorries except those carrying essential goods are barred from entering the capital until Nov. 21 and most construction activity was halted, the order said.

"Anti-smog guns" and water sprinklers were ordered to operate at hotspots at least three times a day.

Six of the 11 thermal power plants within a 300-kilometer (186-mile) radius were told to cease operations until further notice.

The commission also said that at least 50% of staff employed in government should work from home and encouraged those in private firms to follow suit.

India has also temporarily shut down five coal-fired power plants around the capital New Delhi, according to an order from the federal environment ministry panel on air pollution.

The order comes days after the Delhi government pushed back against a call by India's Supreme Court to declare a "pollution lockdown" – a first – which would restrict the city's population to their homes.

One of the contributors to the air pollution in winter is the smoke from farmers burning their crop residue in neighboring states.

The government, however, told the Supreme Court that industry was the biggest contributor followed by vehicular pollution and dust.

This week, PM 2.5 levels – the most harmful particulate matter that is responsible for chronic lung and heart disease – have been over 400 in several parts of the city.

Last week, the levels touched 500, which is more than 30 times the maximum limit recommended by the World Health Organization (WHO).

A Lancet report in 2020 said almost 17,500 people died in Delhi in 2019 because of air pollution. And a report by Swiss organization IQAir last year found that 22 of the world's 30 most polluted cities were in India.

Meanwhile, the Pakistani city of Lahore was declared the most polluted city in the world by an air quality monitor on Wednesday, as residents choking in acrid smog pleaded with officials to take action.

Lahore had an air quality ranking of 348, well over the hazardous level of 300, according to IQAir.

Air pollution has worsened in Pakistan in recent years, as a mixture of low-grade diesel fumes, smoke from seasonal crop burn off, and colder winter temperatures coalesce into stagnant clouds of smog.

Lahore, a bustling megacity of more than 11 million people in Punjab province near the border with India, consistently ranks among the worst cities in the world for air pollution.

In recent years residents have built their own air purifiers and taken out lawsuits against government officials in desperate bids to clean the air – but authorities have been slow to act, blaming the smog on India or claiming the figures are exaggerated.

"We are poor people, can't even afford a doctor's charges," shopkeeper Ikram Ahmed told AFP. "We can only plead with them to control the pollution. I am not a literate person, but I have read that Lahore has the worst air quality and then comes India's Delhi. If it continues like this, we will die."

"Before, I used to come (for a walk) with my children but now I don't bring them out with me," Saeed the labourer said. "There are factories and small industries operating here, either shift them somewhere else, give them compensation or provide them with modern technology, so we can get rid of this smog."