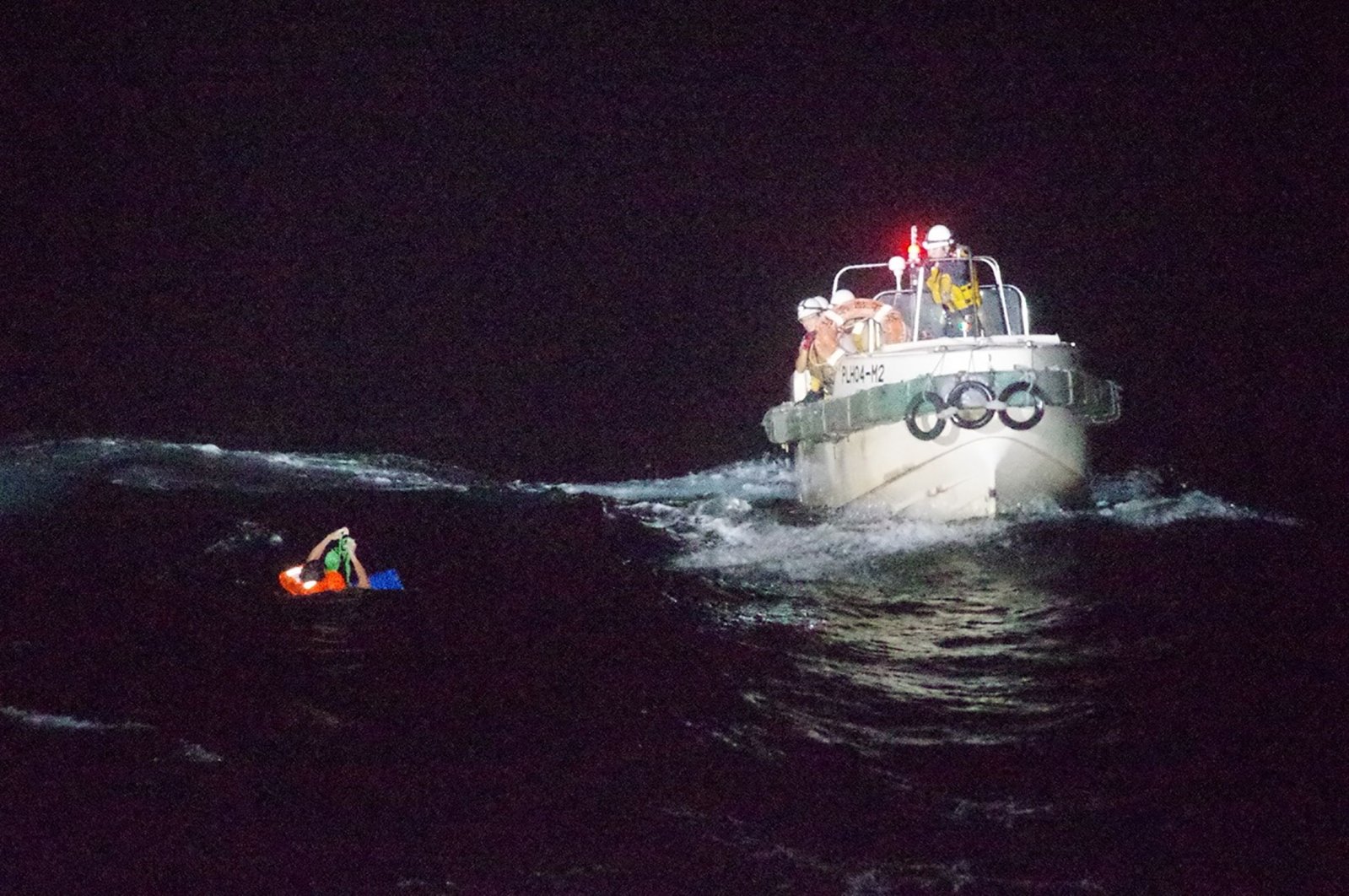 Japanese rescuers were searching Thursday for a livestock ship with 42 crew members on board that a survivor said sank during rough weather a day earlier off a southern Japanese island, the coast guard said.

The Filipino crew member was rescued late Wednesday after the Japanese navy P-3C surveillance aircraft spotted him wearing a life vest and waving while bobbing in the water.

The man, who is in good health, told rescuers the ship capsized before sinking, said spokesman Yuichiro Higashi at the Japanese coast guard’s regional headquarters conducting the search.

The 11,947-ton Gulf Livestock 1 ship was carrying 5,800 cows west of the western coast of Amami Oshima in the East China Sea when it sent a distress call early Wednesday. The cause of the distress was not immediately known, but the weather was rough in the area due to Typhoon Maysak.

The typhoon has since passed the area and the weather during the ongoing search is fine, Higashi said.

The ship’s other crew includes 38 from the Philippines, two from New Zealand and another two from Australia.

The ship, owned by Gulf Navigation Holding based in the United Arab Emirates, left the port of Napier in northeastern New Zealand in mid-August and was on its way to the port of Tangshan on China’s eastern coast.