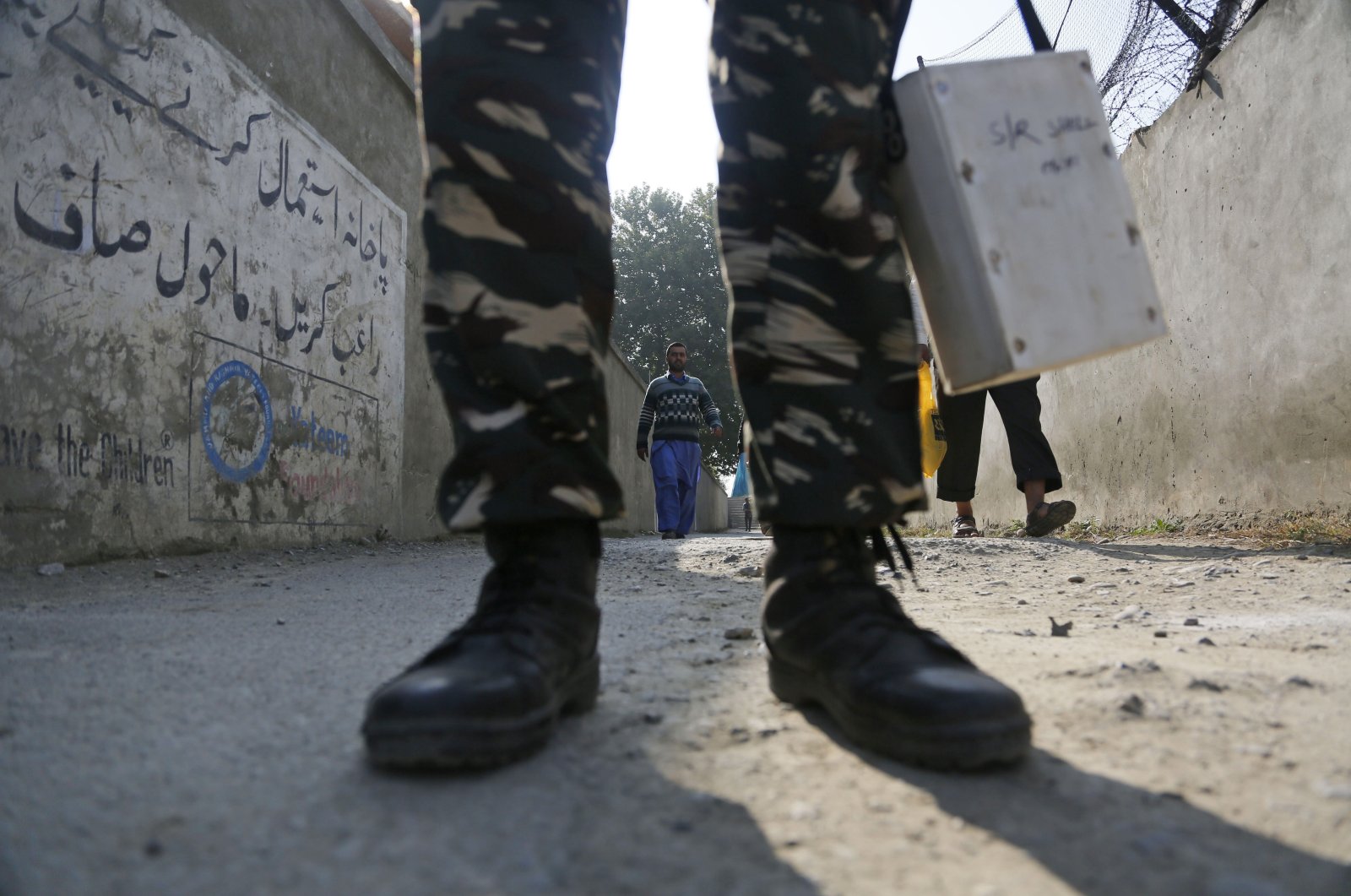 An Indian paramilitary soldier stands guard outside a polling station on the outskirts of Srinagar, Indian-controlled Kashmir, Oct. 24, 2019. (AP Photo)
by ASSOCIATED PRESS Nov 28, 2020 8:56 am
RECOMMENDED

Nearly 6 million voters across the disputed region’s 20 districts are eligible to elect 280 members of District Development Councils in a staggered eight-phase process that ends Dec. 19.

Authorities deployed tens of thousands of additional soldiers in the already highly militarized region to guard the vote. Government forces laid razor wire and erected steel barricades on roads around many of the 2,146 polling stations set up for the first phase.

Election Commissioner K.K. Sharma appealed to residents to cast their vote and "participate in the biggest festival of democracy.”

The elected members will have no legislative powers and would be solely responsible for economic development and public welfare of the region.

India says the polls are a vital grassroots exercise to boost development and address civic issues. Separatist leaders and armed rebel groups that challenge India’s sovereignty over Kashmir have in the past called for a boycott of elections, calling them an illegitimate exercise under military occupation.

Indian Prime Minister Narendra Modi’s Hindu nationalist party has fiercely campaigned for the election in the Muslim-majority region in a bid to replace local Kashmiri pro-India parties that had formed an alliance. It has vigorously opposed Modi’s government after it revoked the region’s semi-autonomous status in August last year, annulled its separate constitution, split the area into two federal territories – Ladakh and Jammu-Kashmir – and removed inherited protections on land and jobs.

Kashmir is divided between India and Pakistan and both rivals claim the region in its entirety. Rebels have been fighting against Indian rule since 1989. Most Muslim Kashmiris support the rebel goal that the territory be united either under Pakistani rule or as an independent country.

Tens of thousands of civilians, rebels and government forces have been killed in the conflict.