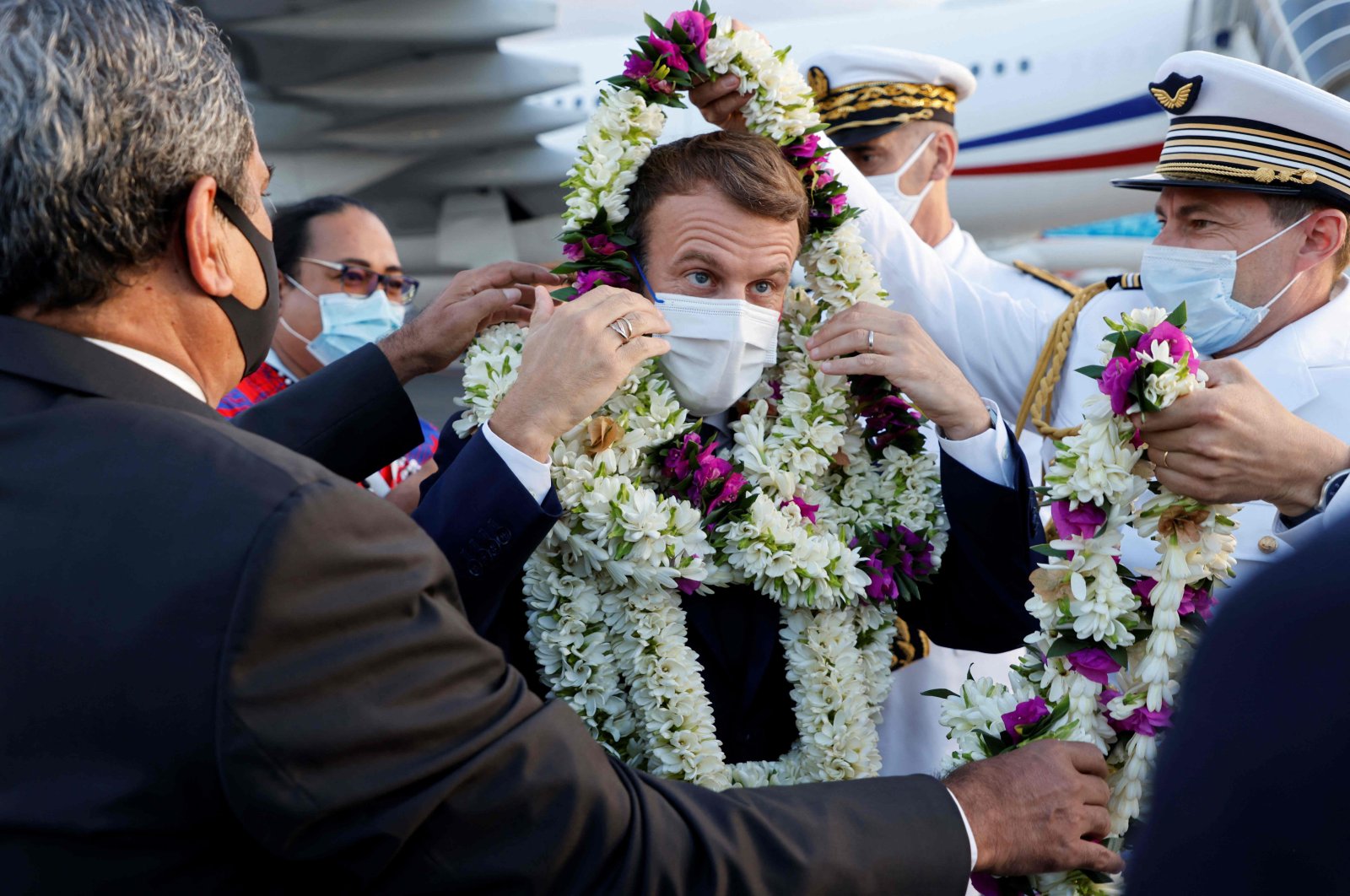 France's President Emmanuel Macron (C) is wrapped in garlands upon his arrival at Faa'a international airport for a visit to Tahiti in French Polynesia on July 24, 2021. (AFP Photo)
by French Press Agency - AFP Jul 27, 2021 6:35 pm
RECOMMENDED

Macron, the first head of state to visit the remote archipelago in French Polynesia, was greeted by a traditional ceremony of 600 dancers and musicians from its six islands.

He was the only person at the gathering wearing a suit – with everybody else clad in costumes made of leaves from the local auti plant – as he addressed a crowd from onboard a traditional Polynesian double-hulled canoe.

"This nature and this culture is our treasure," Macron said. "This is why I will fight alongside you for the Marquesas to get the UNESCO classification."

The U.N. cultural body awards World Heritage status to sites judged to be of special universal value to humanity.

Top heritage sites include the Great Wall of China, the Great Barrier Reef in Australia, Machu Picchu in Peru and the Acropolis in Greece.

Marquesa Islands authorities have been campaigning for years to get the archipelago's unique combination of "nature and culture" recognized.

"We may just be a group of small rocks in the Pacific, but we have riches that deserve to become part of the world's heritage," Polynesian culture minister Heremoana Maamaatuaiahutapu said.

Macron is on his first official trip to French Polynesia, mostly dedicated to discussing the French overseas territory's strategic role, the legacy of nuclear tests and rising seas due to global warming.

The trip is seen as a chance for Macron to highlight the extent of France's global footprint through its overseas territories, which extend from the Pacific to the Caribbean to Latin America and the Indian Ocean.

The Pacific is of particular strategic importance in the context of China's rising power.