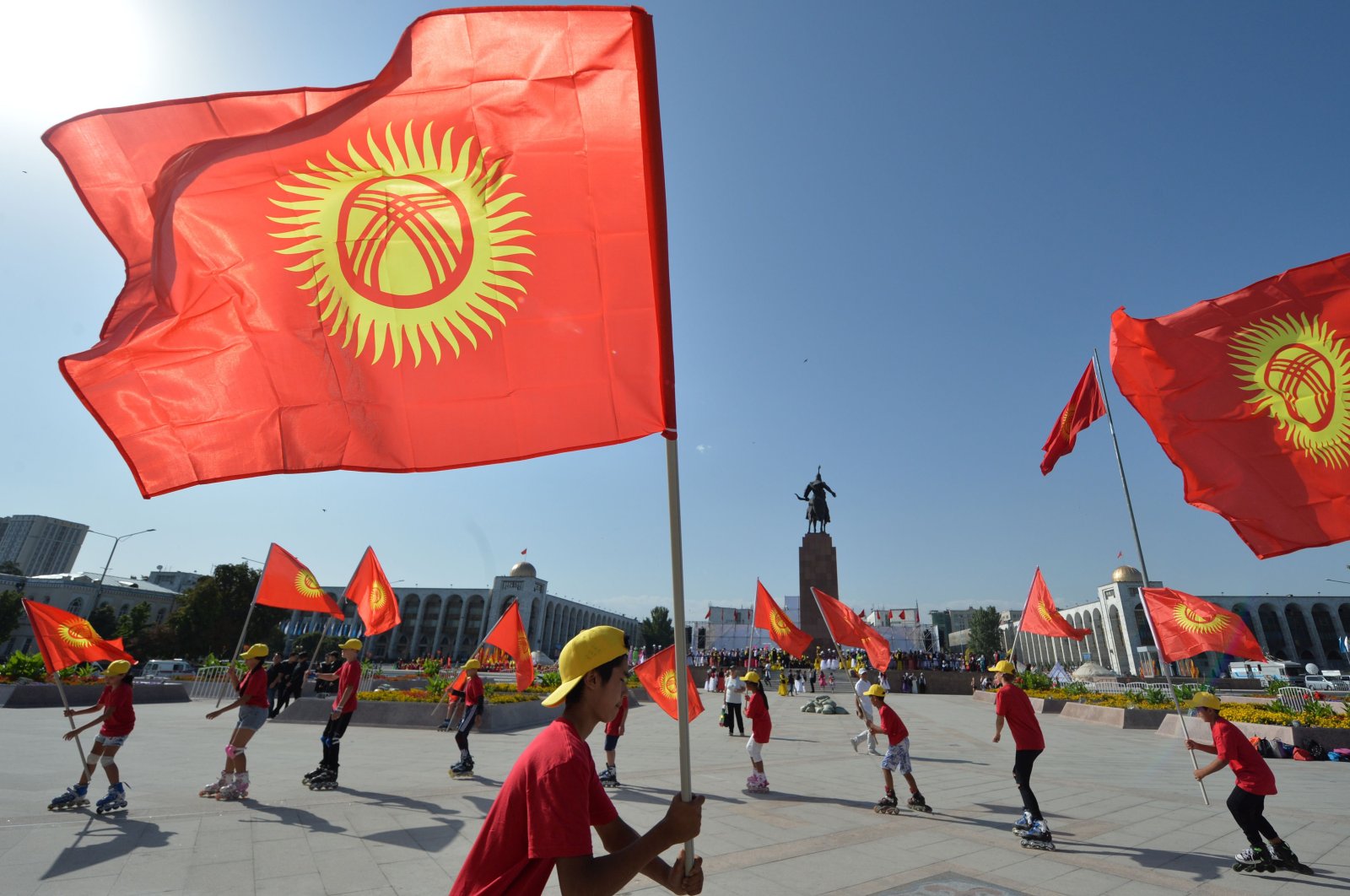 Kyrgyz dancers wave flags as they perform during the celebrations marking the 28th anniversary of Kyrgyzstan's independence from the Soviet Union at the Ala-Too square in Bishkek on August 31, 2019. (AFP Photo)
by Compiled from Wire Services Jun 16, 2020 12:18 pm
RECOMMENDED

Kyrgyzstan's ruling coalition nominated Kubatbek Boronov for prime minister on Tuesday, virtually ensuring he would get the post after his predecessor resigned due to a corruption probe against former Cabinet officials.

Boronov, 55, served as the first deputy prime minister in the previous Cabinet and worked as the Central Asian nation's minister of emergency situations in the past.

He does not belong to any of the coalition parties.

Former Prime Minister Mukhammedkalyi Abylgaziev resigned on Monday, citing a criminal probe against his former subordinates, which he said undermined trust in the Cabinet and limited its ability to combat the coronavirus pandemic.

Abylgaziev has denied any involvement in the case and all accusations against him.

"The government and the prime minister have been criticized in Jogorku Kenesh (the Kyrgyz parliament) and urged to prove their innocence in connection with the criminal inquiry into the license extension and re-registration of radio frequencies. In order to avoid accusations of pressuring the investigators and to ensure an impartial inquiry, I think I should go on a brief vacation," a statement published by Interfax on May 27 quoted Abylgaziev as saying.

"I have nothing in common with this inquiry and deem politicization of the issue to be inadmissible. Law enforcement agencies should ensure an impartial and comprehensive inquiry, and the culprits should be held liable," Abylgaziev was quoted as saying.

Speaking before coalition lawmakers, Boronov said his Cabinet would focus its efforts on curbing the coronavirus, reviving the economy and preparing for an Oct. 4 parliamentary election.