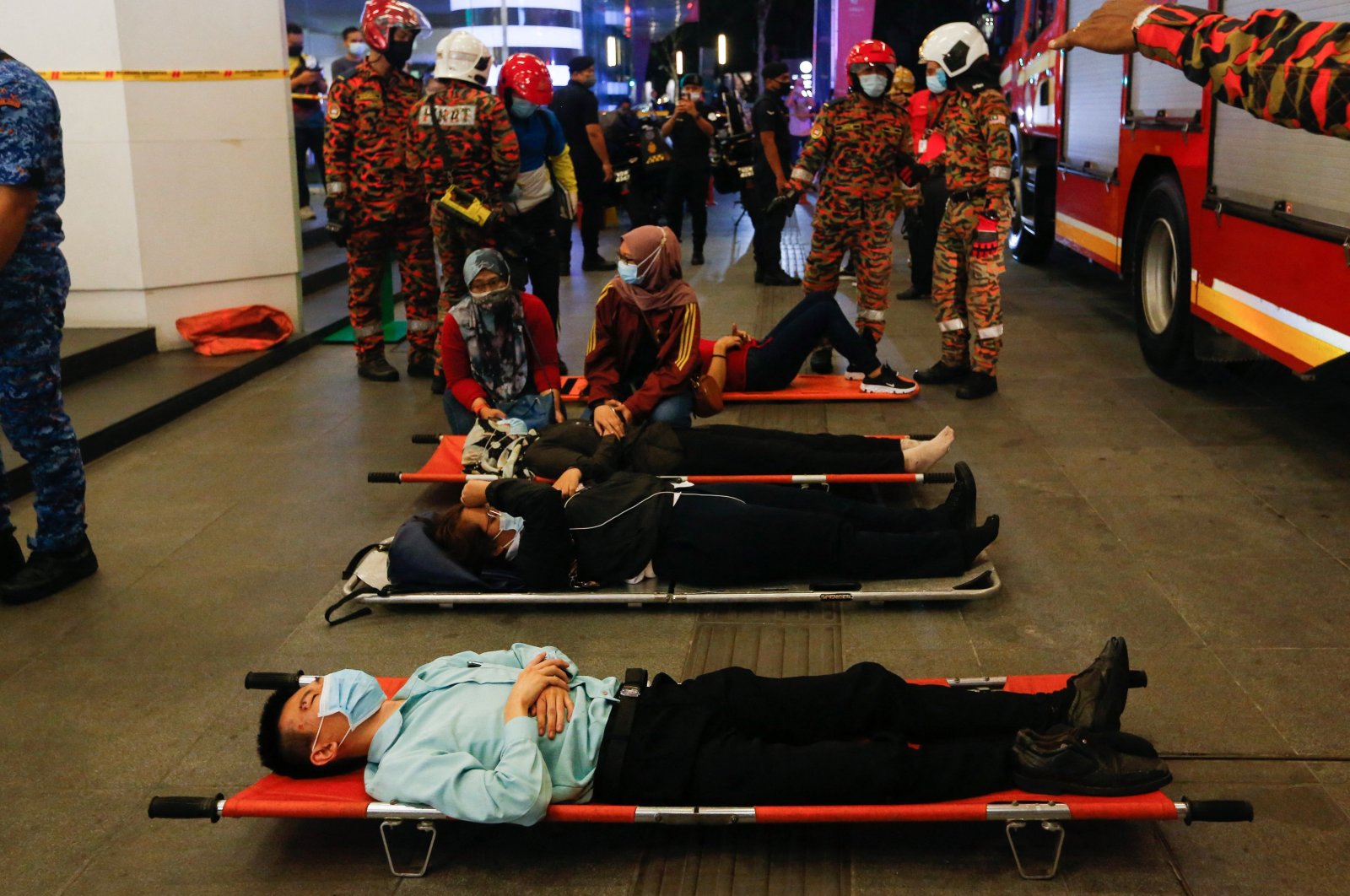 The accident happened just before 9 p.m. (1 p.m. GMT) when a packed train collided with a second that was empty and heading in the opposite direction.

Pictures circulating on social media showed injured passengers sprawled on the floor of a carriage, which was covered in glass.

They also showed people on stretchers being treated by emergency services after the accident, which happened in downtown Kuala Lumpur close to the landmark Petronas Twin Towers.

The empty train had just been repaired and was traveling on the same track as the full train.

"The front of the trains collided, and the impact threw passengers onto the floor, this caused the injuries," he said. Most suffered minor injuries but 64 were taken to hospital, and six were in critical condition Tuesday, authorities said.

The trains were not traveling fast at the time of the accident – one was going at 20 kph (13mph) and the other at 40 kph, officials said.

They also said there was no sign of foul play and the accident appeared to have been caused by miscommunication.

Prime Minister Muhyiddin Yassin said on Facebook that the crash was "serious."

"I have instructed the transport minister and (train) operator ... to conduct an in-depth probe to find out the cause of the accident," he said. Accidents are rare on the metro system that serves Kuala Lumpur.

One passenger, Lim Mahfudz, described the moment the trains collided.

It was a "real nightmare," he said.

"The impact was so strong that I suffered injuries to my head, left leg and chest," another passenger, Afiq Luqman Mohd Baharudin, told official news agency Bernama.

Shaken passengers had to be evacuated from the tunnel by emergency workers, and brought up to the surface.

The empty train had a driver at the controls and was being tested after repairs, while the full train was driverless.

Authorities say there was no sign of foul play and suspect the accident was caused by a miscommunication between the driver and the network's command center.

The accident happened close to a station under the Twin Towers, which is one of the busiest on the network. The affected line resumed services early Tuesday.

The accident was the worst on the metro system since it began operations about 25 years ago, although there have been less-serious incidents.