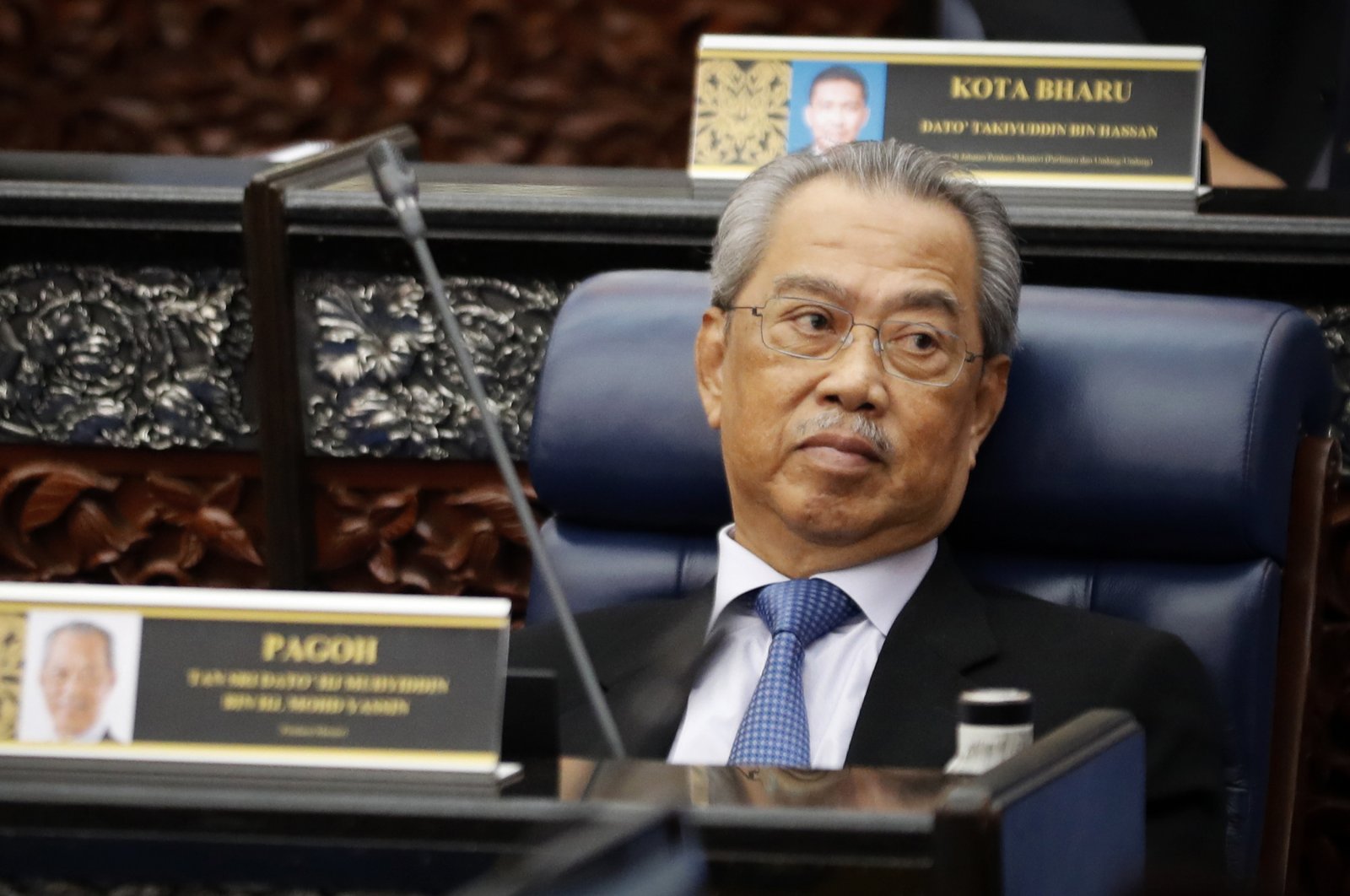 Malaysia's prime minister was accused of treason and urged to quit Thursday, after the king denounced his crisis-hit government for misleading Parliament, a rare public rebuke from the revered royal.

Prime Minister Muhyiddin Yassin leads a scandal-plagued coalition that seized power last year without an election, but his government is on the verge of collapse after allies withdrew support.

Parliament convened this week after a monthslong suspension under a coronavirus state of emergency, which critics said was a bid by Muhyiddin to cling on to power.

On Monday, the law minister told the legislature the emergency would end on Aug. 1 and that several regulations enacted under it were being canceled.

But rival lawmakers were furious, claiming Muhyiddin was just seeking to dodge a debate – and it was not clear the monarch had agreed to revoke the emergency laws, as is required under the constitution.

On Thursday the royal palace confirmed the king, Sultan Abdullah Sultan Ahmad Shah, had not given his consent and said that he expressed his "great disappointment."

The announcement about canceling the regulations was "inaccurate and confused the members of parliament," said a statement from the palace.

It "did not just fail to respect the principles of the sovereignty of the law.... but it undermined the functions and powers of his majesty as head of state," it said.

It is unusual for Malaysia's constitutional monarch, who is widely revered in the Muslim-majority country, to speak out so forcefully against the government.

After the royal statement was released, the legislature erupted in uproar with calls of "treason" and "resign" from the opposition benches.

Opposition leader Anwar Ibrahim urged Muhyiddin to quit as his government had "gone against the constitution, insulted the institution of the constitutional monarchy and confused Parliament."

Ahmad Zahid Hamidi, the president of the United Malays National Organisation (UMNO) – the biggest party in Muhyiddin's coalition – also accused the premier of treason and urged him to resign.

Zahid had already announced earlier this month that UMNO was withdrawing support for Muhyiddin, although some party members were still believed to be backing the premier.

There was no immediate reaction from the premier, and it was not clear whether the rebuke would have any impact.

The regulations enacted under the emergency give authorities extra powers to punish virus rule breakers, as well as some other tools to fight the pandemic.

Even when the emergency ends, the country will remain under a strict lockdown as it faces a worsening outbreak.