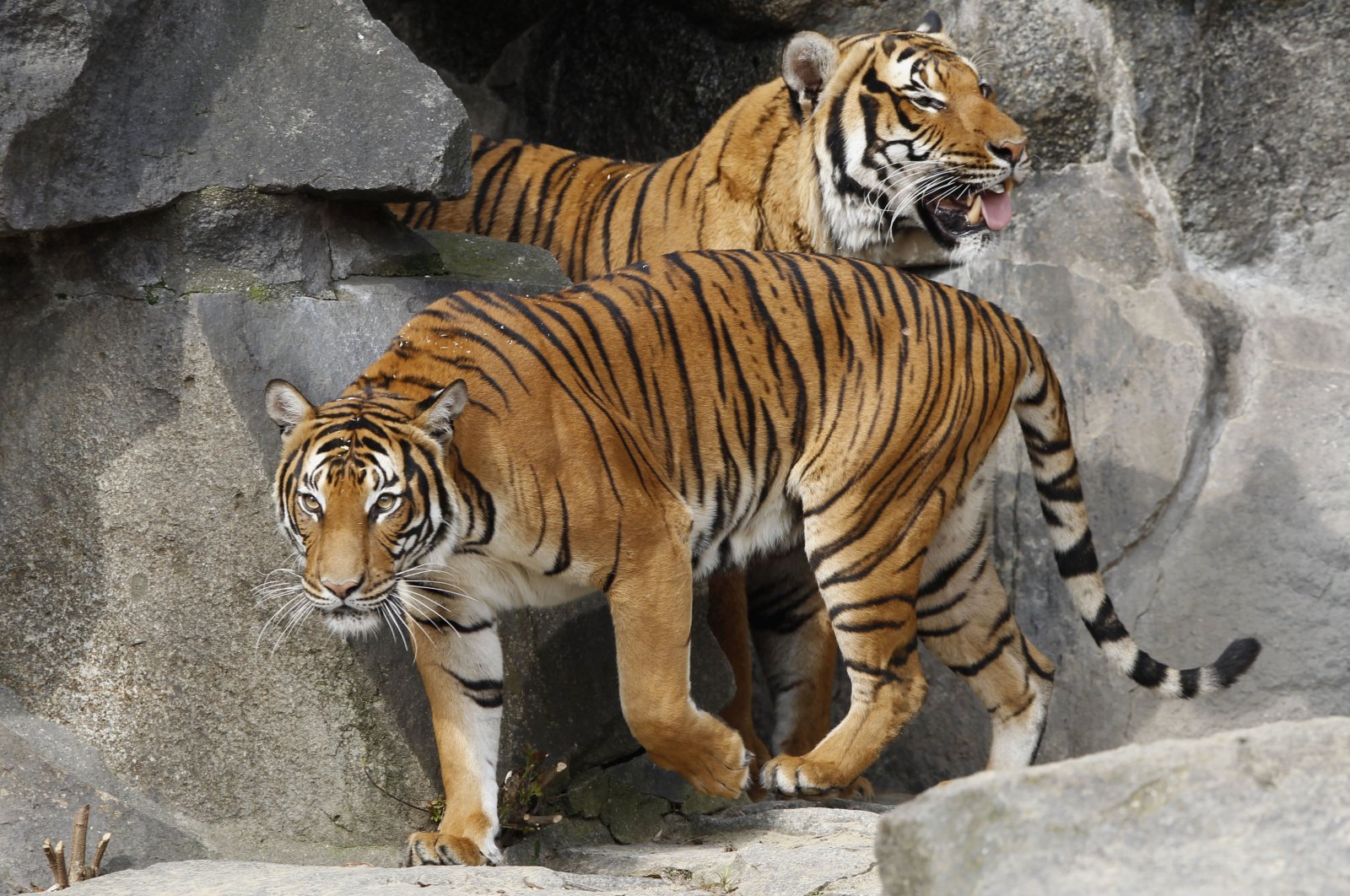 Adult Indochinese tigers are presented to the media for the first time at their outdoor cage at Tierpark Friedrichsfelde Zoo in Berlin, Germany, April 3, 2012. (Reuters Photo)
by German Press Agency - DPA
Nov 09, 2020 4:55 pm

Ly Hai Tho, 28, was detained for "violations of regulations on the protection of endangered and rare animals," the online newspaper Vnexpress reported, quoting police.

Police had linked Tho to a wild animal trafficking ring and raided his house.

Police said they found an Indochinese tiger carcass, along with a stuffed tiger head and a stuffed bear head at the man's house.

At the police station, Tho confessed he was in contact with a person online who trades in wild animals and bought the Indochinese tiger, weighing about 7 kilograms (15.4 pounds) and costing $860. He then soaked the carcass in wine and displayed it in his house, police said.

Police have decided to expand their investigation after finding he stored a number of weapons in his house.

Indochinese tigers are listed as "endangered" on the International Union for Conservation of Nature (IUCN) Red List of Threatened Species.

Only 221 Indochinese tigers are estimated to remain in two Asian countries, Thailand and Myanmar, according to a January publication by the University of Oxford.