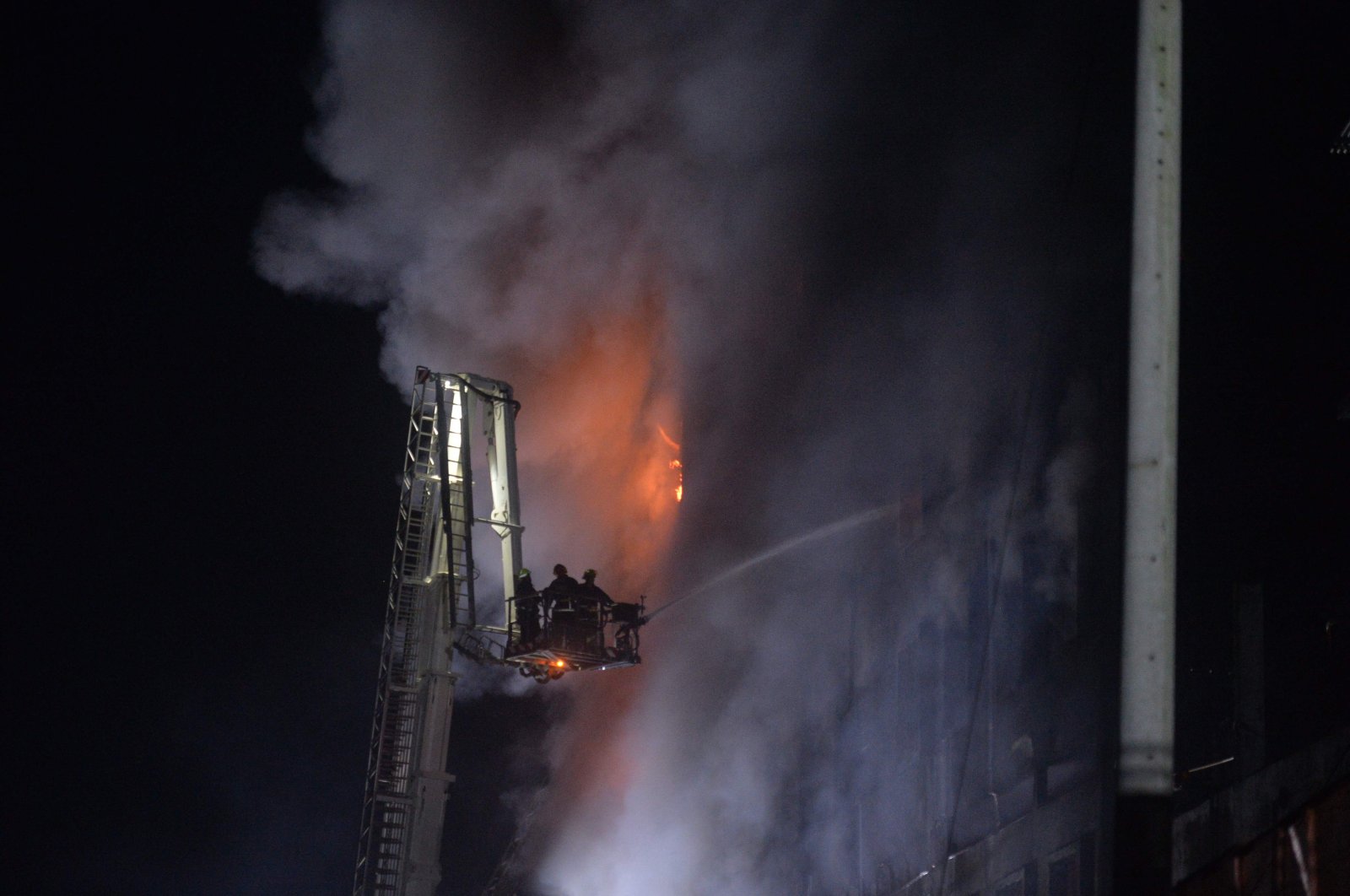 Firefighters try to extinguish a massive fire that broke out in a beverage and food factory in Narayanganj, central Bangladesh on July 9, 2021. (AFP Photo)
by French Press Agency - AFP Jul 09, 2021 11:34 am
RECOMMENDED

Bangladeshi police said Friday that a massive fire at a juice factory in Bangladesh killed at least 52 people, forcing trapped workers to jump off the top floors to save their lives.

About 30 people were injured and hundreds of distraught relatives and other workers waited anxiously outside the food factory as the fire continued to rage.

The inferno was the latest to tarnish Bangladesh's safety record marred by a series of disasters in industrial complexes and apartment buildings.

In February 2019 at least 70 people died when an inferno ripped through Dhaka apartments where chemicals were illegally stored.

The latest fire broke out at Hashem Food and Beverage factory in Rupganj, an industrial town outside Dhaka, on Thursday afternoon and was still raging almost 24 hours later.

Police initially gave a toll of three dead but it rose dramatically as firefighters reached the upper floors and started bringing out dozens of bodies of trapped workers.

The charred victims were piled in a fleet of ambulances to take them to mortuaries amid anguished shouts and tears from people watching in the streets.

Police dispersed hundreds of people who blocked nearby roads and clashed with officers.

Some of the more than 30 people injured jumped from the upper floors as flames quickly engulfed the six-story building, police inspector Sheikh Kabirul Islam said.

Emergency services were battling to put out the fire on the fifth and sixth floors. Firefighters rescued 25 people from the roof of the factory that made noodles, fruit juices and candy.

"Once the fire is under control, we will conduct a search and rescue operation inside. Then we can confirm any further casualties if any," Debashish Bardhan, fire service spokesperson, told Agence France-Presse (AFP).

Dinu Moni Sharma, head of the Dhaka fire department, said the fire took off because highly flammable chemicals and plastics had been stockpiled inside.

Mohammad Saiful, a factory worker who escaped, said dozens of people were inside when the blaze erupted.

"On the third floor, gates on both stairwells were closed. Other colleagues are saying there were 48 people inside. I don't know what happened to them," he said.

Mamun, another worker, said he and 13 other workers ran to the roof after the fire broke out on the ground floor and black smoke quickly choked the whole factory.

"Firefighters brought us down by using rope," he told reporters.

As clouds of smoke billowed from the factory building, many of the waiting relatives said they feared the worst.

Nazrul Islam said: "We came here because my niece was not receiving our phone calls for a while. And now the phone is not ringing at all. We are worried."