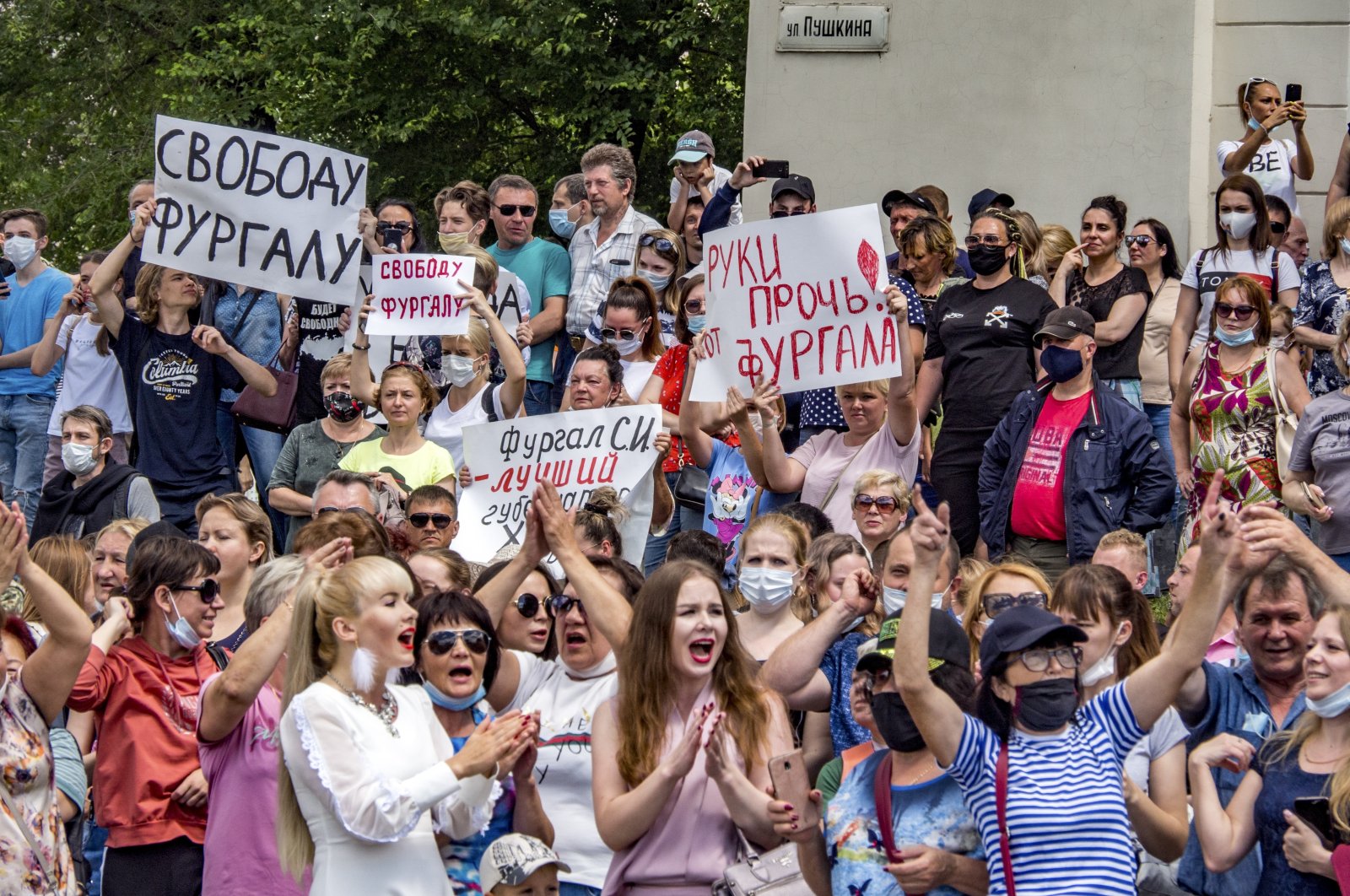 People hold posters reading "Freedom for Sergei Furgal and Hands off from Sergei Furgal!" during an unsanctioned protest in support of Sergei Furgal, the governor of the Khabarovsk region, who was interrogated and ordered to be held in jail for two months, in Khabarovsk, Russia, July 11, 2020. (AP Photo)
by Compiled from Wire Services Jul 11, 2020 2:40 pm
RECOMMENDED

Thousands of demonstrators in the Russian Far East city of Khabarovsk held a protest against the arrest of the region’s governor on charges of involvement in multiple murders.

The Saturday demonstration in the city 6,100 kilometers (3,800 miles) east of Moscow was unsanctioned but no arrests were reported. Local news media gave estimates of the crowd ranging from 5,000 to 35,000.

Local news website DVHab.ru called the rally "the biggest in the history of Khabarovsk," saying the crowds temporarily blocked traffic as they walked through the city of over 600,000.

Footage showed people shouting "Freedom!" "Moscow go away!" and "Sergei Furgal is our choice" as they walked.

Some held posters saying "We are Sergei Furgal!"

The local branch of supporters of Russian opposition leader Alexei Navalny said the protest attracted up to 40,000 people, calling it an "absolute record for our region."

Smaller rallies were held in other cities in the Khabarovsk region, reports said.

Furgal, a member of the nationalist Liberal Democratic Party, was elected governor in 2018 and is widely popular in the region. He embarrassed the ruling United Russia party, securing 70% of the vote.

Sergei Furgal, the Khabarovsk region governor, was arrested Thursday and flown to Moscow where he was interrogated and ordered to be held in jail for two months. Russia’s main criminal investigation body says he is suspected of involvement in several murders of businessmen in 2004 and 2005, before his political career began.